Latest ProjectsOther 22 May 2019
Comments Off on Reform of the Verkhovna Rada of Ukraine: Way Forward Twitter Facebook Telegram

The experts of the Agency for Legislative Initiatives have conducted an assessment of the parliamentary reform analyzing the key achievements and shortcomings in implementation. As a result, ALI proposes the Parliamentary Reform Agenda for coming new members of the parliament.

Today, the Verkhovna Rada enjoys the least trust from citizens among public institutions. This situation is clearly linked to a whole range of problems that have not been resolved within parliamentary reform over the past three years. The presentation of the Roadmap on Internal Reform and Capacity Building for the Verkhovna Rada of Ukraine by the European Parliament’s Needs Assessment Mission in the end of February, 2016 marked the beginning of a comprehensive reform of the Ukrainian Parliament.

Although much has been done to increase the institutional capacity of the parliament and to ensure its transparency, the problem of “legislative spam” has not been solved, the status of opposition and coalition has not been regulated, the Parliamentary Ethics Code has not been developed and adopted, and no effective internal procedures for approximating Ukrainian legislation to EU law have not been introduced.

Learn about  Reform of the Verkhovna Rada of Ukraine: Way Forward 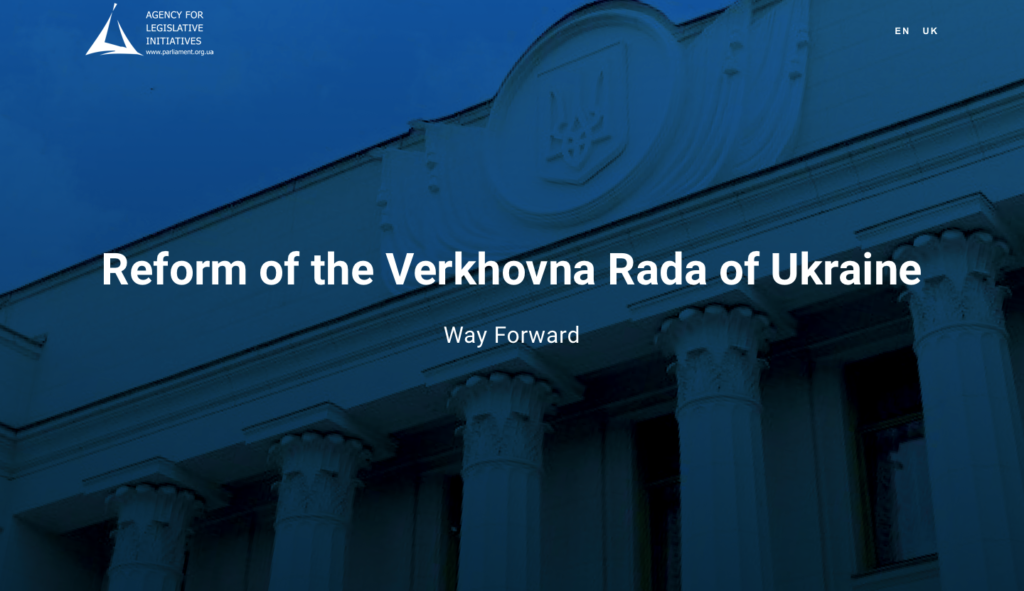