The First Seminar of the National Program of the Ukrainian School of Political Studies took place on 18-21 April 2019 in Kyiv. As every year, the First Session of the National Program aims to give participants not only a deep understanding of European values, historical, social, political, economic processes, but also become a source of inspiration and understanding of new opportunities for their own development. 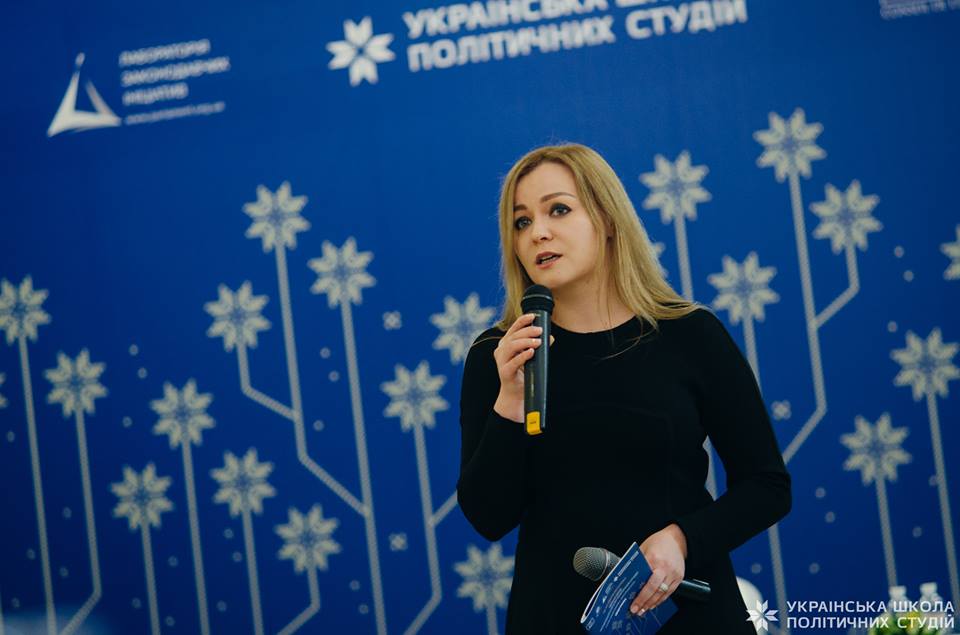 Svitlana Matviienko, Chairwoman of the Board of the Agency for Legislative Initiatives, welcomed the participants of the XIV Program, said: “USPS is a value-based platform that is designed to gather and develop leaders of change.”

European mirage of Ukraine: how to make it a reality? Ivanna Klympush-Tsyntsadze, Vice-Prime-Minister for European and Euro-Atlantic integration of Ukraine, discussing the topic, stressed that European integration is already a reality, as the level of cooperation between Ukraine and the EU is unprecedented. Ivanna also added that in the EU there is a growing awareness that without a strong Ukraine there will be no safe Europe. At the same time, our task is to inform our European partners that Ukraine is not a “problem”, but a contributor to European security and economic growth. 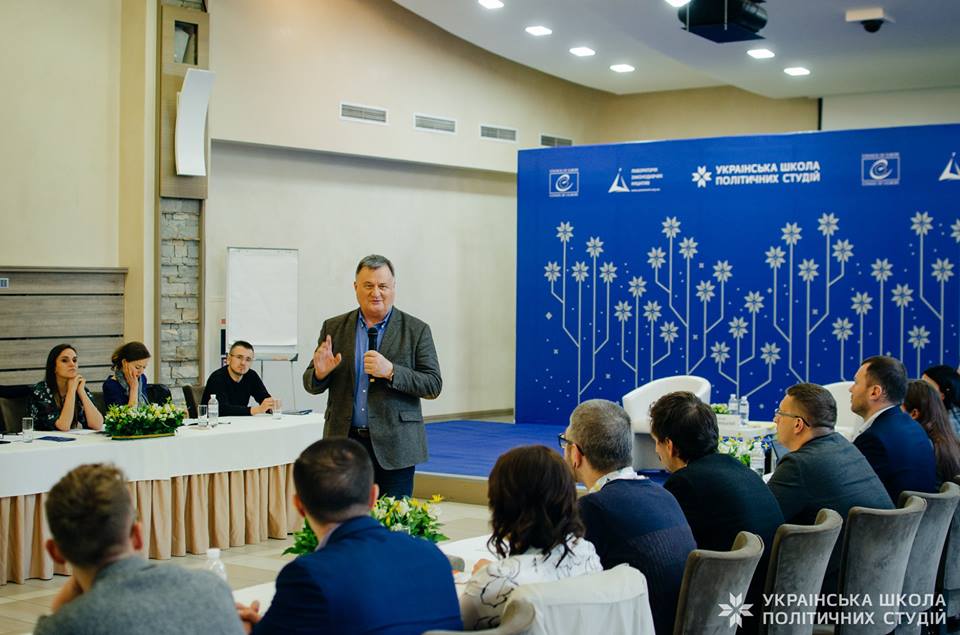 What does it mean to make responsible judgments? How to distinguish true opinion from random and unconditional judgments? This was spoken during the First Session with Yevhen Bystrytsky, Ph.D., Head of the Department of Philosophy of Culture, Ethics and Aesthetics at the Institute of Philosophy of NAS of Ukraine, a member of the Supervisory Board of the USPS. 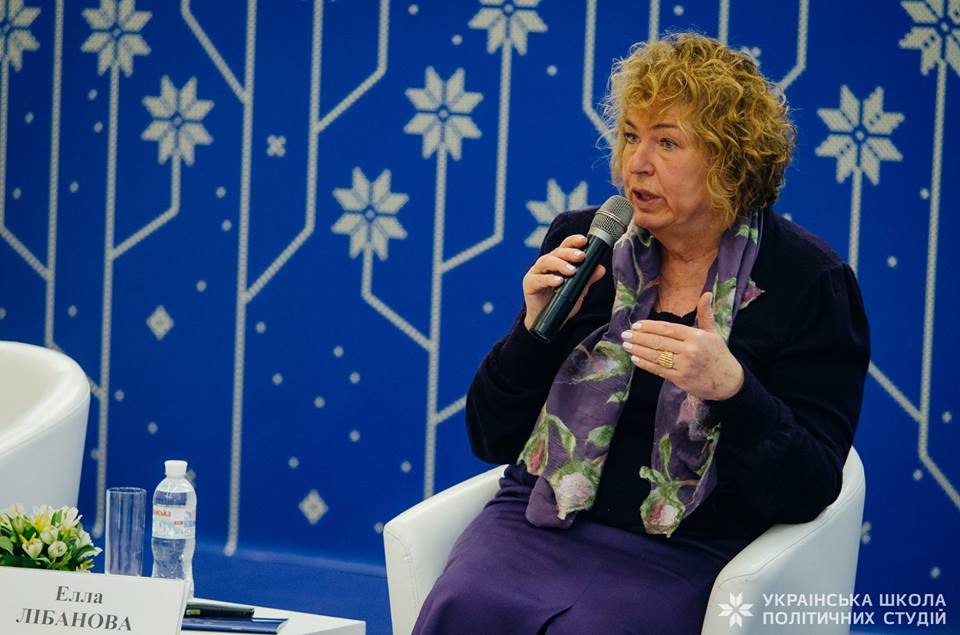 Ella Libanova, PhD, Director of the M.V. Ptukha Institute of Demography and Social Studies of the National Academy of Sciences of Ukraine, told about the features of the future demographic situation on the second day of the first session of the USPS. 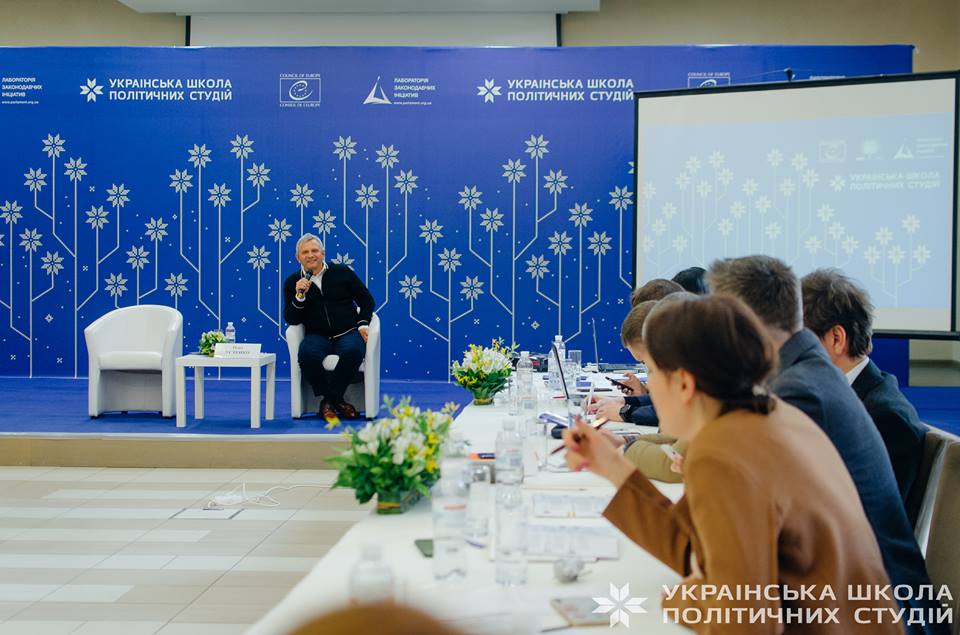 Oleg Ustenko, Ph.D., Executive director of The Bleyzer Foundation, told participants how the global and Ukrainian economy functions in a new normality. The term was introduced immediately after Trump won the US elections. Everything that was absolutely abnormal in the past has now become absolutely normal. All economic theory is based on rationality in behavior. And in conditions of new normality rationality is not always observed. Today Ukraine needs to give the world a powerful signal that our economy can be invested into. But first we need to learn how to manage public finances. Participants talked about this with Viktor Pynzenyk, Member of the Parliament of Ukraine, a member of the Committee on Budget, the Supreme Council of Ukraine, professor.

New Healthcare in Ukraine: How to Fight Myths 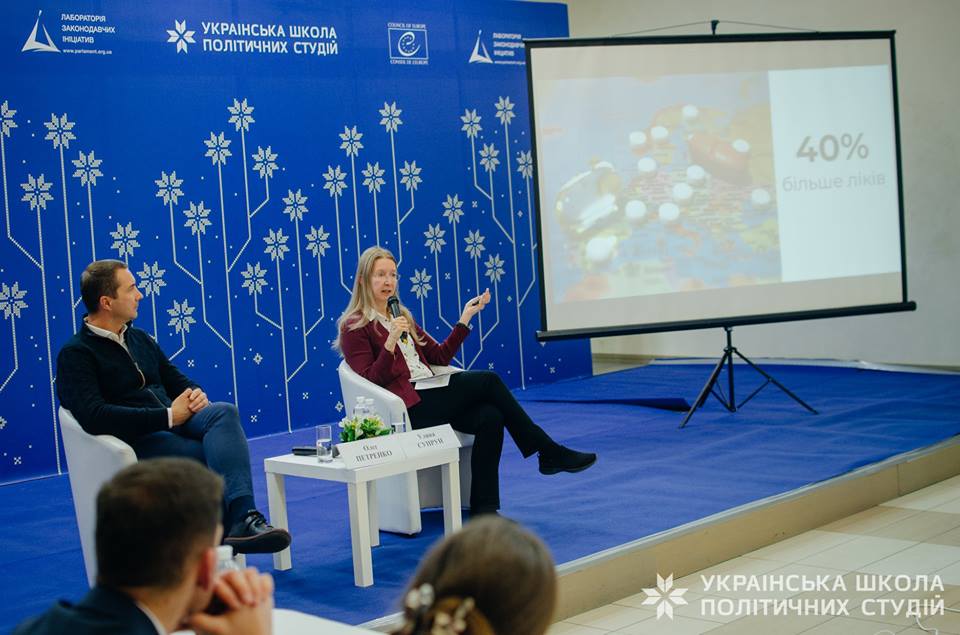 Ulana Suprun, acting Minister of Health of Ukraine, and Oleg Petrenko, Head of the National Health Service of Ukraine and USPS alumnus, talked about radical transformations in the health care system. Ulana spoke about the success of the reform and stressed the importance of a strong team of professionals who are making daily changes. Oleg shared the history of the personal path to the civil service, and outlined the main areas of responsibility of the Health Service. Always a sincere conversation. Always a challenging talk. Yulia Mostova, editor-in-chief of Mirror Weekly and member of the Supervisory Board of the USPS, gave her assessment of the current political situation. Charity, professionalism, ability to listen and hear each other is something that is not enough for today’s society and elites in particular.

Value orientations of Ukrainian society in the historical perspective 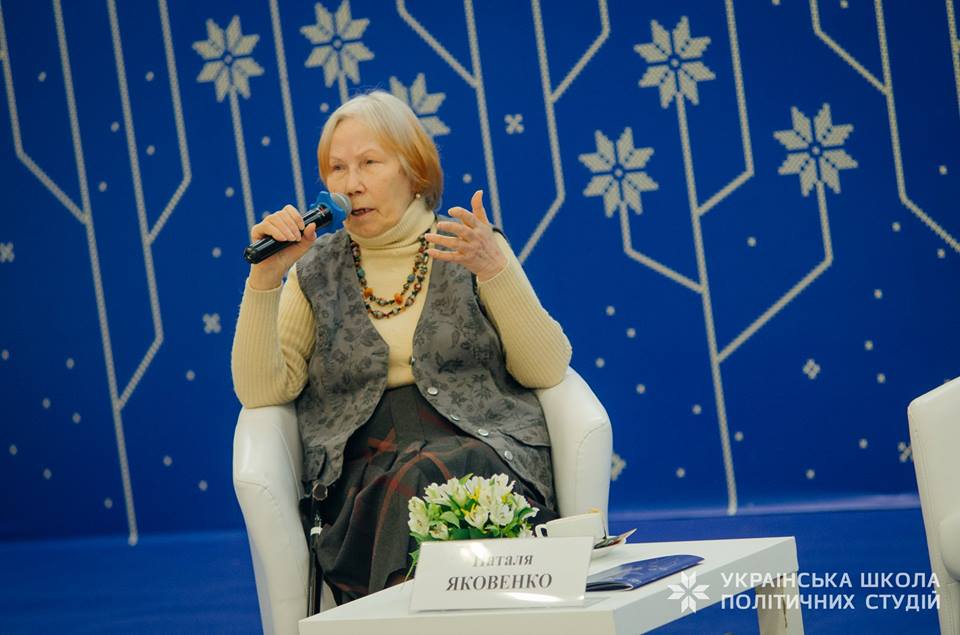 Historical consciousness is an integral part of national identity, and therefore, a significant socio-political factor. But in a post-truth era, we cannot count on a holistic identity. Natalya Yakovenko, a professor at the Department of History of the National University of Kyiv-Mohyla Academy, shared his thoughts on the value orientations of Ukrainians in a historical retrospective.

On the way home: agenda for the new government on returning Donbas 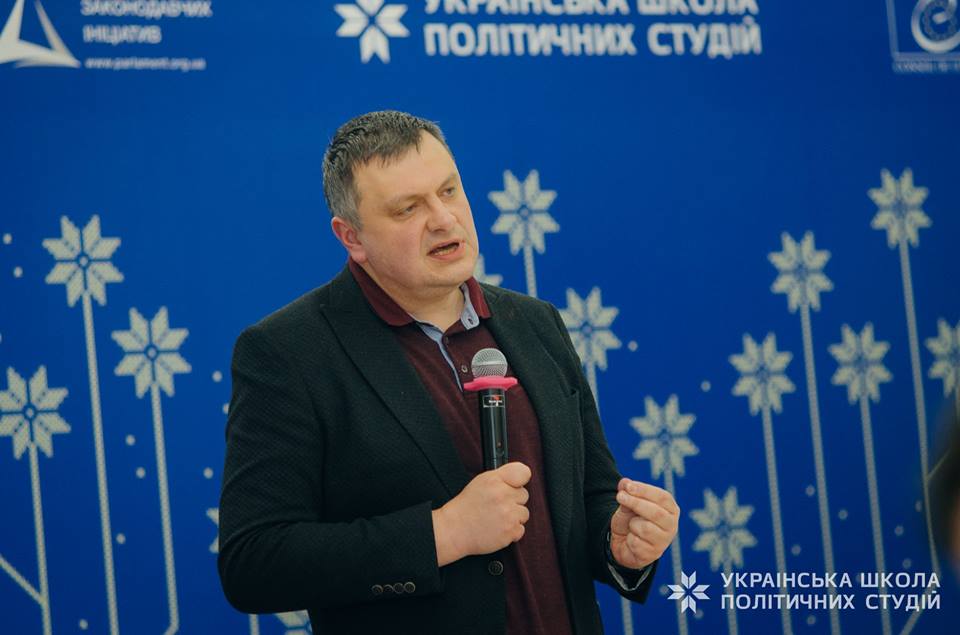 Oleksandr Lytvynenko, Deputy Secretary of the National Security and Defense Council of Ukraine, talked about an agenda for counteracting Russian aggression for the new government. Oleksander analyzed the main threats, assessed the negotiation process and described possible scenarios for the development of the situation.

Never-ending story of Crimea: have a reached a point of no return? 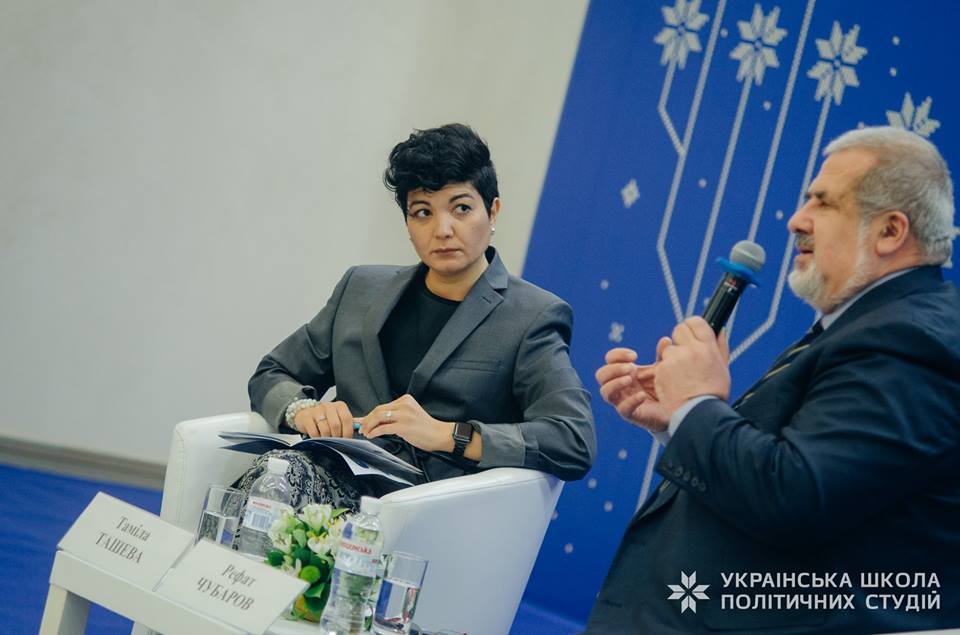 In the classical children’s book, “Never-Ending Story”, a fictitious country is absorbed by Nothing. For five years, hundreds of thousands of Ukrainians have been in the “gray area” both from the point of view of law and security, and the Crimean Tatars are being persecuted. And for five years there are no definite holistic strategies for returning the Crimea. Has the point of non-return already passed and can Nothing be diverted? In a frank conversation with Refat Chubarov, Member of the Parliament of Ukraine, Head of the Mejlis of the Crimean Tatar people, and Tamila Tasheva, Coordinator of Crimea SOS, the group talked about the future of Crimea.

Saying goodbye to the empire 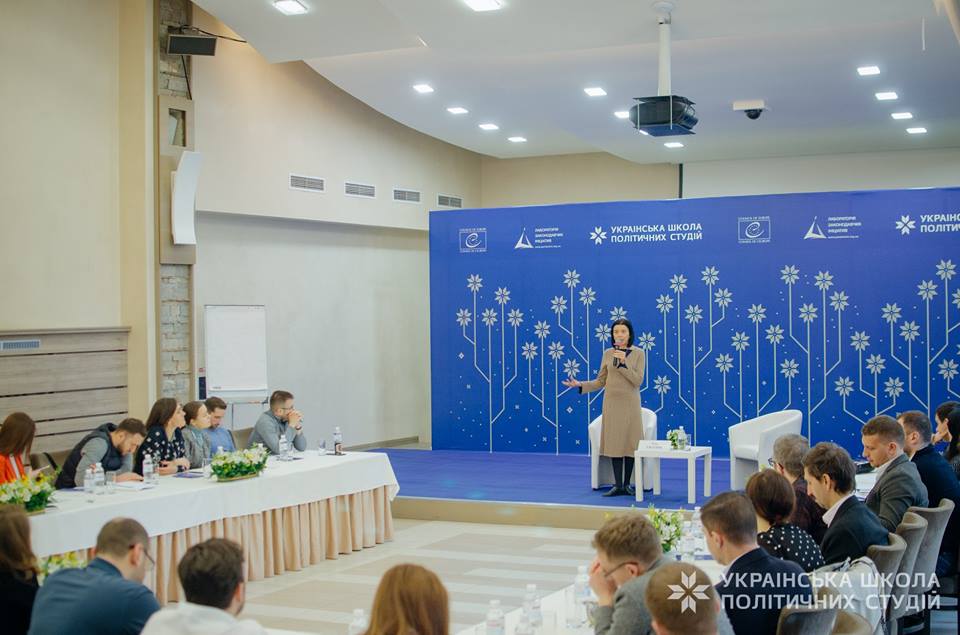 In recent decades in Ukraine there is a discussion of the main problem of the nation’s existence – its identity. The issue of Ukrainian national memory, the controversial attitude to Soviet history, the clash of ideological orientations, the European path and isolationism are actively used in the political struggle. With Ola Hnatyuk, a professor at Kyiv-Mohyla Academy and the University of Warsaw, participants discussed postcolonial legacies and the transition from ethnic identity to civic identity.

Trends in education of XXI century 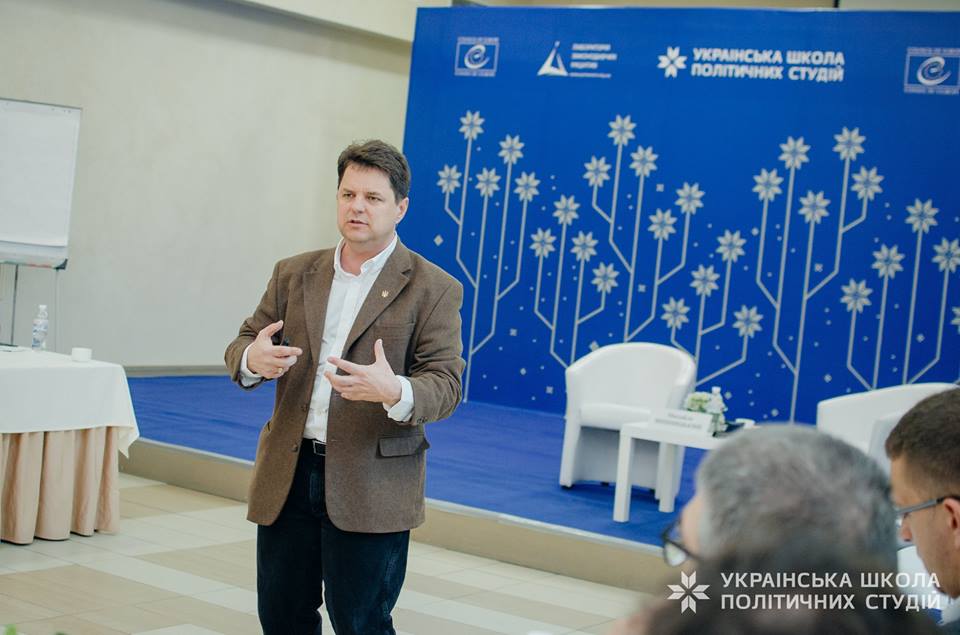