On April 12, 2019 working meeting and discussion of the research design “Civic Assessment of Public Administration Reform in Ukraine” was held.

The preparation of the research is part of the project implemented by the Agency for Legislative Initiatives within the Civic Synergy Project under the auspices of the Ukrainian National Platform of the Eastern Partnership Civil Society Forum with the financial support of the European Union and the International Renaissance Foundation. 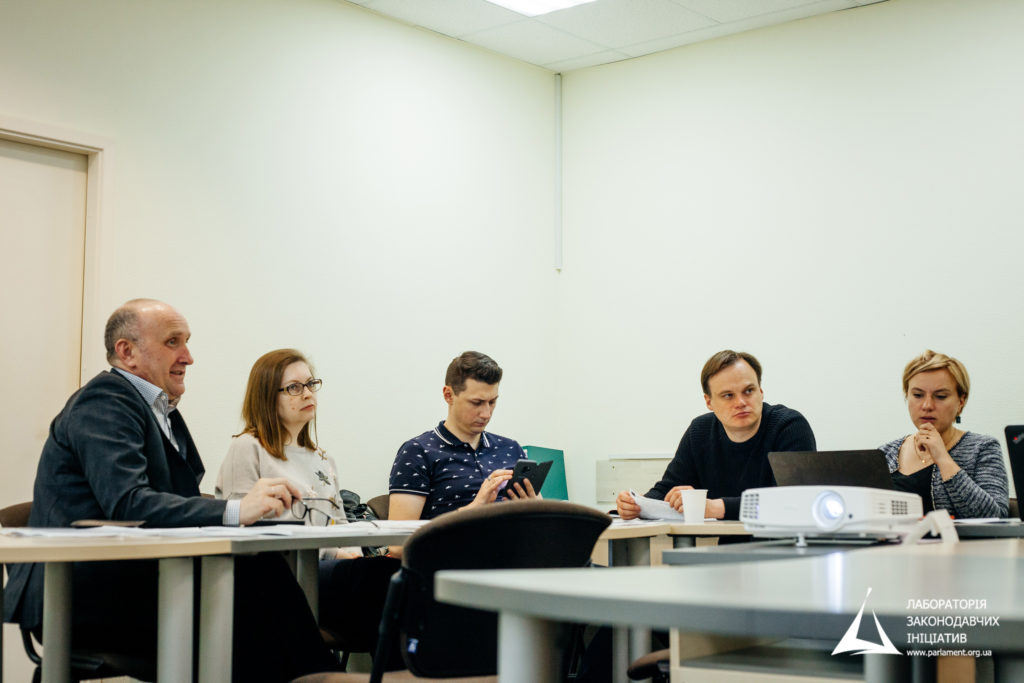 The main goal of the project is to strengthen the permanence of the reform in the scope of all European-oriented reforms by conducting the civic assessment of the implementation of EU-Ukraine agreements in the field of public administration.

The working meeting finalized the initial project phase, which involved developing a civic assessment design. Representatives of the Ukrainian National Platform of the Eastern Partnership Civil Society Forum were invited to participate in the discussion.

During the meeting, the issues of the relevance of civic assessment in the proposed format were discussed, as well as research focuses that could have changed in connection with the Government’s adoption of the new version of the Strategy of Public Administration Reform.

Among other things, civic experts suggested that they go beyond the performance indicators set by the  Strategy of Public Administration Reform, and try to propose more qualitative criteria for assessing the real impact of reform on end-users – citizens.

The next step in the implementation of the project is to hold consultations with key stakeholders, government agencies involved in the process of reform, professional  NGO, etc.

The preliminary results of the Сivic Assessment of Public Administration Reform will also be presented and discussed at the expert platform of the Ukrainian National Platform for the Eastern Partnership Civil Society Forum.

The Civic Assessment of Public Administration Reform in Ukraine will become the third ALI’s analytical report in the Shadow Report format, which assesses progress in implementing key public administration and civil service reforms in Ukraine.

Read the results of previous reports:

Its contents are the sole responsibility of the ALI and do not necessarily reflect the views of the European Union and the International Renaissance Foundation.