Agency for Legislative Initiatives decided to analyze the declaration of Parliamentary reform. 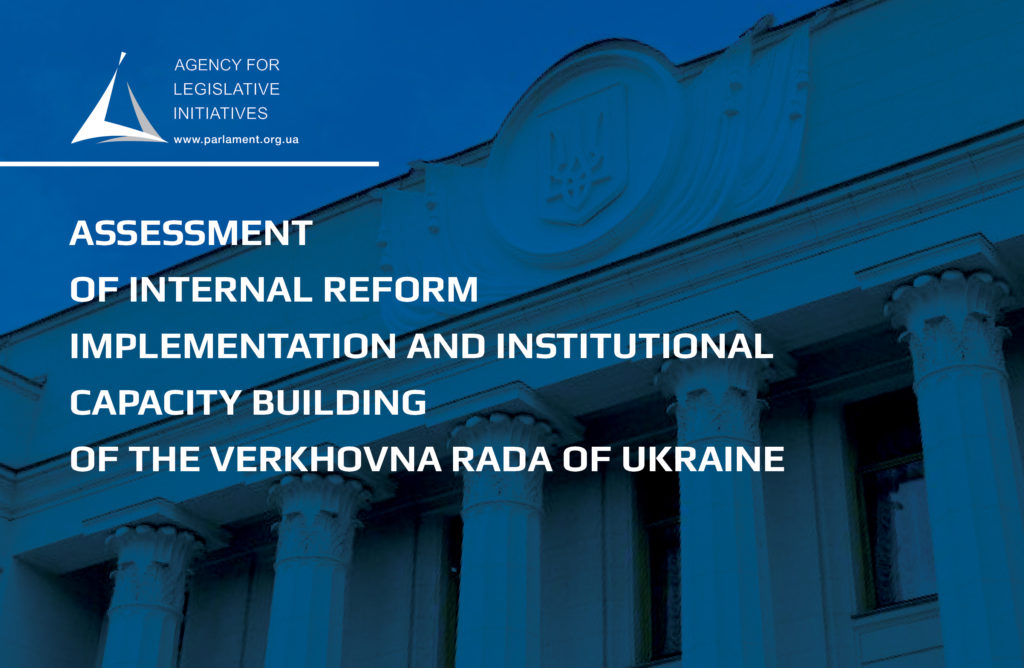 As of February 2019, many draft laws, analytical and informational materials have been drafted, strategic documents have been developed and approved, and a number of innovative tools have been introduced to improve the transparency of the work of the Ukrainian Parliament. However, only a few recommendations have been fully implemented, and none of the required legislative changes has passed the second reading. Apart from that, despite the considerable efforts of international technical assistance projects, some of the proposed tools and products have not found broad support within the Parliament.

The assessment is based on information from open sources, as well as consultations with parliamentary stakeholders. 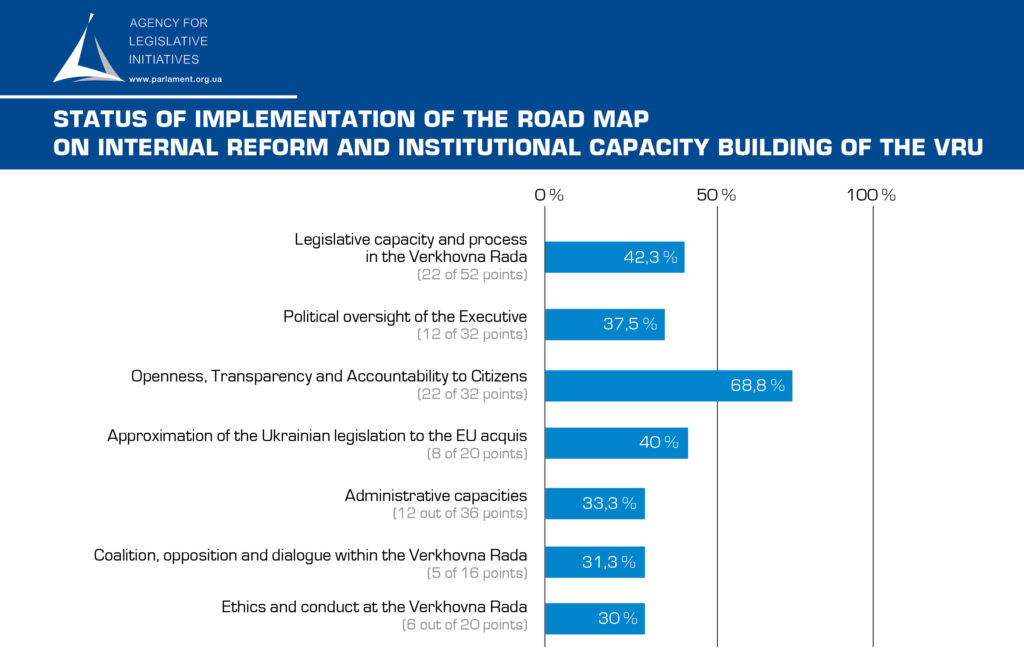 The status of implementation of all 52 Roadmap recommendations is estimated at 87 of 208 points, which amounts to 41.8%. Having examined the initiatives regarding the implementation of the Roadmap recommendations and the parliamentary reform as a whole, one can conclude that progress in the areas of reform that require amendments to the current legislation (and, hence, support of the parliamentary majority) is too slow.

At the same time, analyzing the implementation of the Roadmap recommendations on openness, transparency and accountability to citizens, one can argue that the proposals that depend for their implementation on the decisions of the leadership of the VRU Secretariat, rather than on MPs’ vote, have been implemented more promptly and efficiently. This can be illustrated by the significant progress in implementing the recommendations contained in the “Openness, Transparency and Accountability to Citizens” block (implementation level – 68.8 %).

Based on the analysis of the implementation of the Roadmap recommendations, we can propose the following steps: