Parliamentary reform is one of the most important reforms in Ukraine. Not only effectiveness of the VRU depends on this reform, but also successful implementation of all other reforms does.

European Parliament’s Needs Assessment Mission to the Verkhovna Rada of Ukraine identified the allocation of senior positions in parliamentary committees as one of the issues affecting the decision-making process in the parliament. The Roadmap on Internal Reform and Capacity Building for the VRU proposes to introduce d’Hondt principle as methodology for distributing positions in order to ensure proportional representation of people’s deputies in parliamentary committees.

The study reveals the essence of d’Hondt principle; how it works; what are advantages and disadvantages of this method; what is the international experience of its application, and which conclusions can be drawn for Ukraine.

Read The Status of the D’Hondt Method in the Allocation of Senior Positions in Parliamentary Committees (Version, in Ukrainain) 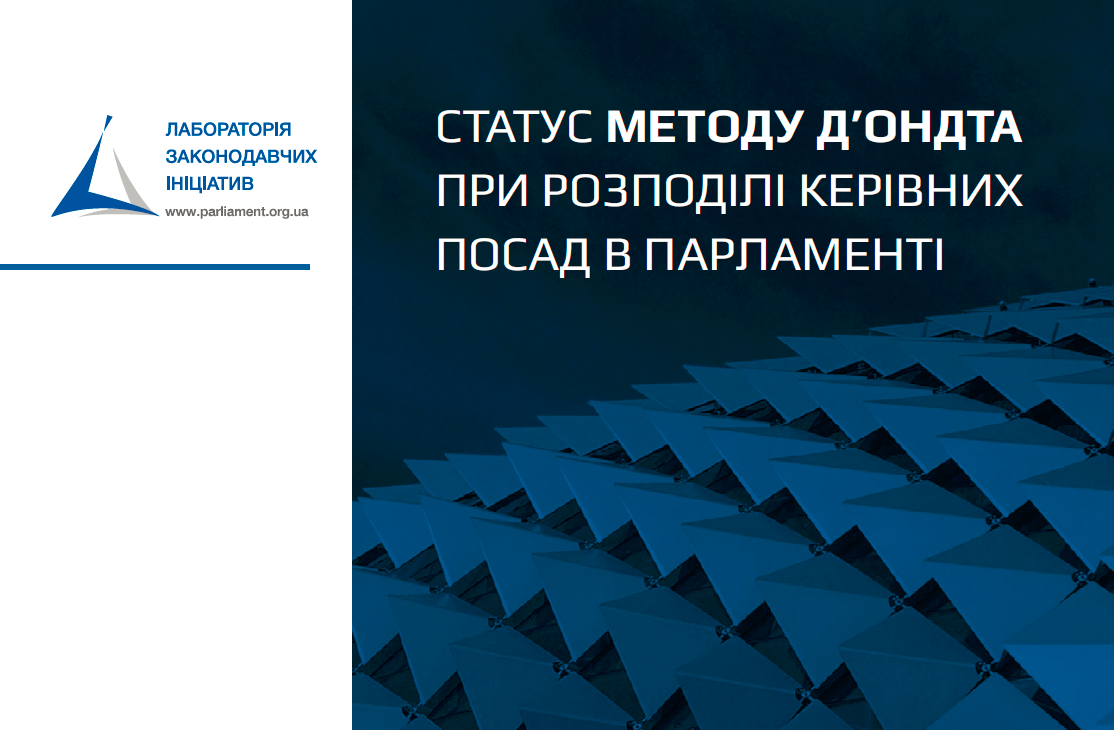