USPS participants gathered in Lviv to discuss the issues of morality of the political process, contemporary political parties and ideologies, gender equality in political and public life, the influence of politics on the cognitive evolution of humankind, the logic of making public decisions and many other important socio-political issues, which determine the future of Ukraine. 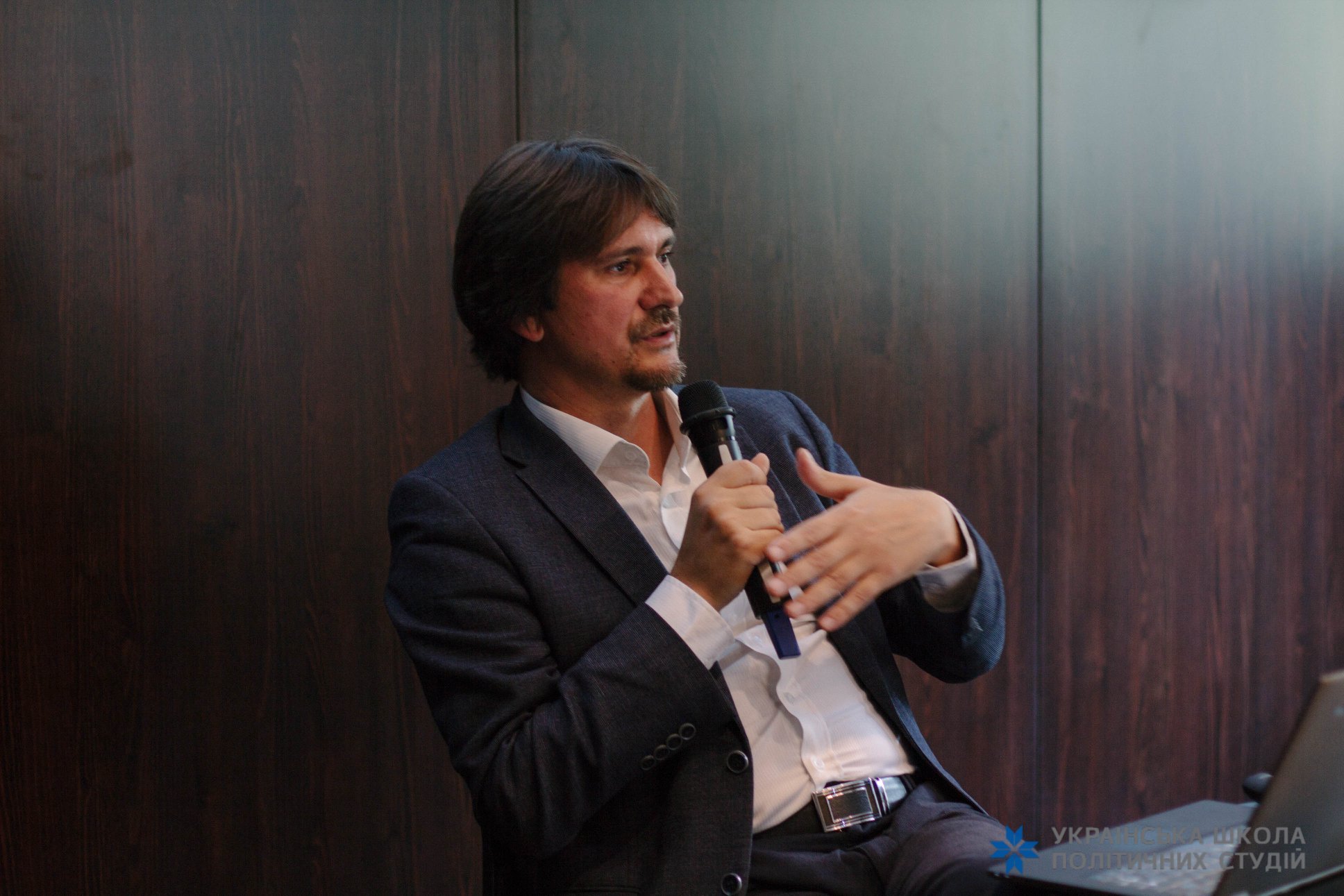 What are the interrelationships between the peculiarities of the organization of human psyche and the political process? How did politics affect cognitive evolution? How do processes in our brain affect our perceptions of politics and politics itself? What are the latest achievements of neurosciences in their projection on the specific characteristics of the political life of humans? – Denys Poltavets, an expert on civil society development, told the participants of the Ukrainian School of Political Studies.

Local development as a driver of transformation in the country 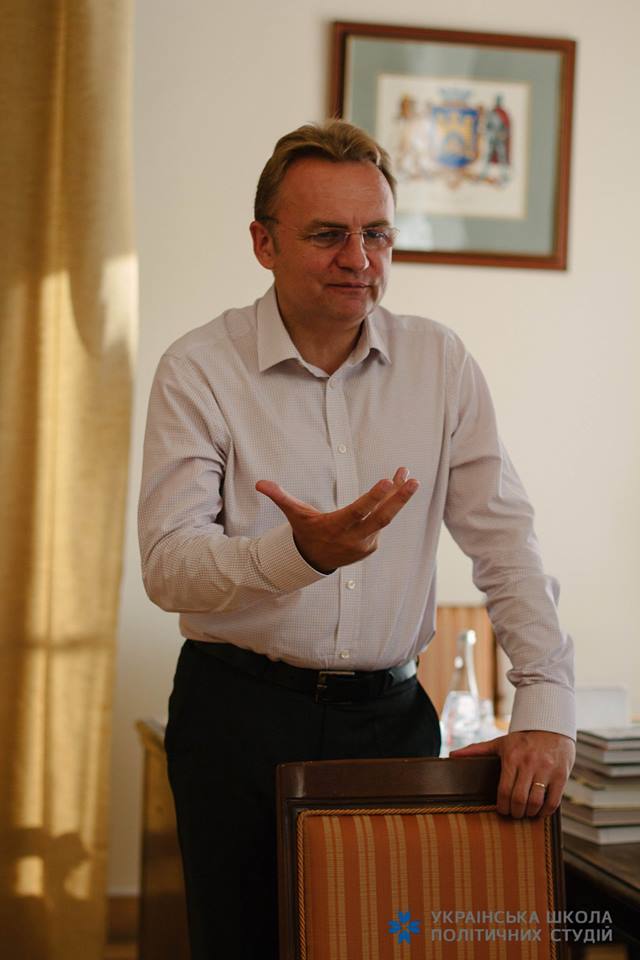 Discussion of the participants of the Ukrainian School of Political Studies on local development as a driver of transformations in the country with Andriy Sadovyi, Lviv Mayor.

Morality of the political process People tend to believe that politics and morality are incompatible each other. This tradition dates back to Machiavelli. The polar opposite position is that of Kant: people in their behavior must be guided by moral motives rather than practical needs (moral imperative). Not every successful policy is highly moral, but any immoral policy is devastating. Ukrainian realities provide a lot of illustrations of the devastating effects of immoral power. Is moral politics possible in Ukraine? Can politics be moral? Should we talk about a moral movement? – these are the topics raised by Myroslav Marynovych, Vice-Rector for University Mission, Ukrainian Catholic University, in his conversation with the School participants.

Religious component of Ukrainian political regions, or why we talk here about tomos 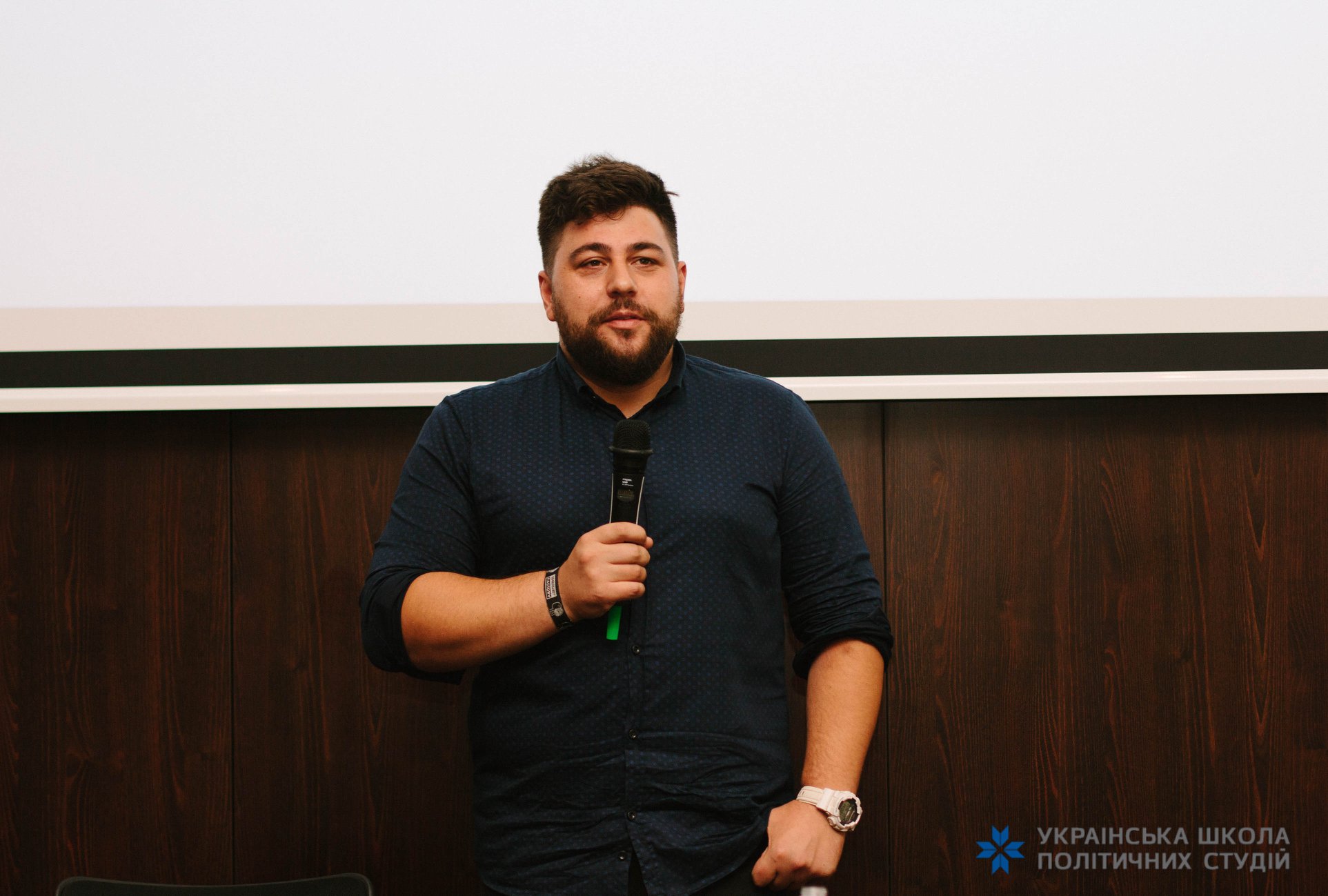 How does the church issue affect the electoral choice in the history of Ukraine? Why do politicians occasionally try to play a religious card on the eve of the election? Why does country with Hyperloop proving ground need a charter of the church presiding officer? How not to build own Russian Orthodox Church in a hybrid war with Russia? – Andriy Andrushkiv, Head of the Department of Public Policy and Advocacy, NGO Centre UA, USPS Alumnus, discussed these issues with USPS participants.

Why does the society need opened archives of the Soviet secret services? 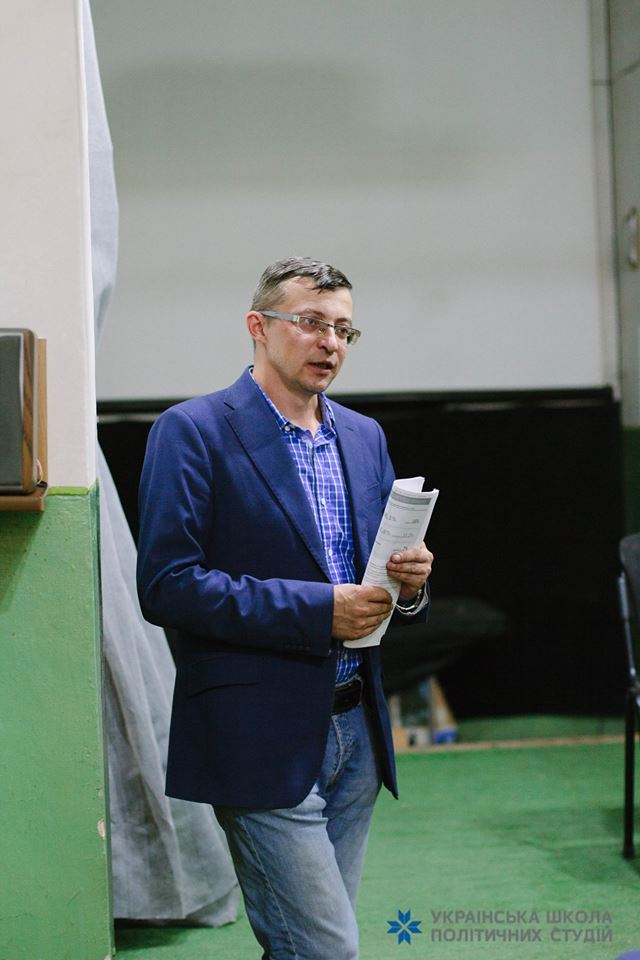 The Soviet secret services are covered with a halo of mysteries and myths. Opening up their archives is invaluable for qualitative historical research, because it is through them that we can establish real events and facts, and get rid of mythology. The open archives of the Soviet secret services are a fence that makes it impossible to return to the Soviet past, showing the crime of Soviet government and the communist regime. What secrets contain the archives of the Soviet secret services? Why open archives are important for modern Ukraine? – Ruslan Zabily, Director of the National Memorial Museum of Victims of the Occupation Regimes “Tyurma na Lontskoho” in Lviv, told participants of the Ukrainian School of Political Studies. 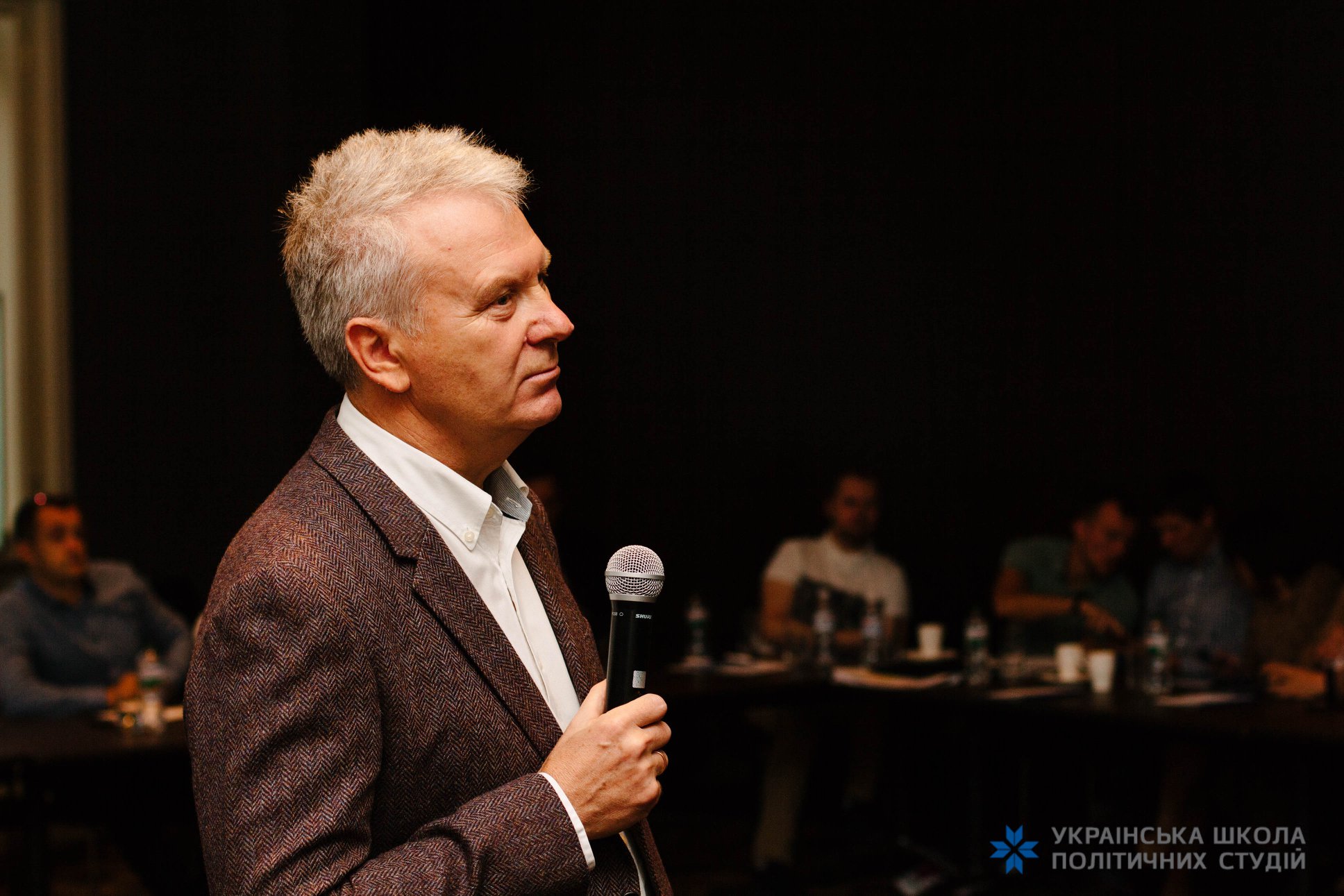 There are more than 300 political parties in Ukraine. However, how many of them can actually be called a political party? The growing importance of “all-embracing” parties is characterized by appealing directly to social groups, the increasing role of leadership groups and the personalization of politics, an increase of the influence of the groups of interest on party politics, the blurring boundaries of the parties’ social base, diminishing role of the ideological factor in developing party strategies and programs. How can Ukrainian parties be characterized? How do they position themselves before the elections? How do they build a voter relationship? – Anatoliy Romanyuk, Ph.D., Head of the Political Science Department of Ivan Franko Lviv National University, told USPS participants. 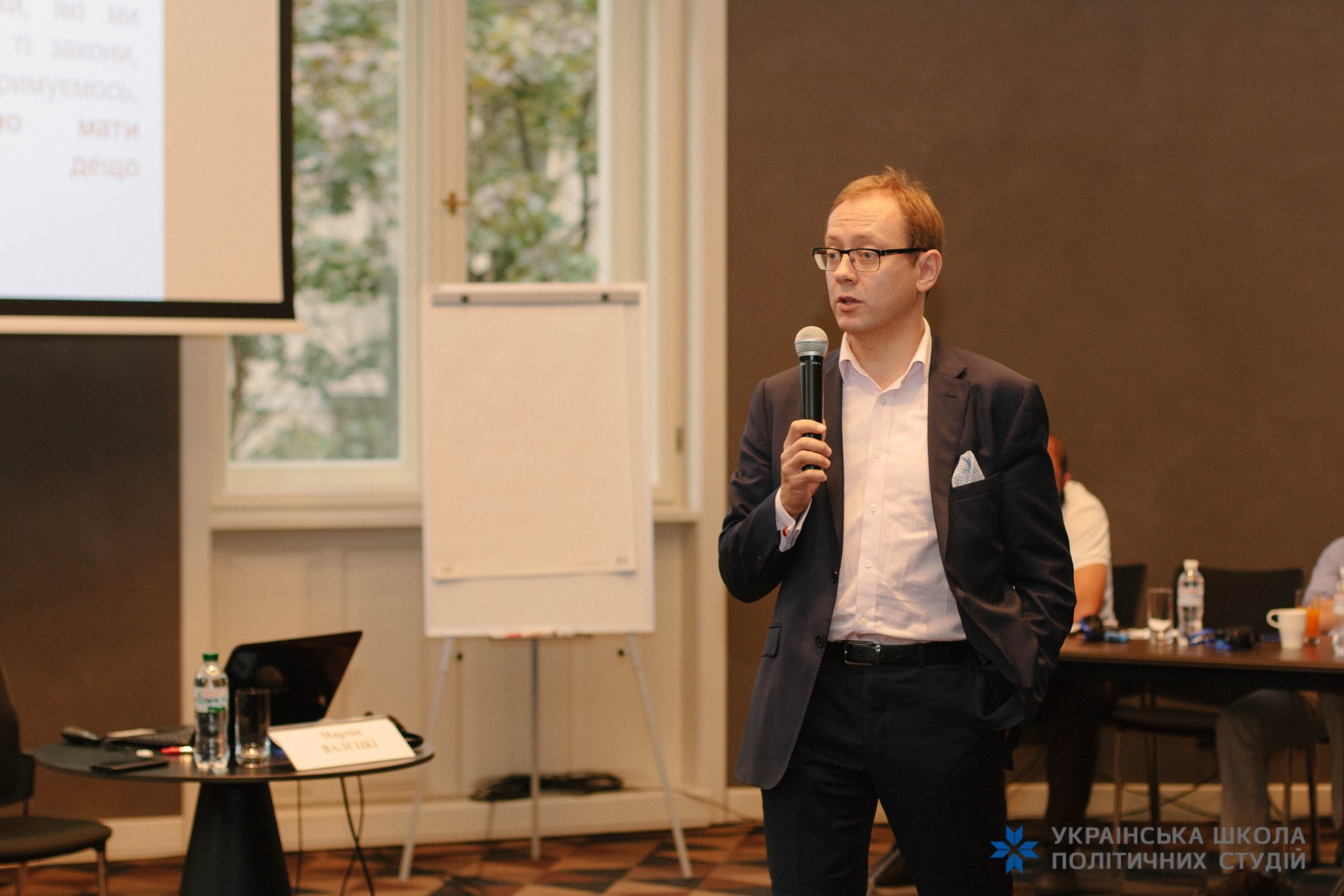 We live in the 21st century, when women and men in a Ukrainian democratic society enjoy equal rights and opportunities, equal access to political life, equal pay and professions of their choice. Is this myth or reality in modern Ukraine? Empirical tendencies show a deepening of differences between women and men who enjoy the same rights de jure and de facto. What are the ongoing challenges for achieving gender equality in Ukraine? – Marcin Walecki, D.phil, Head of the ODIHR Democratization Department, discussed these issues with participants of the Ukrainian School of Political Studies.

The logic of making public decisions: why do we have what we have? Usually it is believed that the quality of government decisions depends primarily on the quality of the people who take them. As a result, the unsuccessful policy of the Government is explained mainly by subjective factors: “wrong people in government” and the proposed solutions are reduced to replacing their predecessors with successors. However, is it enough to change people in order to change the quality of decision-making? What else should we change fundamentally? How is this related to the ongoing reform of public governance? – Oleksiy Honcharuk, Ph.D., Head of the Office of Effective Regulation (BRDO), USPS Alumnus, explained these issues to USPS participants.

Ukraine: unfinished revolution and transition to the Third Ukrainian Republic 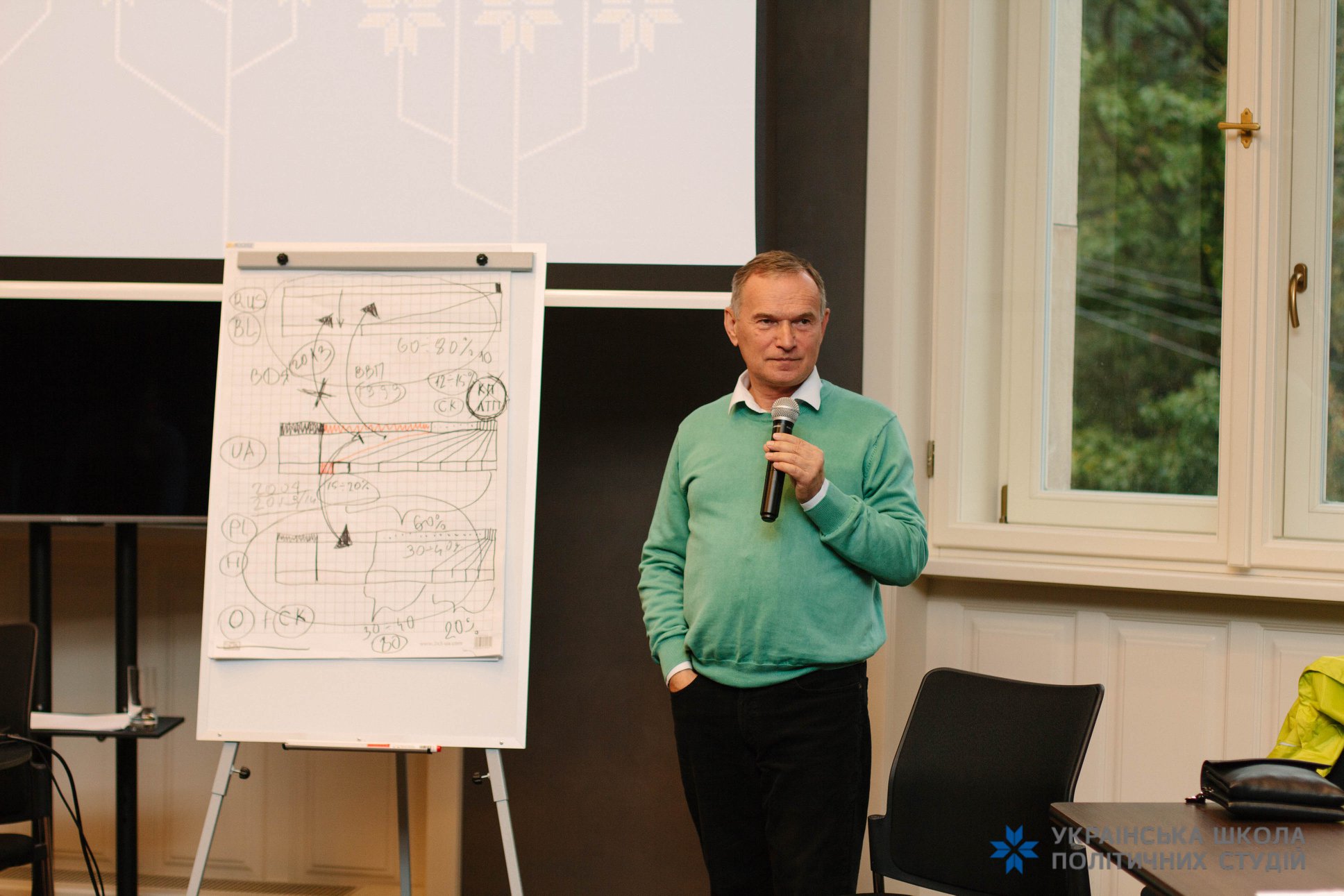 In oligarchic state only a small group of wealthy people, who also rule the state, has a limited access to the benefits created by whole society. Douglass North called such state a state with limited access. Such access to goods is realized in Ukraine. In democracies, access to wealth has a much wider group of people – the middle class. Maidan of Dignity carried out an anti-oligarchic revolution – a leap from the oligarchic state with limited access to a democratic state with wide access. What was the purpose of Maidan of Dignity? What is happening in Ukraine: a social revolution, a civil war of a middle class with an oligarch, or a Putin aggression? – Taras Vozniak, Editor-in-Chief of the Ї journal, discussed these issues with the participants of the Ukrainian School of Political Studies.

How can we overcome the history? 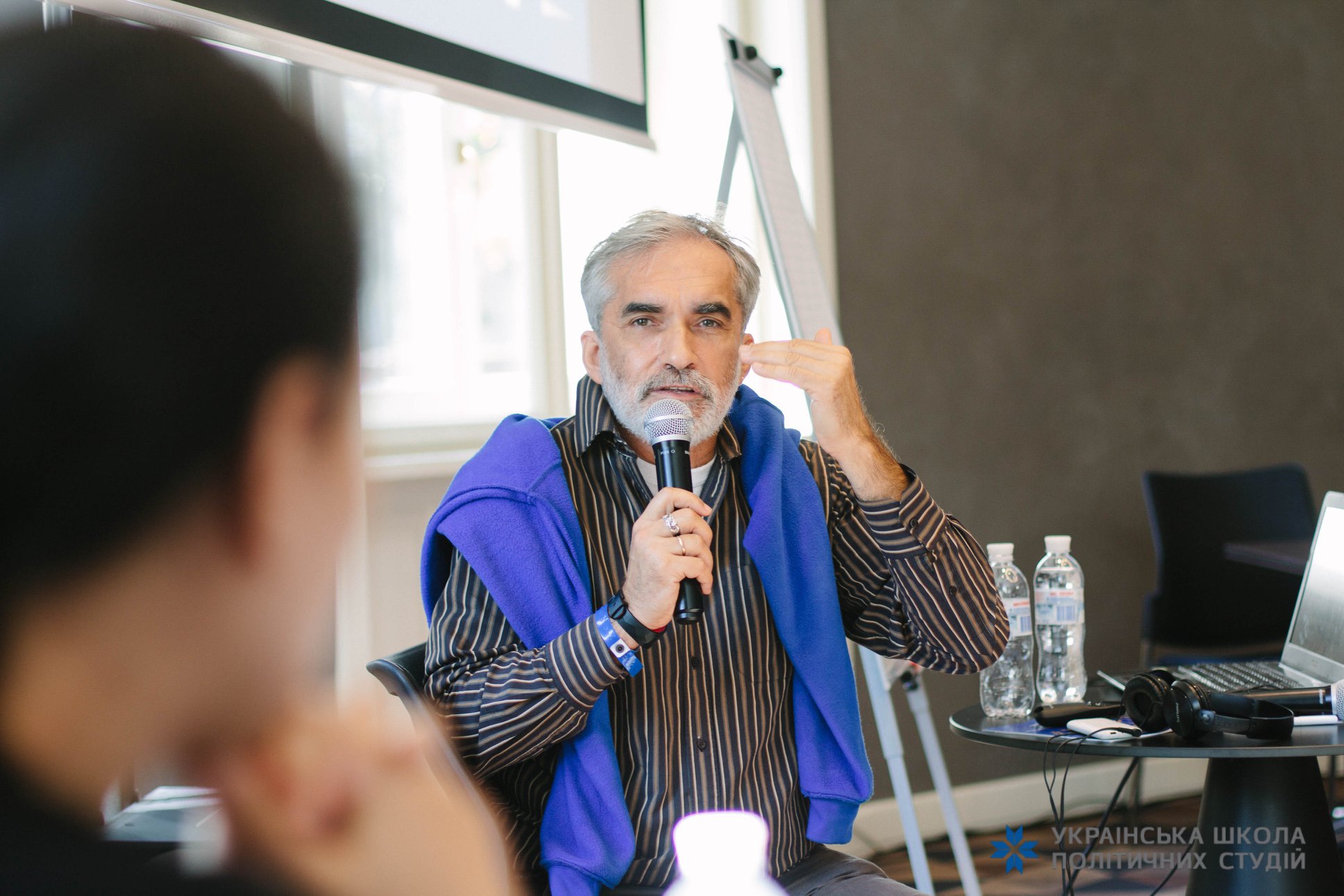 So far, Ukraine’s development strategy was the snail’s strategy: “slow, but confident.” We need to make a jump. In addition to the political, the jump should have a humanitarian dimension. Economic changes cannot occur without the change of the core society values. Those who come to power for the sake of reform can accelerate this process in order to prepare society for a jump. In Ukraine, with the appearance of new values’ bearers, the conditions for such a jump have matured. What are the values ​​of modern Ukrainian society? What is needed for the “jump”? How can we overcome history and move forward? – Yaroslav Hrytsak, Ph.D., Professor of the Ukrainian Catholic University, member of the Nestor group, told USPS participants.

Ukraine versus East Slavic Umma: the end of ambivalence? 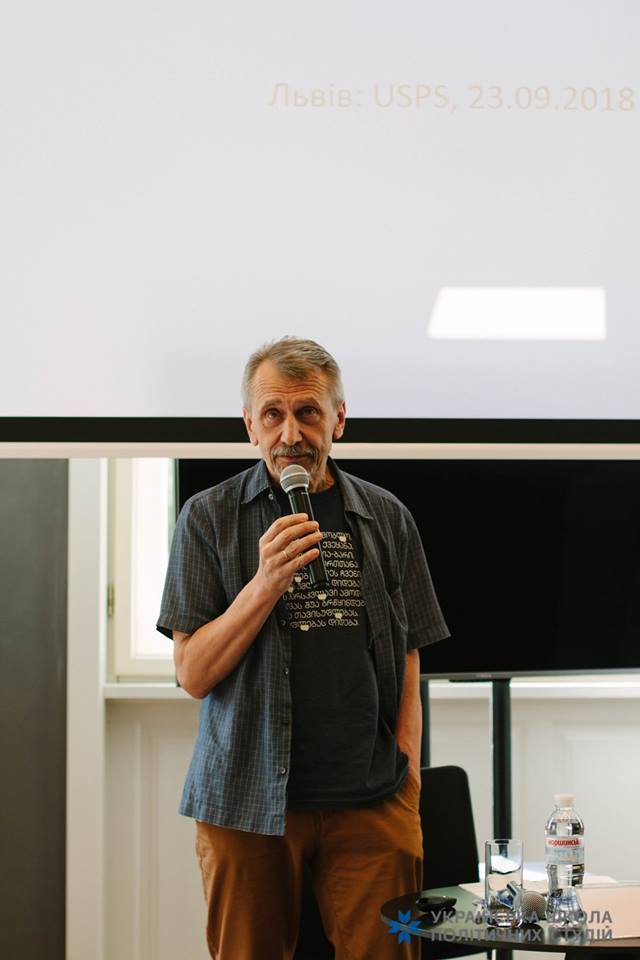 The undeclared Russian-Ukrainian war influenced many Ukrainians’ political views and geopolitical orientations significantly. The nature of their national identity and related value priorities have changed noticeably. The war became a special test for Russian-speaking and Russian- ethnic citizens of Ukraine, which Russia made the main object of its propaganda manipulation. Most of them, outside the borders of the Russian-occupied Crimea and parts of the Donbas, revealed unexpected to Kremlin high levels of Ukrainian patriotism and civil loyalty to their political homeland. Is the Ukrainian nation consolidated as a community primarily political, united by shared values ​​and vision of the future? What are the difficulties of this consolidation? – Mykola Ryabchuk, Ph.D., President of the Ukrainian Center for International PEN Club, discussed these issues with the participants of the Ukrainian School of Political Studies.