Ukrainian Regional Civil Servants Section – is a joint project of the Ukrainian School of Political Studies and the Yalta European Strategy (YES).

Its participants have an opportunity to discuss the main challenges facing the world, as well as the interaction of Ukraine with its partners. They will take on the experience of leading international and Ukrainian politicians, experts, businessmen and statesmen. This year, regional civil servants, civil society representatives, and participants of the national TV project “New Leaders”, who were selected after an all-Ukrainian competition, joined the Forum. 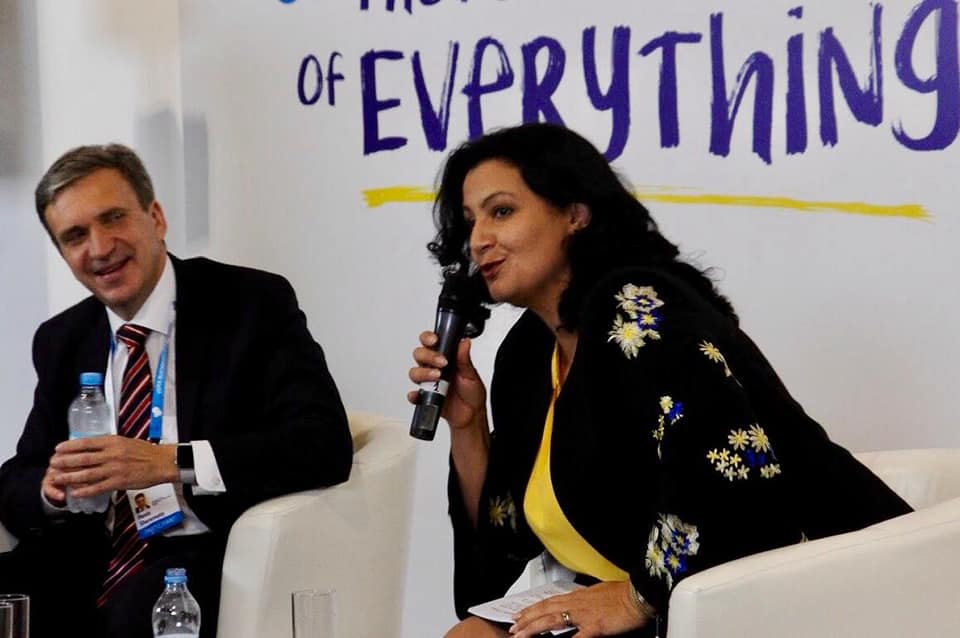 Ivanna Klympush-Tsintsadze, Vice-Prime-Minister for European and Euro-Atlantic Integration of Ukraine, told the civil servants about the the difficulties and daily challenges of working as Vice-Prime-Minister.  She noticed that coordinating different departments is the most difficult part of her job, since historically different departments were not accustomed to cooperate with each other, and there was no tradition of interagency coordination.

Vice-Prime-Minister noted that last year Ukraine managed to enter the brightest page in the biography of integration into the European Union. Starting from June 11, 2017, Ukrainians felt the benefits of one of the fundamental European freedoms – freedom of visa-free travel to the EU. More than a million Ukrainian citizens have already taken advantage of a visa-free stay and felt the effect of European norms and standards. “I am convinced that the Association Agreement and the visa-free travel are a watershed between the European future and the Soviet past of Ukraine”, said Ivanna Klympush-Tsintsadze.

She stressed that the European and Euro-Atlantic integration of Ukraine should be carried out of political fight. National interests cannot be the subject of political speculation and manipulation. The rates are too high and the risks are too obvious. 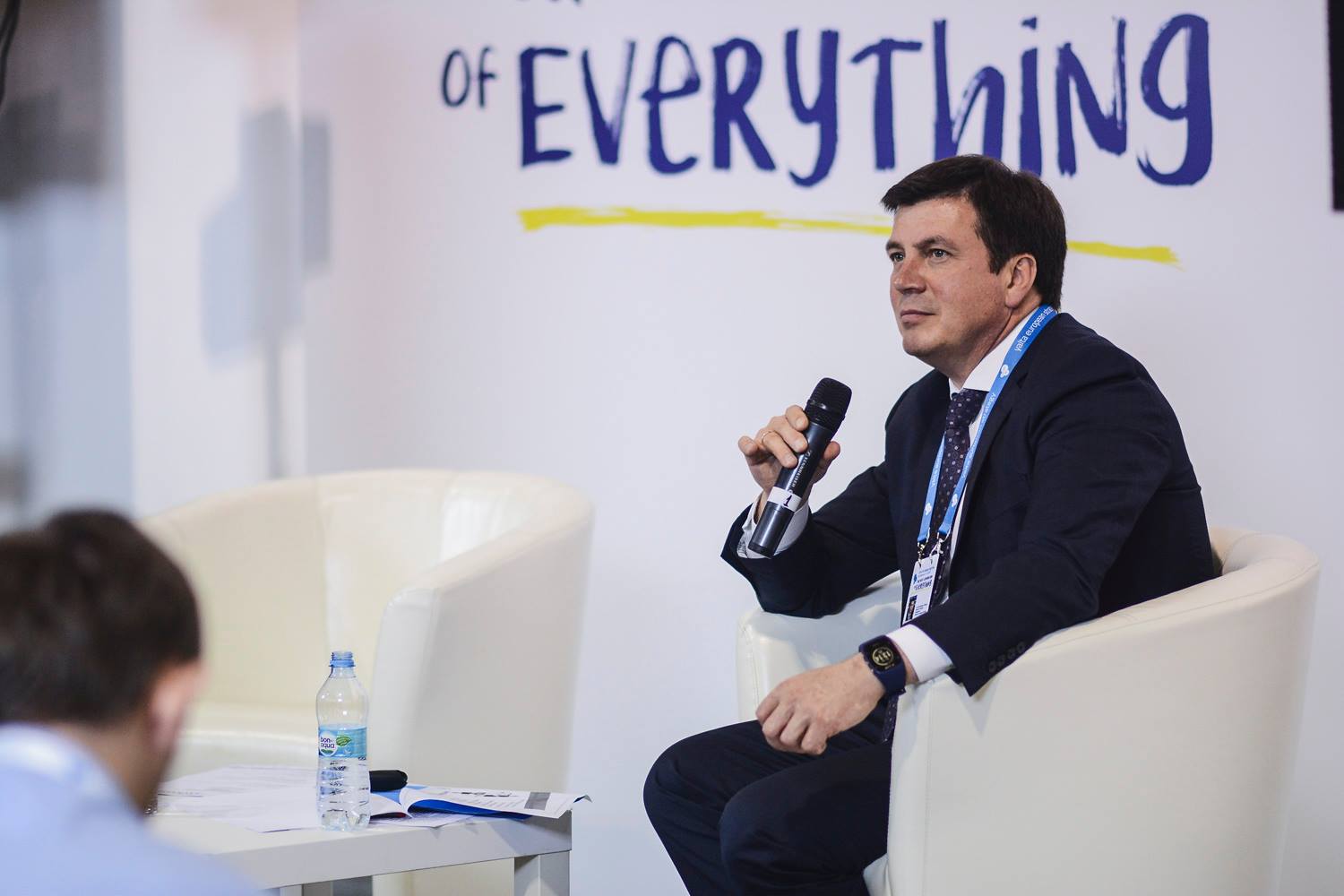 Gennadiy Zubko, Vice-Prime-Minister, Minister of Regional Development, Construction and Housing and Communal Services of Ukraine, told the Forum participants about the smart specialization of regional development. He shared the experience, which European states introduce to strengthen their communities in order not to preserve their economies in a regional aspect, but to think what can be added in the future.

Energy saving is one of the most urgent issues for Ukraine, since the issue of energy efficiency is a security issue in Ukraine. When we talk about the independence of the country, first of all, we talk about its energy independence. This is not only a matter of increasing the extraction of natural resources, but the question of saving the energy we consume, both private consumers and enterprises.

“The key role of smart-specialization is to strengthen the community, transform the regional economies rather than retain traditional industries.”

Smart-specialization involves identification of the region’s competitive advantages and assets, use of its innovative and scientific potential, and consolidation the human resource. Strategy formation below in close cooperation and dialogue between government, business, science and community is a significant feature of smart-specialization.

Six steps to develop regional strategies for smart-specialization: 1. Analysis of regional potential for innovation; 2. Establishing a reliable management structure; 3. Developing a common vision for the future of the region; 4. Choice of a limited number of regional development priorities; 5. Creating an appropriate policy combination; 6. Integration of monitoring and evaluation mechanisms.

“The key to regional strategies development is to be able to find solutions that will allow us to “run ahead” and see the real prospect of a direction that will definitely work to develop and strengthen the community in the future”, said Gennady Zubko. 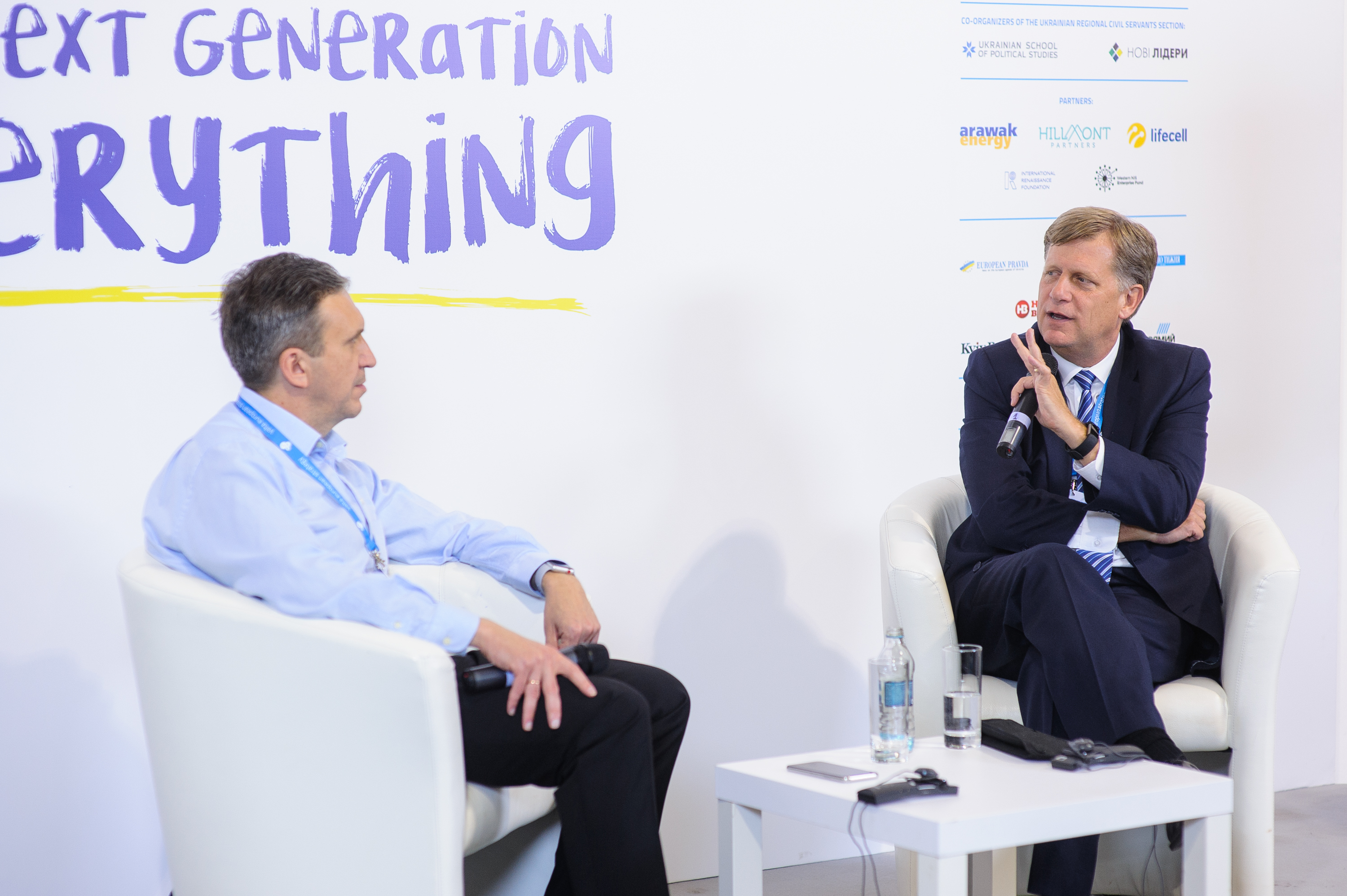 Michael McFaul, Professor at Stanford University, Senior Researcher at the Hoover Institution, US Ambassador to the Russian Federation (2012-2014)

The Russian elites will split after President Putin leaves his office and the transfer of power to another will not be a smooth process, says Michael McFaul.

“It would not be correct to say that they are united. When the post-Putin era begins, do not expect all the elites to behave in the same manner. I think we should expect a big fight. Also, some of theses people, who did not like the path taken, will start questioning: are we going the right way? … I think there will be a split in the elite”, McFaul said.

McFaul added that an attempt to hand over the power to other members of the security agencies will not gain support from all the members of the Russian elite. “The Russians won’t go for Bortnikov or Patrushev. There were twenty years of “Putinism”, and now they promise another twenty years of the same course but without that charisma and luck Putin has had? I think it would be very difficult to hand over the reins of power to the security agencies”, McFaul concluded. “The State must not be one where one person plants seeds in the soil and another comes and takes the whole harvest away, with the police watching and smiling. We cannot be a State where the Government requests an $2bn loan from the IMF while people are keeping much more cash under their mattresses because they are afraid of bringing that money into banks”, said Anatoliy Grytsenko.

He stressed that in order to protect citizens’ rights, fair justice should be put in place in the first instance, the anti-corruption bloc function should be improved, the Anti-Monopoly Committee should be reformed and boosted, and the State’s monopoly over use of force should be restored.

“We must protect rights, freedoms and property… There is no democracy without a sound economic base”, concluded Leader of Civil Position party. 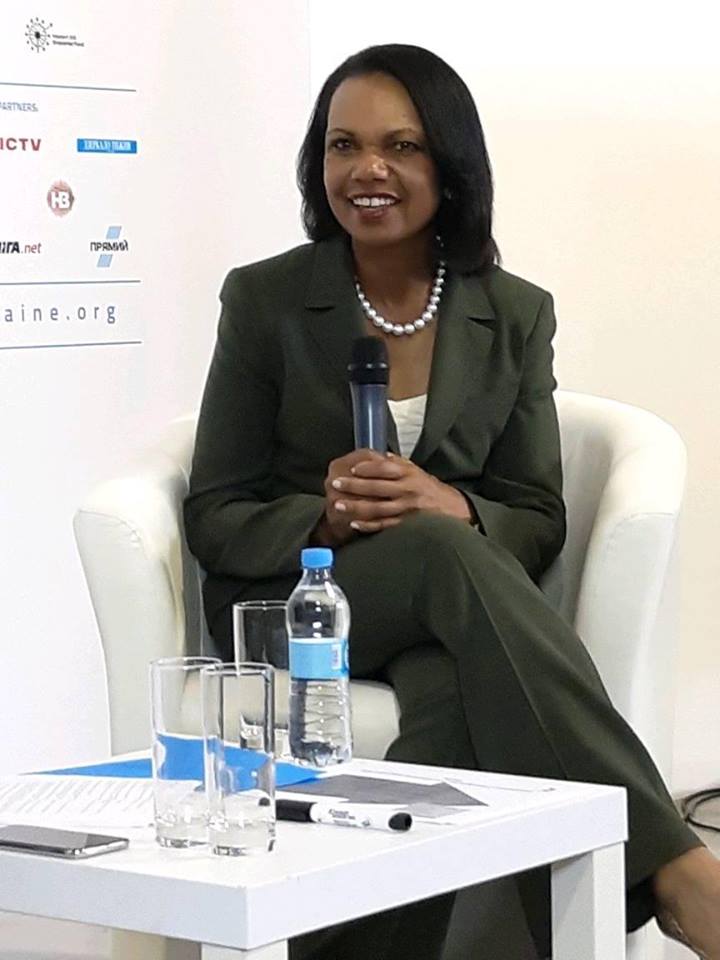 Condoleezza Rice, 66th Secretary of State of the United States (2005-2009), stressed that the US political system is built in such a way that it remains stable and balanced under any president.

“President Donald Trump is one of many actors within our political system. The US Founding Fathers – and this will be a good lesson to young democrats in Ukraine – were very cautious about the executive power. They provided for a system of checks and balances: a two-house parliament, the civil society, the press … This system is not one-person based, it is not relying on one person”, she said.

At the same time, Condoleezza Rice believes that there is a range of issues in the United States that give grounds for populism and require addressing.

“The US has their own challenges. We are a polarized country where many citizens feel left beyond the new reality that has emerged due to globalization and automation”, the 66th US Secretary of State admitted. 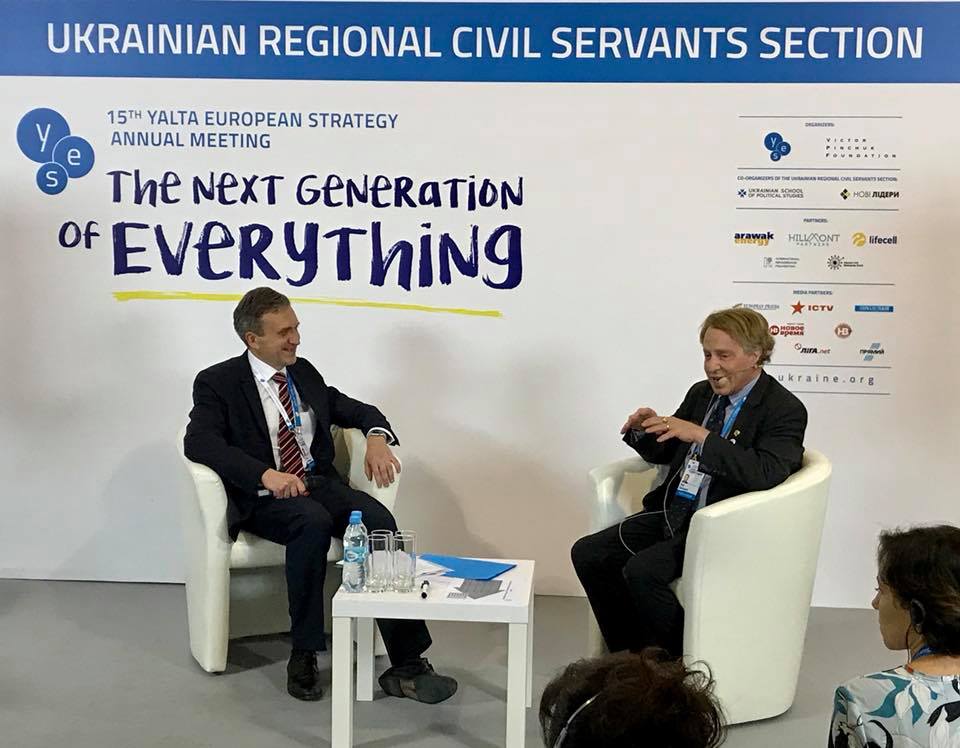 “There are two aspects: hardware and software … Processors have already the capacity that is equivalent to 100 thousand human brains. As for the software, there is also the wonderful progress in solution of key issues. I believe that by 2029, creation of the full-fledged artificial intellect may be expected”, said Ray Kurzweil.

He added that the artificial intellect will not be something detached from a human, but it will be an extension and a complement to the human brain. “These are not some extraterrestrials or aliens from Mars, it will be our extension… We will just merge”, the inventor said.

According to Ray Kurzweil, the human life may be prolonged, and the capacity of the brain may be much extended thanks to the use of artificial intellect.

Also, the inventor believes that thanks to the new technologies, such common domains of life will get automated in the near future as agriculture: it will become possible to use up to 90% of soils that are not cultivated now.

Announcement: Conference “The Rise of “Left” and “Right” Forces: the Collapse of Democracy?”