The Seminar covered the issues of justice and politics, influence of modern technologies on political processes in Ukraine, political corruption and transparency, causes, dynamics, and transformation of conflicts in the Middle East and Eastern Europe, comprehension of the concept of “new normality”, political forecasting and the art of improvisation in politics.

Opening of the Second National Seminar of the XIII USPS program 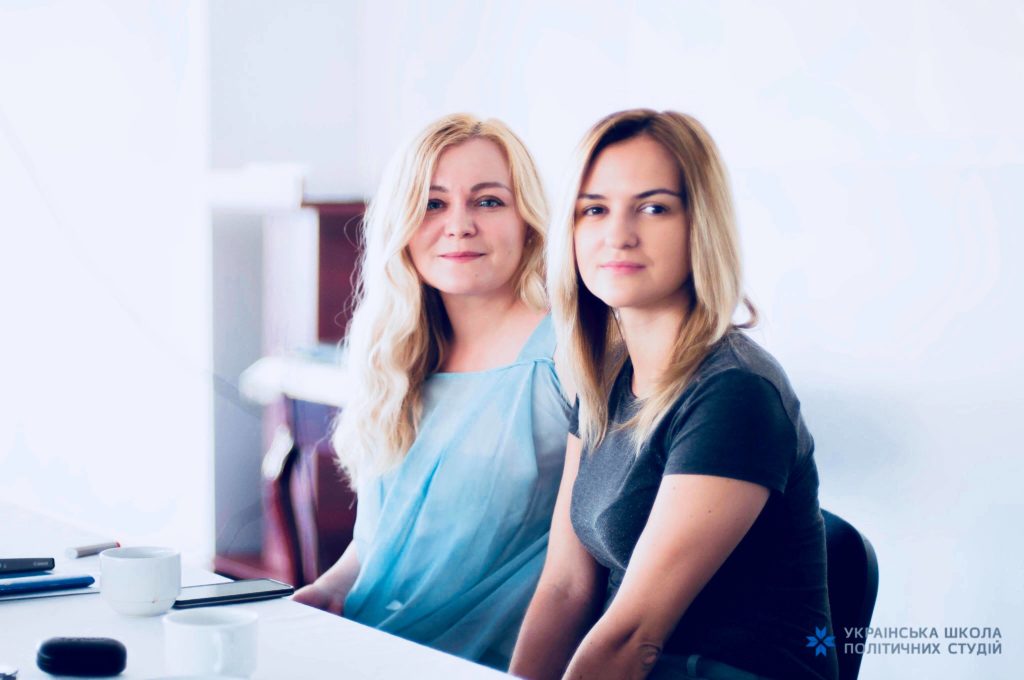 USPS participants met in Odessa in order to rethink the ideas and principles on which the socio-political, economic, and cultural processes of the present are based; as well as to develop their own understanding of the defining trends of the present days.

Conflicts in the Middle East and Eastern Europe: causes, dynamics and transformation 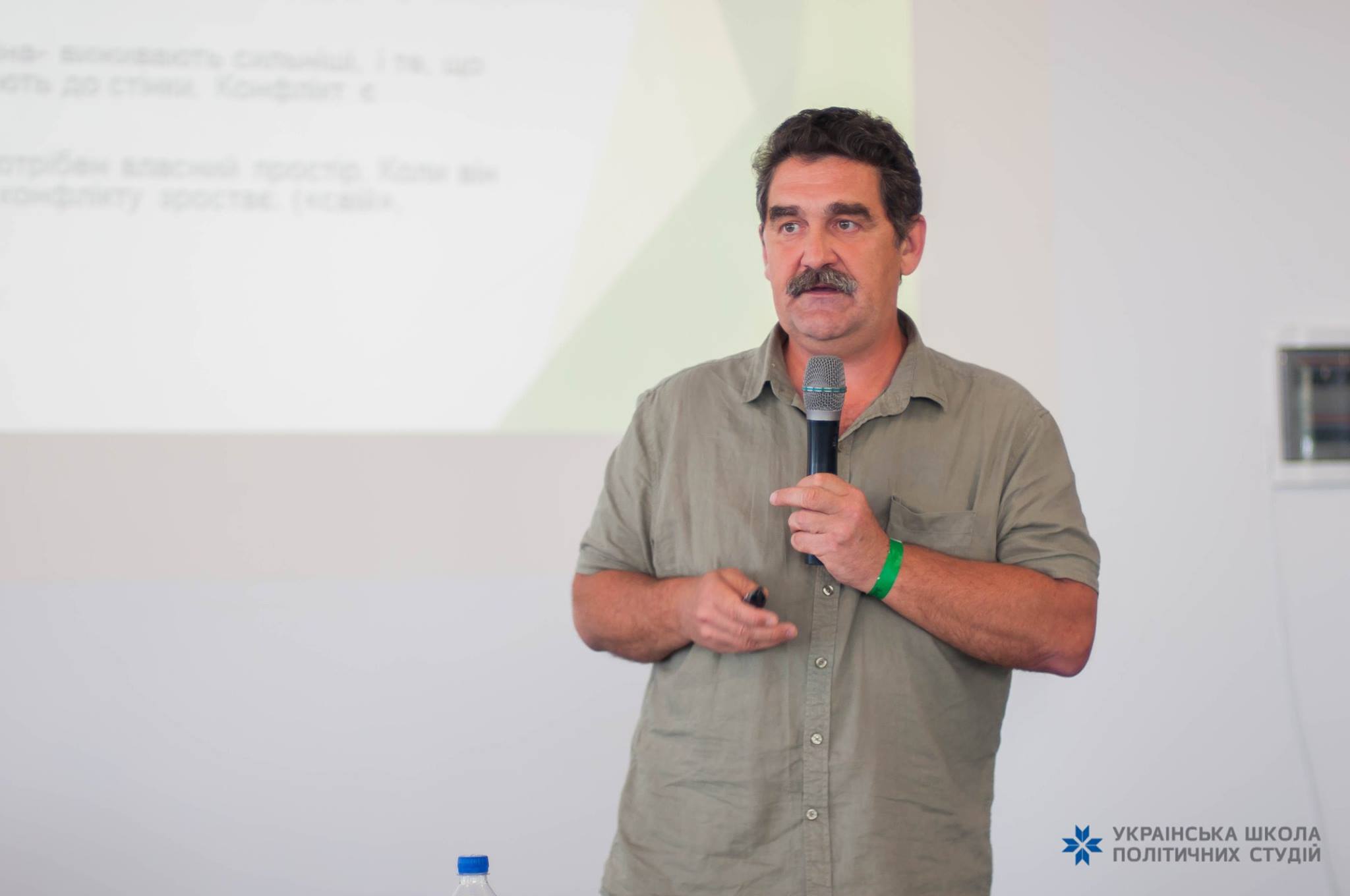 Violent conflicts have their own dynamics and logic. They unfold in time and space accumulating vast human and material resources. They ruin social institutions and destroy social capital. At the same time, conflicts create new opportunities, give a push for transformations, and make people change. In the last 20 years, just a small number of violent conflicts were resolved. Majority of these conflicts are still in active phase or under the threat of escalation. Can humanity find ways to transform violent conflicts? Are we destined to repeat our history over and over again? – Igor Semyvolos, Executive Director, Centre of Middle East Studies, talked about these issues. 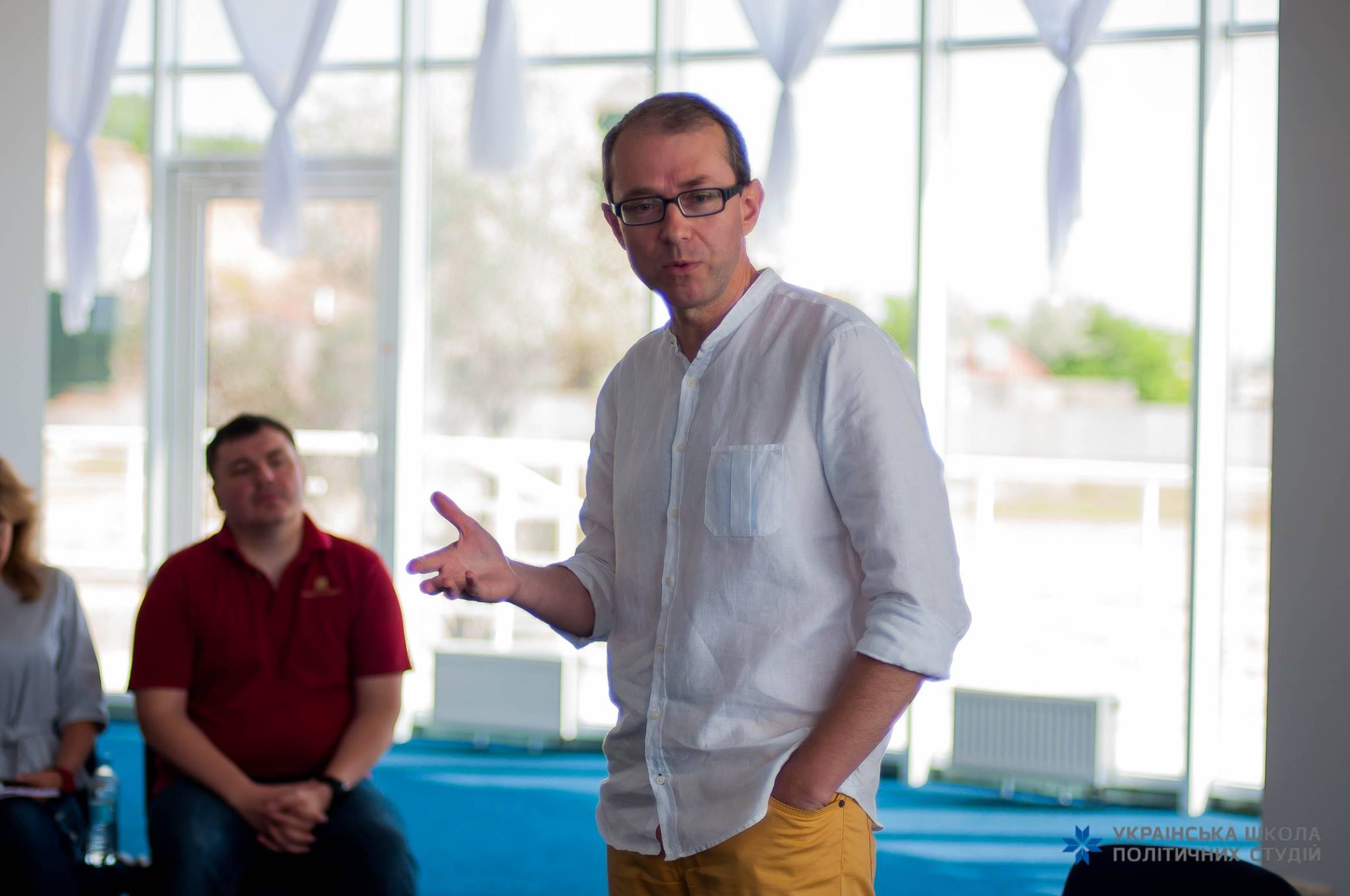 What is a state? Why do we need it? What are the main goals of the policy? What should be the state in the near future? Can we outline the main features of the future policy? The answers to these questions are closely related to how we understand justice and whether we believe that public institutions should implement the basic principles of justice. However, what is justice? At the very first attempt to answer the question of the nature of justice, we notice that it is very difficult to reach a common point in our responses. Is the lack of agreement on ideas about justice a disadvantage or advantage? Majority of modern political debates focus on the discussion about the nature of justice. The fact that we are compelled to conduct these discussions, as well as the fact that we have different ways of evaluating key political and social practices, contributes to raising the level of political life. The policy of the close future will involve the society in the discussion of “difficult topics”. This is a policy of common good, – Andrii Baumeister, PhD, Associate Professor at Theoretical and Practical Philosophy Department at Taras Shevchenko Kyiv National University, summed up. How do human body and politics relate? Does the body influence politics? Where is the line between “seeming to be” and “being”? What is the body of a politician like? Are flirt, erotica and sex levers of political influence and power? Does this help or vice versa? Photo as a presentation and “consolidation” in history. Art and literature in the political process, – all this was discussed during the seminar with Svitlana Matviienko, Chairwoman of the Board of the Agency for Legislative Initiatives. 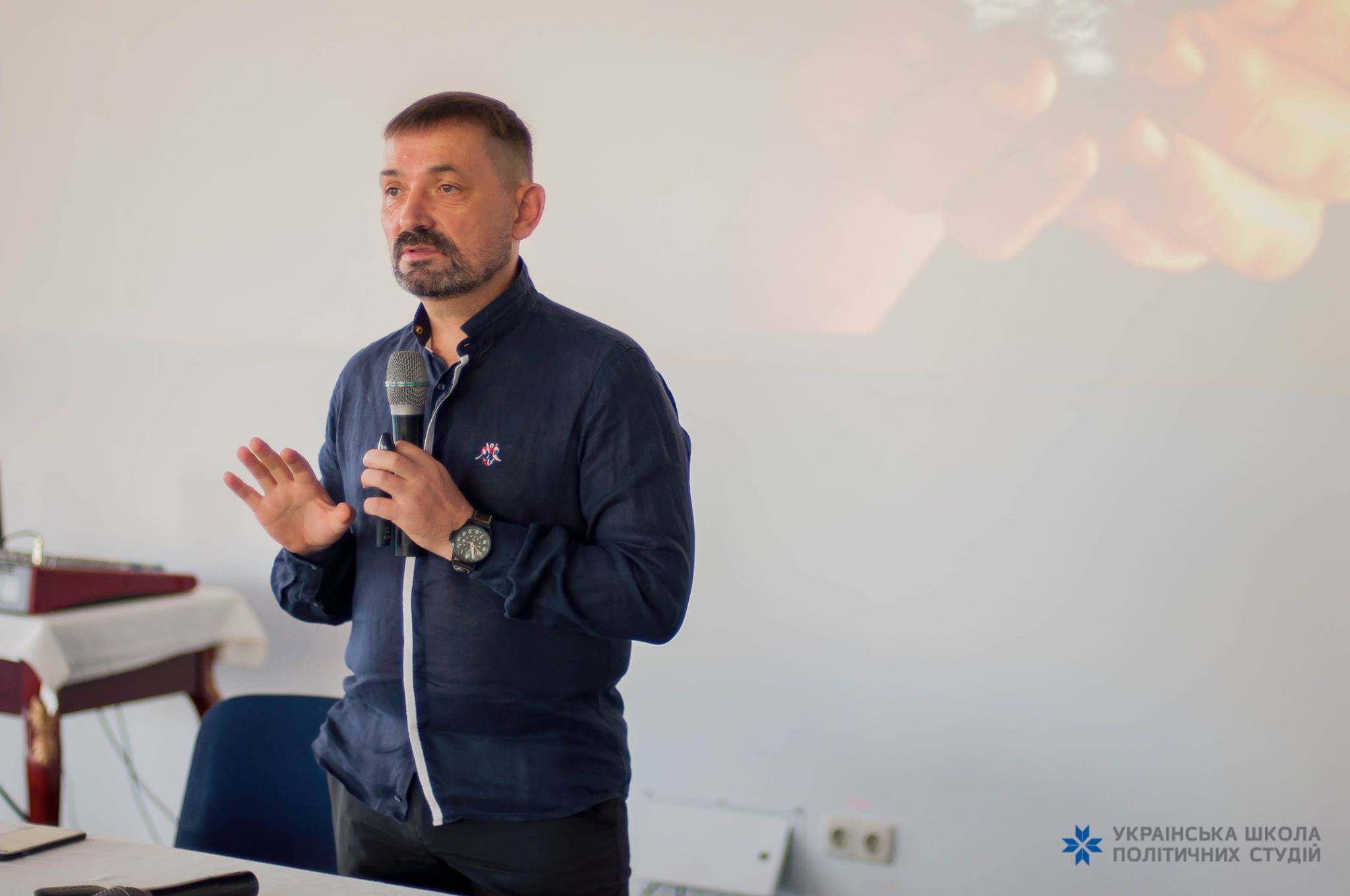 State mechanisms are outdated all over the world. The world has technologically overwhelmed all the traditional political systems of representative democracy. Now, any person on the planet has no need in parliaments, or in various kinds of deputies and other authorities – the bulky state structures, or the multimillion army of officials. Now it is possible to own a remote control of the State Service of the People in your smartphone. Everyone can personally represent and defend their interests without intermediaries. Of course, we still need management and managers in the public sector. However, the meaning of their work must radically change. Blokchain, cryptocurrency, electronic cadaster of land and property, big data are no longer a science fiction, but a reality. But if the civilized world can’t immediately abandon traditional state institutions because they still work efficiently and new services are introduced gradually, Ukrainians can do it today and radically, because our state service is absent, the ruling class is corrupt. After doing this, Ukraine can jump ahead of the entire planet – Sergiy Gaiday, Director of Strategical Planning of Social Engineering Agency “Gaiday.com”, discussed these issues. 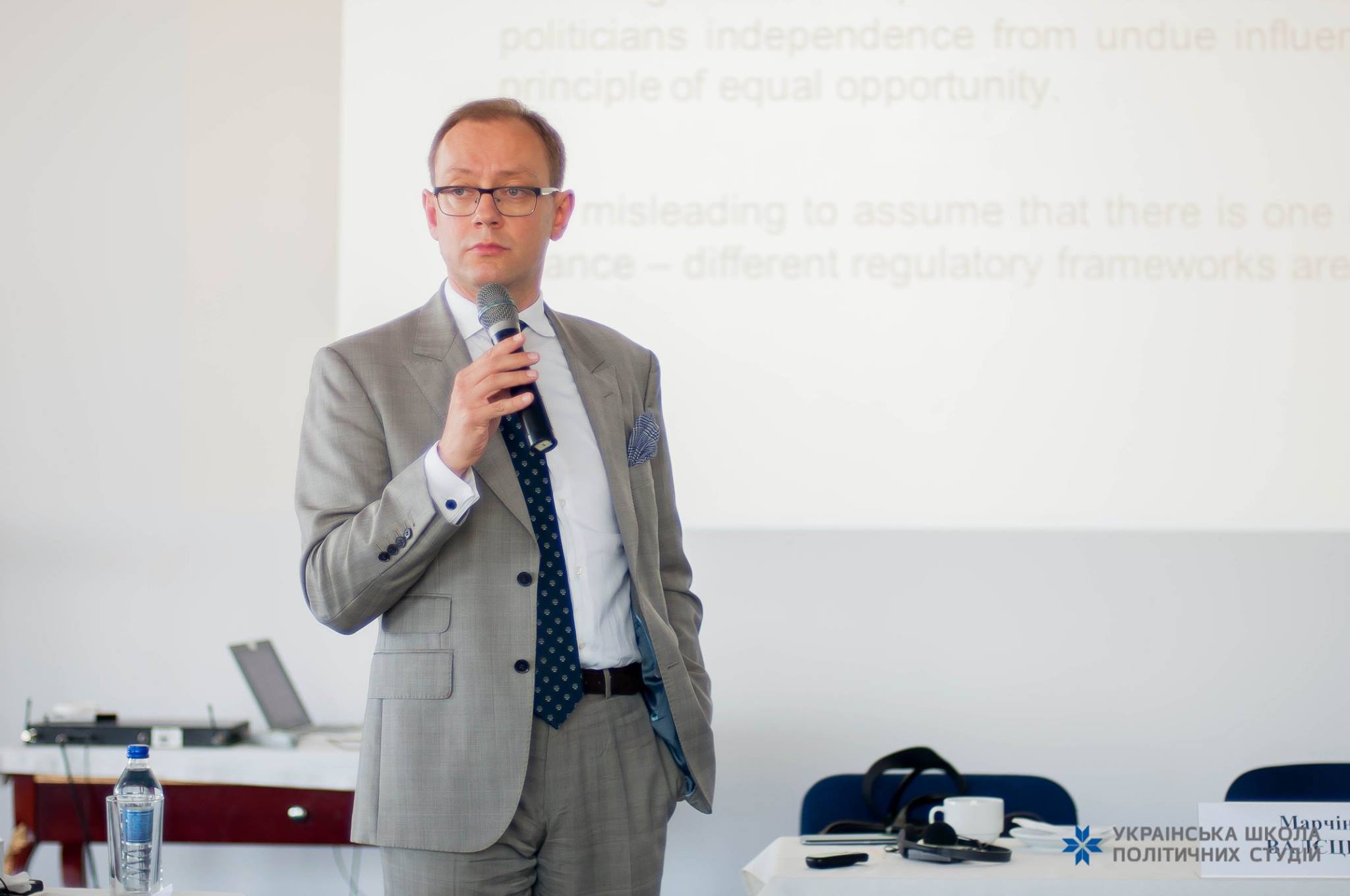 Money in politics is a necessary component of any democratic process that allows political support, political participation, and active support for electoral competition. At the same time, political funding also presents a particular risk to any democratic and economic system, threatening to capture political decision-making processes with personal interests and episodes of endemic political corruption. What is at the crossroads of funding rules for political parties, public procurement procedures, and the declaration of assets and income of political and civil servants? What do the relevant authorities do to combat corruption in these areas and which mechanisms can be used to improve these efforts? – Marcin Walecki, D.phil, Head of the ODIHR Democratization Department, told USPS participants. 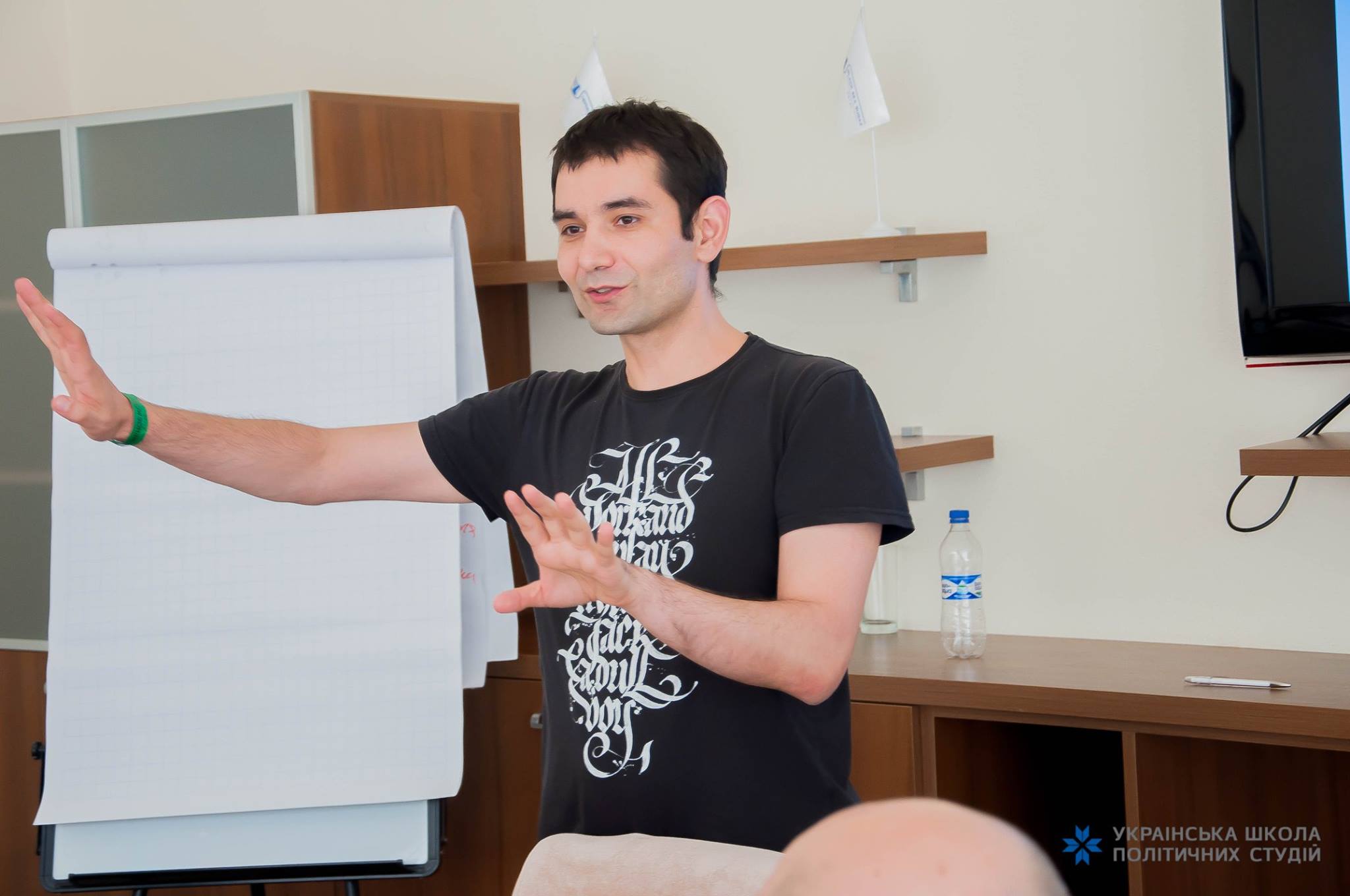 During policy planning and implementation, one of the most interesting resources is an image of the future, which it proposes. However, often political forecasts in Ukraine can be manipulative and overly subjective which negates their importance in good policy making. What are the methods of political forecasting and the spheres of its use? What are the main principles of short-term and long-term forecasting and opportunities for its implementation? – Mykhaylo Koltsov, PhD, Senior Lecturer of Philosophy and Religious Studies at the National University of Kyiv-Mohyla Academy, talked about the methods of political forecasting. What are the interrelations between the nature of the political regime, the provision of public goods and the political activity of citizens? What characterizes the state-making process? How a “natural state” transforms into a “state of the common good”? What is the role of the citizens in this process? What is the trajectory of the evolution of political regimes after 1991, including in Ukraine? What can we learn from the experience of Paleolithic bombing? Why is the level of violence falling in the modern world? What is the tyrannical world? – Ivan Gomza, PhD, Docent of Politology Department at the National University of Kyiv-Mohyla Academy, Lecturer at the Kyiv School of Economics, discussed these issues.

Art of improvisation in politics 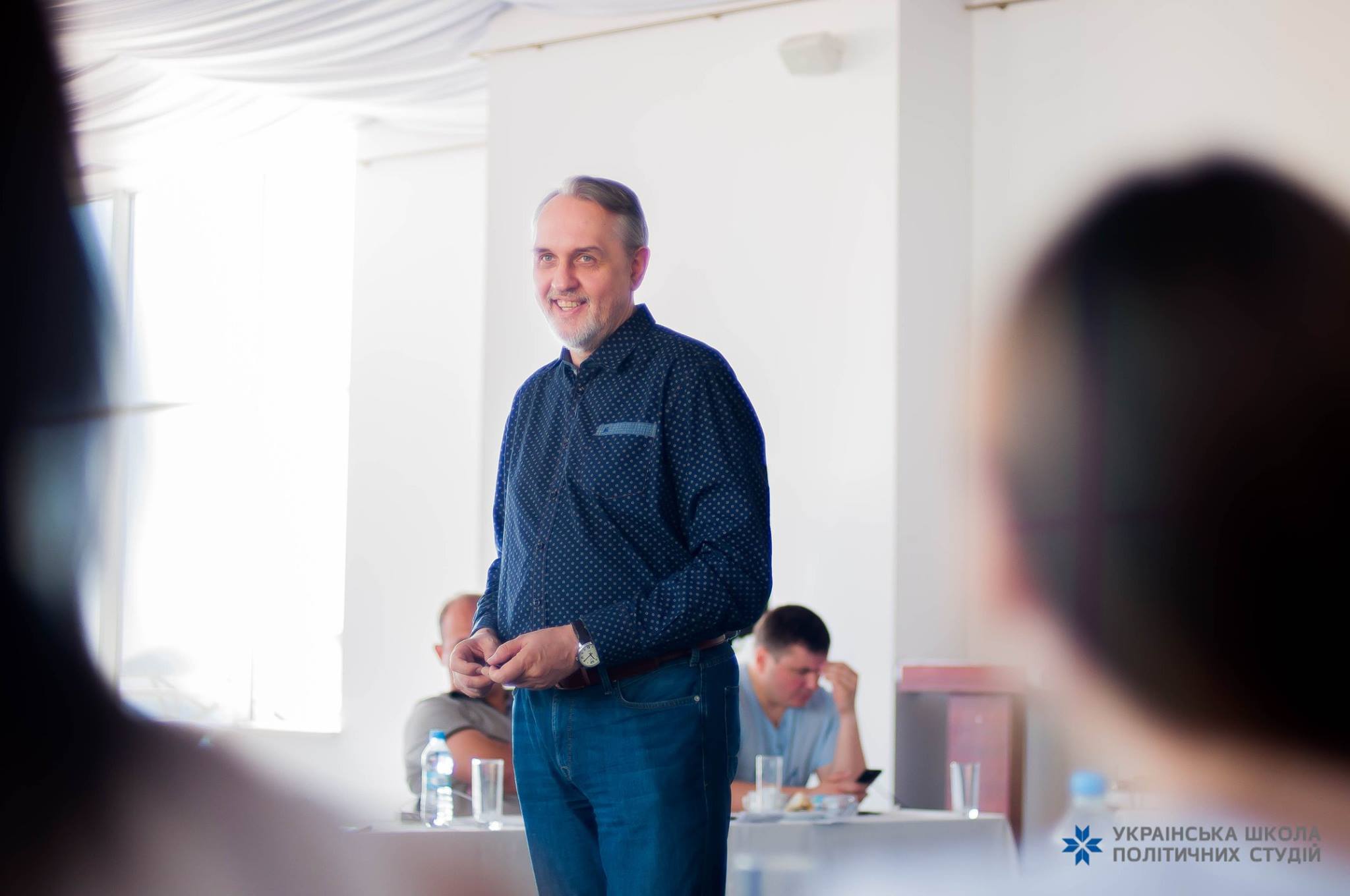 Every day every one of us is an actor of the improvisation genre. Politics, business, love, childcare etc are all acting where we only have one choice to make: either we are being “played”, or we “play”. Improvisation is creation of an act during its performance. How to use improvisation in politics? How to talk to the audience? These questions were answered by Anatoliy Neyolov, Head of the “Black Square” Theatre. 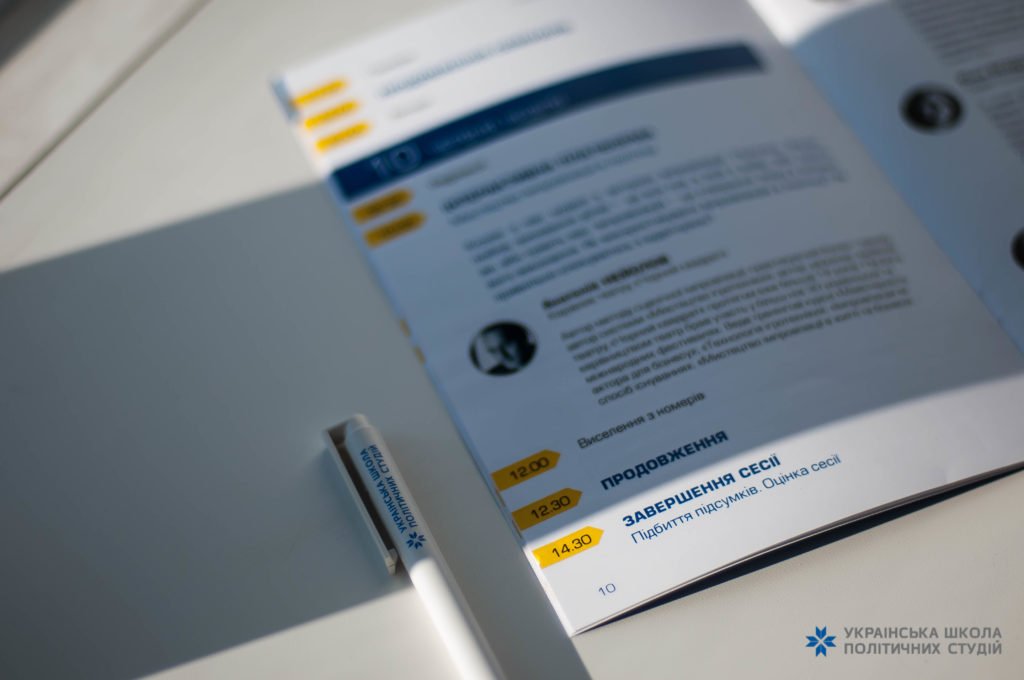