EventsNEWS 29 May 2018
Comments Off on Seminar “Legislative Process in the United States: Procedures, Steps and the Role of Public” Twitter Facebook Telegram

On May 29, 2018, a seminar on “The US Legislative Process: Procedures, Steps and the Role of Public” was held in Kyiv with the participation of Jacob Ventura, US Attorney, Legal Adviser to the Representative Stephen Hewitt at the United States Legislative Office, Massachusetts.

The event was organized by the Agency for Legislative Initiatives in co-operation with the The Center for Innovation Development and the Interns’ League under the Professional Fellows Program, administered by the American Councils for International Education with the support of the Bureau of Educational and Cultural Affairs of the United States Department of State.

Jacob Ventura has an extensive work experience at the Massachusetts Legislative Office (USA); he also provided legal assistance in reforming the ethical standards of the French judicial system. In addition, Mr. Ventura was a member of the rule-making teams of elected representatives both at the state level and at the federal level. “The separate but equal branches of government was derived from the Massachusetts Constitution, approved in 1780 and drafted by John Adams. It is the oldest written constitution in continuous effect in the world”, – Jacob Ventura said. 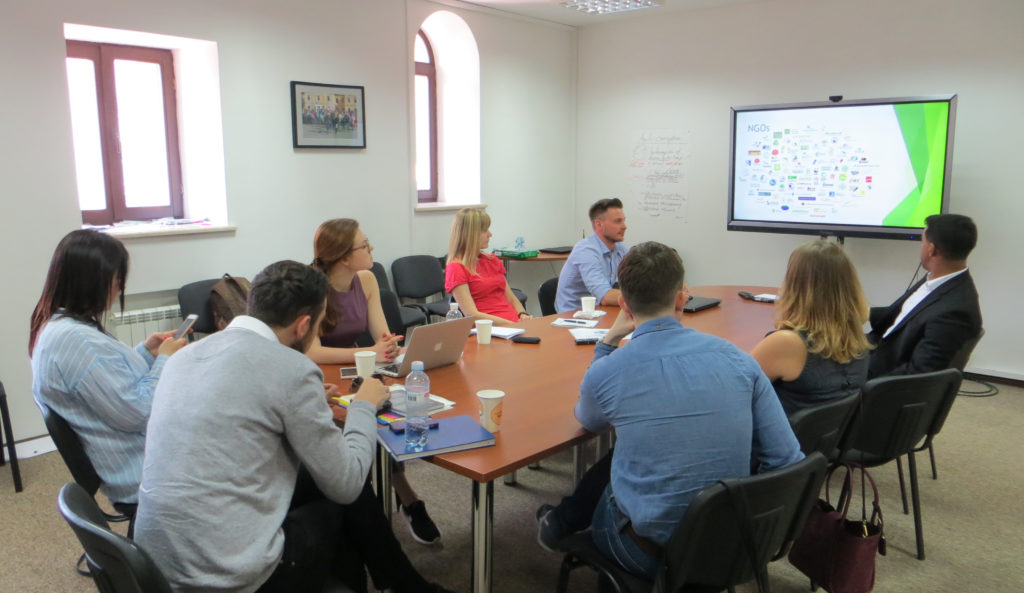 Idea for a Bill

Generally, NGOs, lobbyists, constituents and organizations will directly lobby their Representative or Senator. Often times, larger organizations will lobby many legislators to get the necessary support for or opposition to a bill. Depending on the issue, and in many cases, just as many people are for a bill as are against the same bill. In this case, a particular legislator must weigh the pros and cons to voting ‘yes’ or ‘no’ for the bill. Considerations include how their particular district feels about the bill and the prospects of re-election during the next cycle; special interest political funding; personal relationships with the particular parties lobbying; the merits of the bill and the likelihood of legislative success; influence from party leadership in the legislature. 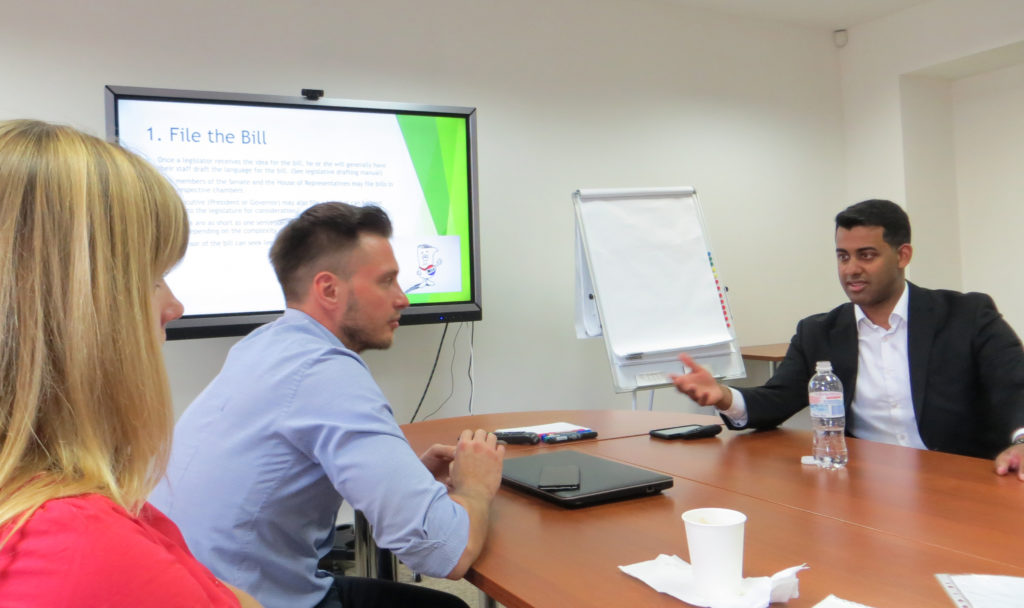 Components of the legislative process:

NGOs in the United States

Article 71 of the Charter of the newly formed United Nations first defined ‘non-governmental organization’ in 1945. An NGO can be any kind of organization so long as it is independent from government influence and it is not-for-profit. There are approximately 10 million NGO organizations world-wide. Global Journal. There are 1.5 million NGOs in the United States that employ approximately 11.4 million Americans. According to the CAAF World Giving Index, nearly 31.5 percent of people worldwide donated to a charity/NGO in 2015 and 24 percent volunteered for one. According to Walden University, 80 percent of citizens across the globe believe that NGOs make it easier to be involved in positive social change.

NGOs address a variety of issues including women’s rights, human rights, economic development, political rights, health care, environmental regulation, the battling of disease, and increasing the standards of living for the most vulnerable populations.

NGOs play a critical role in advocating for changes in law, policy, procedure and administrative rules. NGOs are effective in highlighting the stories of individuals they serve. This direct contact and evidence gives elected officials an important perspective that policy on paper often cannot. NGOs must determine the ability of its organization to be a successful advocate for its cause. NGOs must strategically ‘pick their battles’ to determine if a cause should become a legislative priority (considerations are timing, funding, will of Congress, current events, and likelihood at success).