On May 4-6, 2018, a training session for the representatives of various political parties was held within the framework of Party Innovation Hub – a platform for spreading knowledge about the use of modern technologies and innovations for the development of political parties and party democracy in Ukraine.

Party Innovations Hub is an initiative of International IDEA and Ukrainian school of political studies, Agency for Legislative Initiatives’ project.

Opening of the new program of Party Innovation Hub 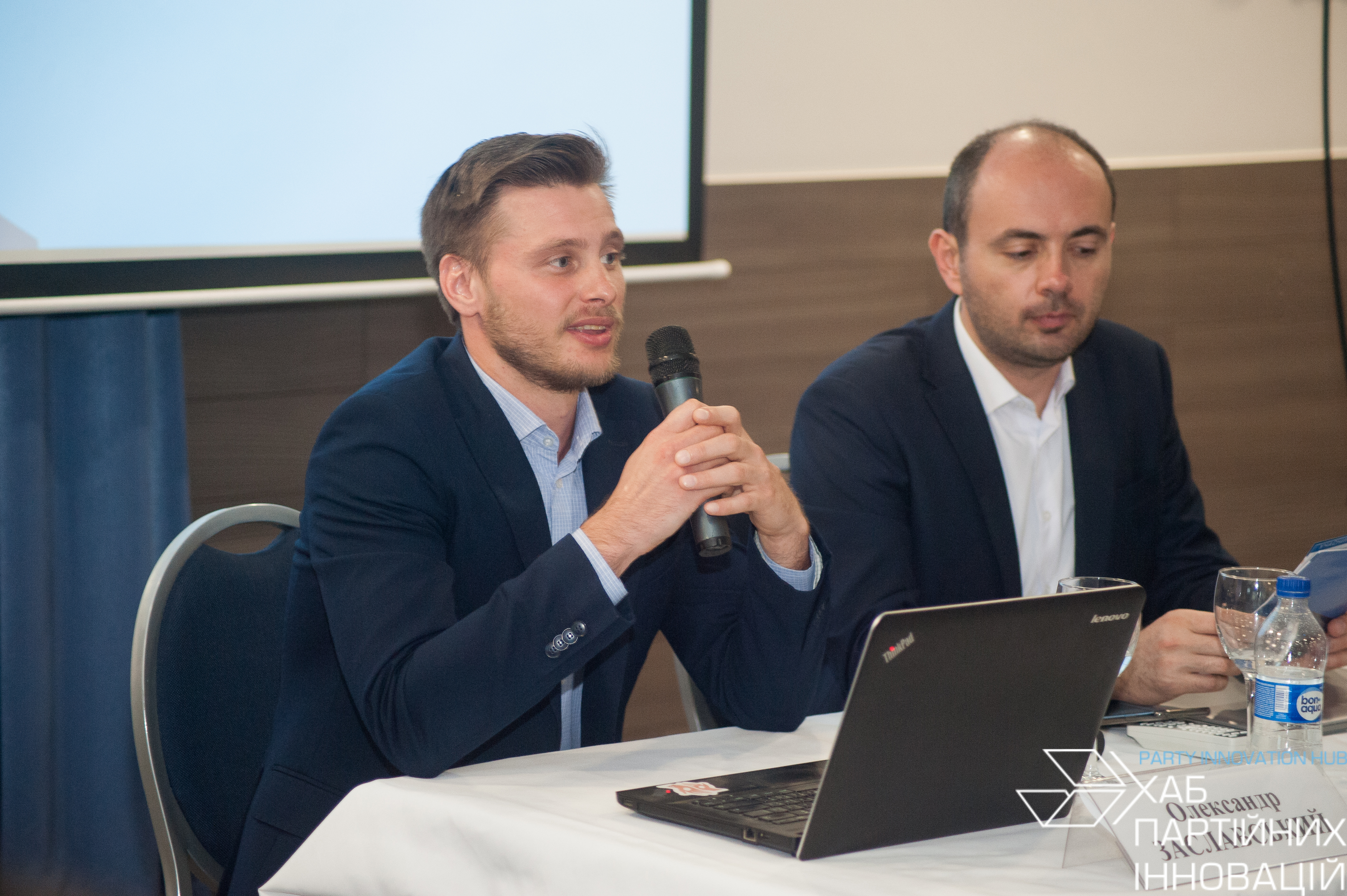 Oleksandr Iakymenko, Program Coordinator for Ukraine, International IDEA, emphasized that the idea of  Party Innovation Hub has emerged as a response to global challenges: the crisis of representation, populism, and mistrust. Transparency and accountability of political parties, the development of effective communication with voters, dialogue between political parties and internal party dialogue are steps to overcome these challenges. 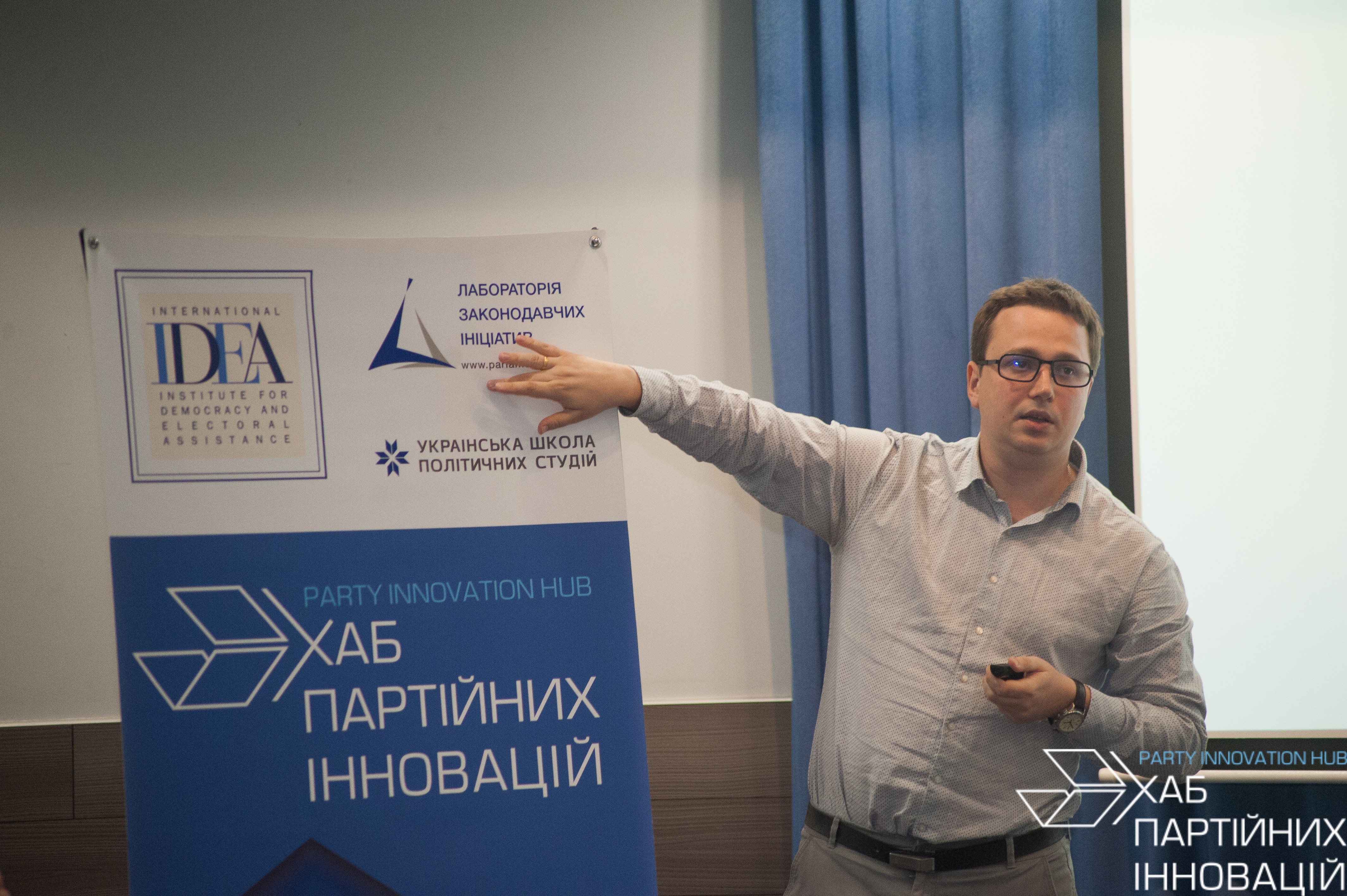 Yevhen Barshchevskyi, Research & Innovation Program Officer at National Democratic Institute, told the participants of the training about survey systems that allow to organize public consultations, quickly communicate with party centers, receive feedback, conduct quantitative and qualitative surveys of public opinion in real-time with the help of SMS or smartphone.

Public monitoring as an instrument of competitive advantage in the elections 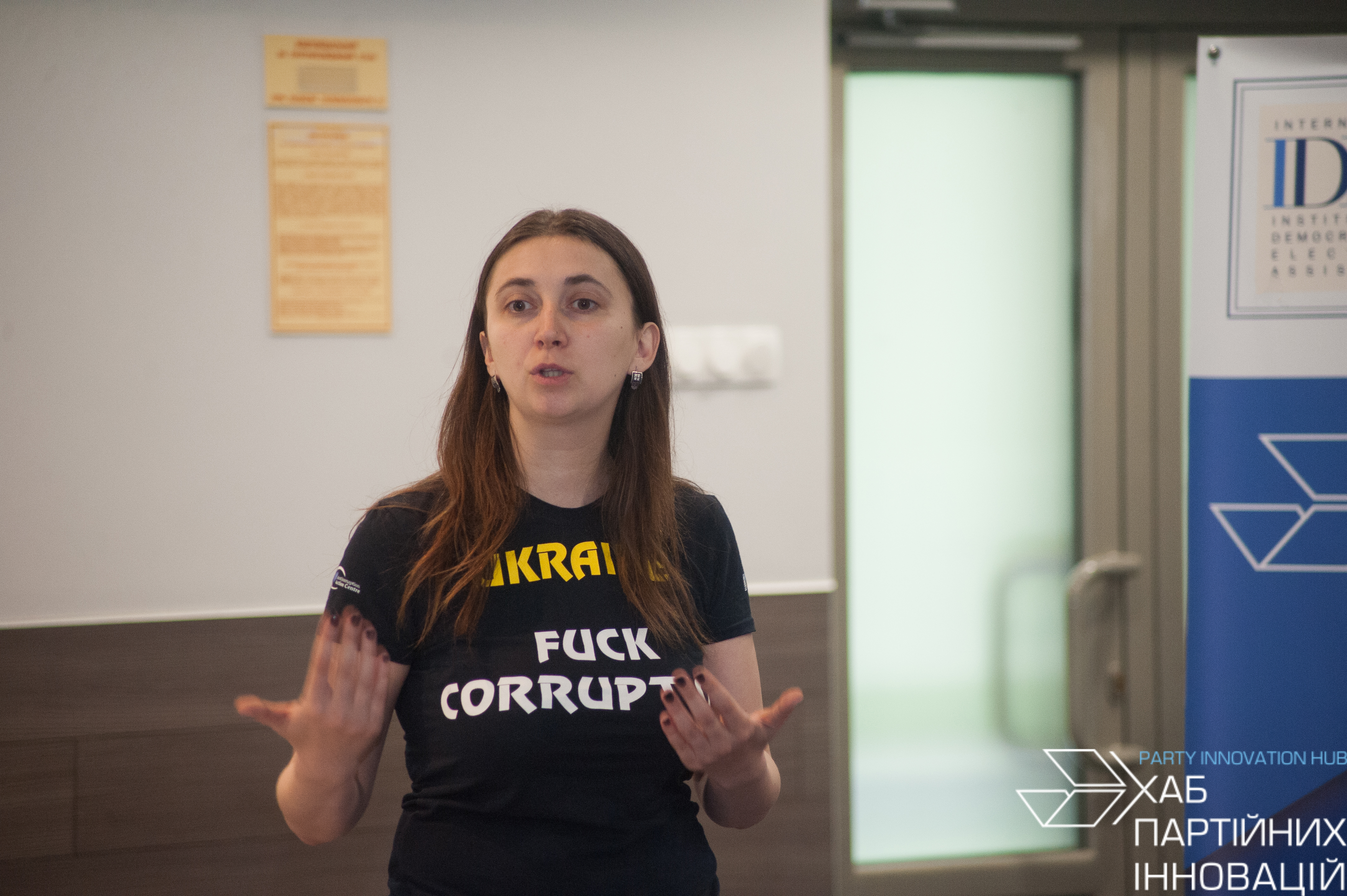 Iryna Fedoriv, Chief editor of CHESNO Movement’s website, told the participants of the training about the methodology, which CESNO Public Movement uses to conduct research on the activities of political parties; also Iryna presented the CHESNO Movement’s tools for assessing politicians and parties that are designed to help citizens make a rational and informed choice. 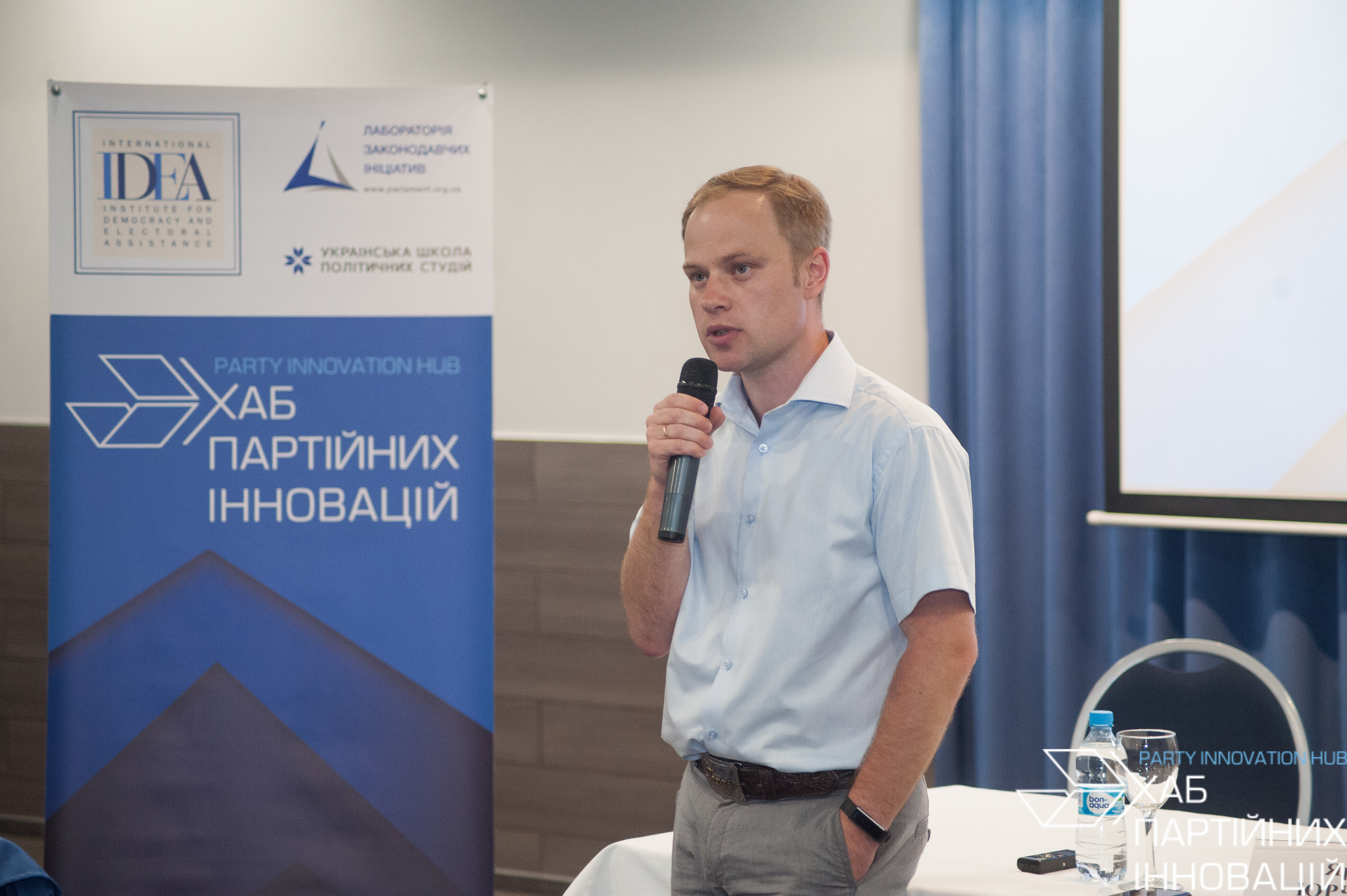 Arrangement of forces before the elections 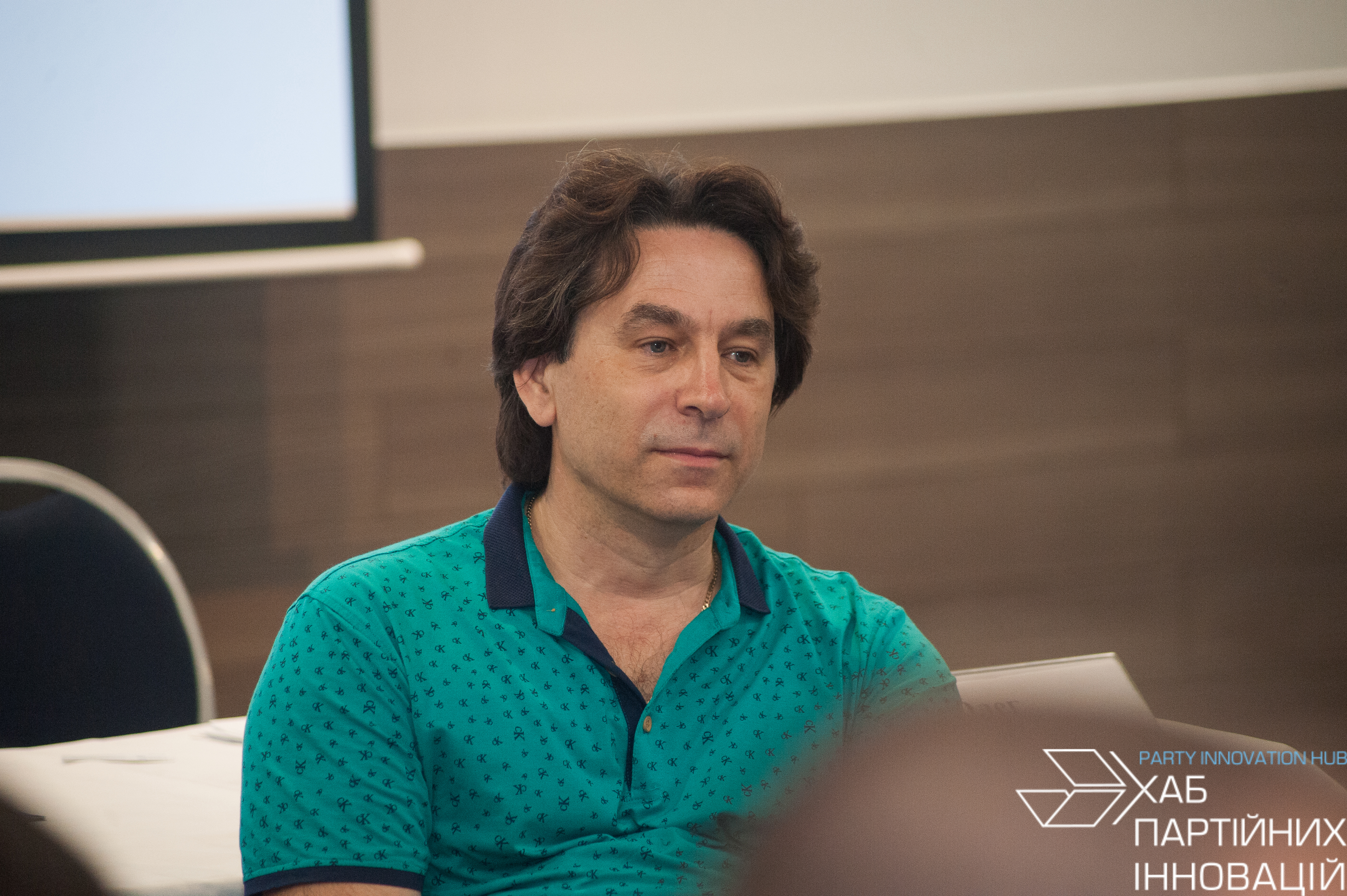 Oleg Medvedev, political consultant, discussed with the participants of the training the ratings, organizational capacities of political parties, and probable political strategies. Raoul Kramer, Thinker & Innovation Manager, Founding partner at Enabl.ist, told the participants of the training about the open source tools, their features and benefits. Why in the 21st century political parties need to go online? What is the fundamental difference between engagement and participation? How parties should engage voters in effective cooperation? How political parties from all over the world use digital instruments? 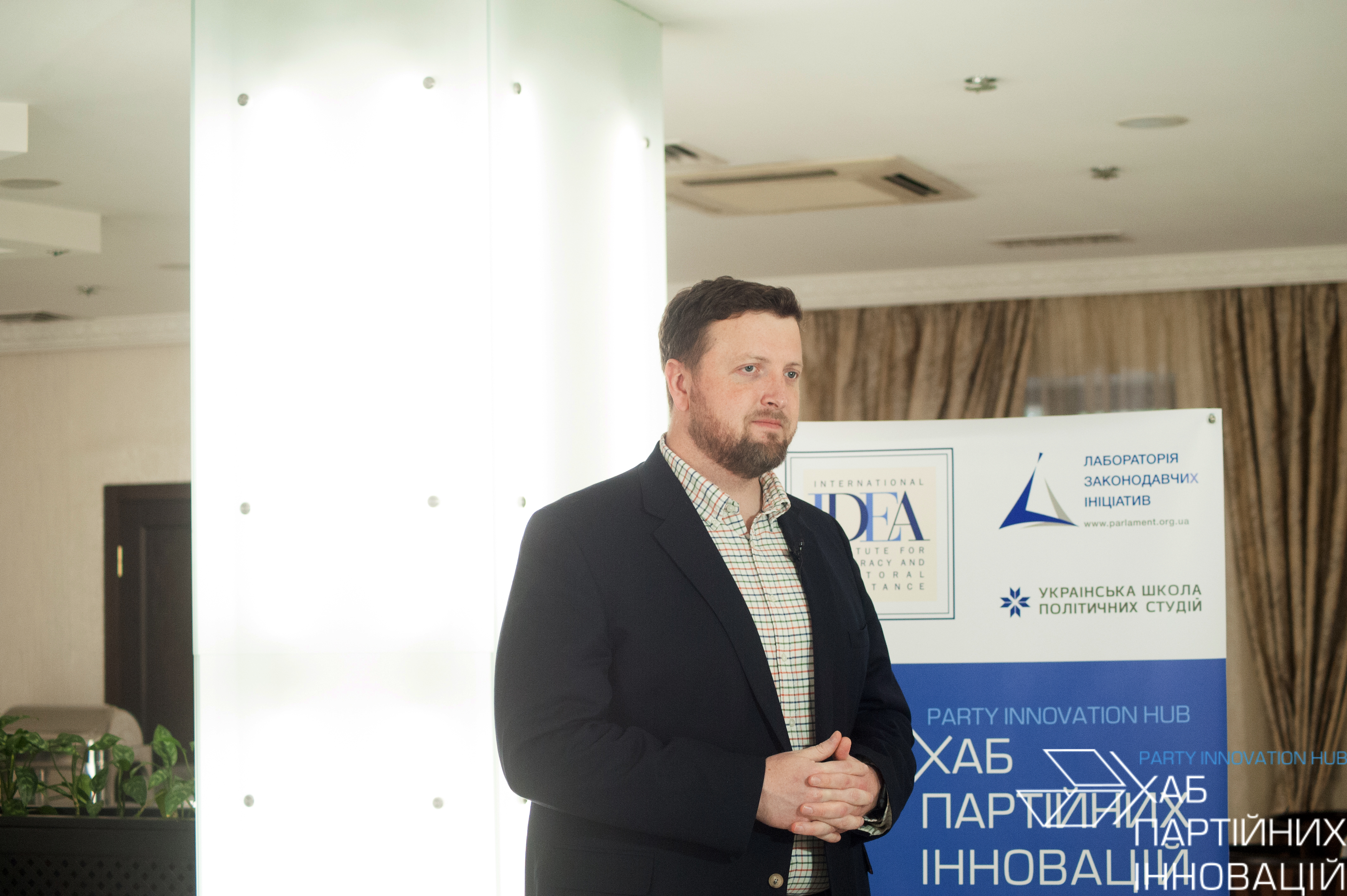 Michael Babyak, Former Director of Marketing Technology, Trump campaign, Partner of Dome Compass Inc., told participants of Party Innovation Hub about the Trump’s campaign. Why the Republican Party has invested in dgital? How to organize and conduct an extremely effective fundraising campaign? How to involve volunteers in your campaign? What is the positive impact of digital technology on the work of political parties? 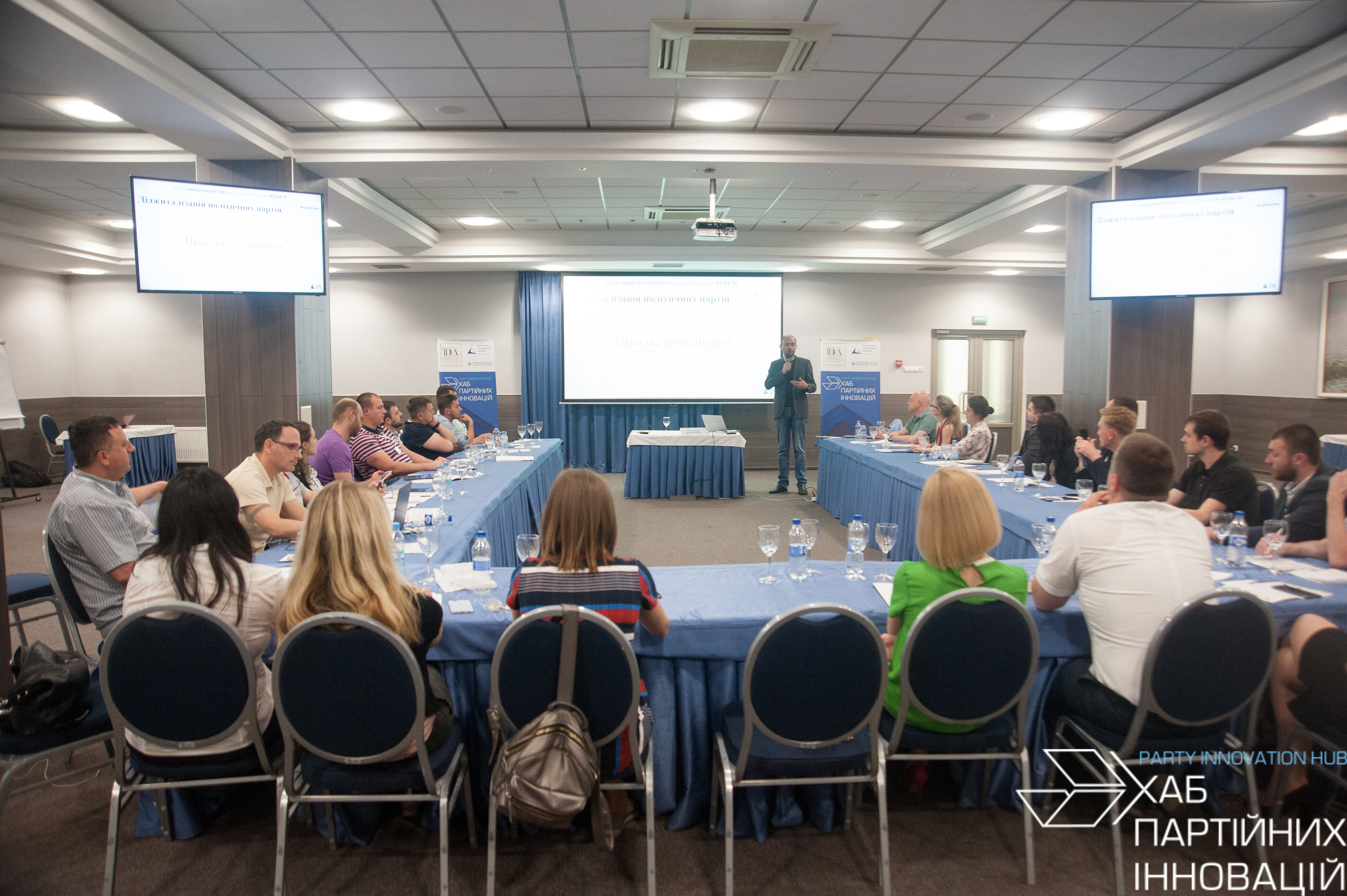 Oleksandr Iakymenko, Program Coordinator for Ukraine at International IDEA presented the concept of rapid prototyping and explained the way this methodology can be used by political parties.

Participants of Party Innovation Hub tested the technique later on and discussed its benefits with Michael Babyak. 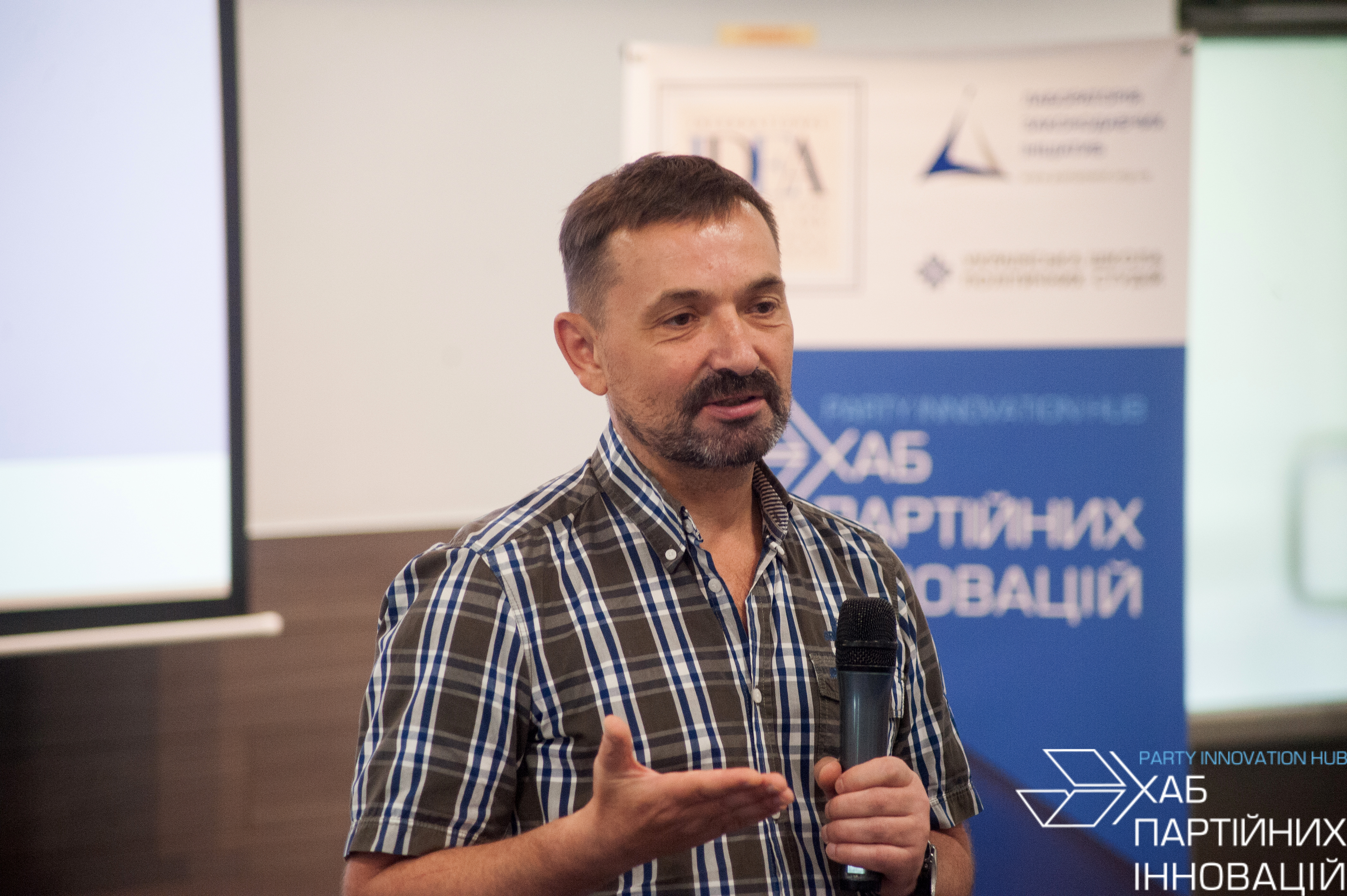 Sergiy Gaiday, Director for strategic planning, social engineering agency Gaiday.com, told participants of Party Innovation Hub about the the basis of effective communication and the real PR. What is populism? Why is it useful? What is the main task of the elite? Why do we need political parties? What is the most important communication channel in the modern world? Why Ukraine can be divided into “facebook world” and “TV world”? How to develop a discipline of thinking? Why is it important to be able to give clear definitions? Oleksandr Bondarenko, Head of Special Projects at Digital Communications Agency PlusOne, told the participants of Party Innovation Hub about how many people in Ukraine use the Internet. What is a “Generation of Titles”? What are the most visited sites in Ukraine? How do the facebook posts rank? What are the rules of behavior for politicians in social media? How does email marketing work? What are the secrets of successful video on social media? What Ukrainian politicians are looking for on the Internet?