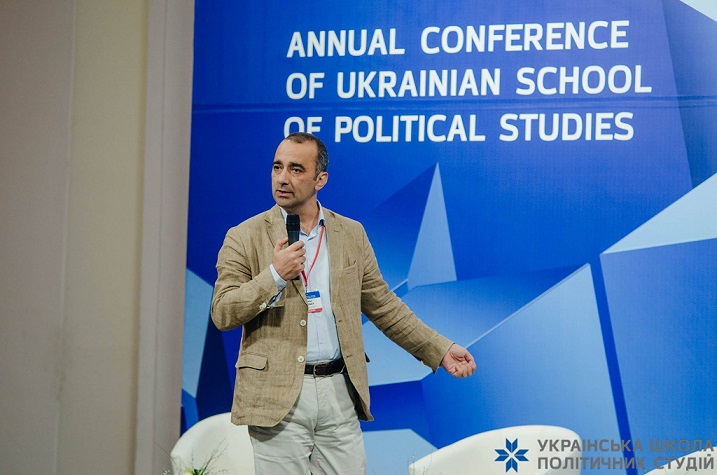 I would argue that if you are alive today, you are a member of the luckiest generation in the human history. It is a big claim, so let me substantiate it.

I would say, anyone alive today leaves longer, healthier and more capable and peaceful lives than anyone else before us.

Would anyone want to take a guess how long was life expectancy a hundred years ago? If you were living in 1917, what would be the average life expectancy in the world? The number I have is 31. In 2017, would you like to guess? 72.

In ten thousand years of human history we could only bring it to 31, and then we more than doubled it in one century.

We also lead more capable lives, compared to any other time in human history. Think about Skype or Wikipedia. Napoleon, or Genghis Khan would give their arm and leg for any of these things available to us free of charge.

I would also add that we are a fantastic learning community.

Something like the alphabet – in 25-30 symbols we can capture all known knowledge – is an extraordinary development done by one society, copied by all of us. Or the number system – with 10 digits we can do fantastic calculations.

Some 241 years ago, some farmers meet in the East Coast of the United States and tell us that all people are equal and have equal rights and this is self-evident now but wasn’t 240 years ago.

What about the bad news? The very networks that gave us this prosperity and progress are also making us very interdependent, more than we would like and can manage.

When do we see manifestations of too much interdependence? Clearly, finance.

10 years ago, American banks came up with fancy products, then failed. We didn’t have anything to do with that, yet the rest of the world had to suffer.

Or think something like global public health. When mothers give too many antibiotics to their children in India, you risk in Ukraine, the chances of a drug-resistant bacteria showing up at Kyiv airport are quite real.

But the epic manifestation of our interdependence is of course climate change. Even the most powerful country cannot build walls to stop a carbon-dioxide emission from the other side of the world.

In climate change we are quite literally in this all together. At the same time, if you intend to burn all the carbons under the ground, all the coal, all the natural gas, oil the temperature will increase.

Would you like to guess by how much? 8 degrees, as early as the end of this century. 8 degrees median, so it’s around 12 degrees on land. Here lies the tragedy. The luckiest generation in human history is about to bake the world into becoming a desert.

We are not the first people to identify this puzzle. There are some options and proposals.

I can identify at least three.

One is to do nothing. This you would get from the right wing in the United States, and certainly, President Trump seems to be on that page.

The other one, emanating from the enlightened Europe, is that we need good global governance, better institutional design – we will pull up a chair for the Chinese and India at the international financial institutions, this is tinkering on the edges.

The third option – you will get this from world federalists – to turn the whole UN into one country and one government. I find none of these options very exciting.

Imagine yourself walking down the avenue, and a researcher stops you, the same researcher stops someone else walking on the street, and hands you a 100-euro bill and tells you to split this money in any way you like.

This experiment has been done in every single country for 30 years – the average split is 55-45, so you keep 55 to yourself and give away 45.

But look what happens. In most countries, offers over 75-25 are routinely rejected. So why don’t they reject 60-40 but they reject 75-25? I don’t know. There is some tip wire of unfairness where we are willing to forego 25 euros to punish someone we don’t know and will never see again because of the agreed.

Now there are other version of this experiment, one called the Public Goods Game, where it’s no longer two people playing but five. We are given 100 euros each and we are told that there’s a pot in the middle. We can put it as much or as little as we want, once everyone is done putting their contributions, the total contributions will be doubled and divided equally to all the participants.

What do you think happens then? One option would be to keep all the money – not to put anything, if others are foolish enough to put all the money, you get one fifth of it anyway.

Or if you trust everyone, everyone puts is all the money, the total will be doubled, the money distributed equally and suddenly you doubled your wealth.

What does humanity do under these conditions? So, we know that there are some pro-social people, so in the first run people usually put in 1/3, you don’t want to seem too foolish or too greedy, you want to test others.

The trick is when you play multiple rounds. You put 50, I put nothing, and I get rich at the expense of your generosity. You don’t like to be made fool of, you decrease your contribution, and then nobody’s putting any money.

So, this is the collective action problem. Can we design interventions that will increase contributions?

One would be to punish people financially, if I can send you a bill for undercontributing if I’m paying myself. So, if I am putting 50, you are putting 20, at the cost of 5 more I can punish you and everyone gets the message and contributions go up.

But the one I find most interesting is that if we are allowed to talk before we make our contributions.

If we build trust through a conversation, contributions go up, because we are a species that can build a norm through engagement.

I would argue that we have too many transactions and not enough conversations. Conversations are done in good faith, it confirms to us that we are in this together.

I would argue that we are not generating the trust we need because we don’t have the conversations we need for this global age. We have too few encounters, and we are a little too tactical in the way we engage with each other.

The final research I would like to cite is from a source called World Public Opinion.

Apparently, 57% of humanity wants their governments to obey international law all the time even when it is not in the national interest. Not just enlightened Europe, but also India, China, US, countries known to be unilateralist.

Joseph Campbell said, if you want to change the world, change the metaphor, and I would say – change the conversation.

We are not a bunch of beasts; we are capable of cooperation.

The challenge is obvious – we either produce the trust, networks of cooperation that will fit our network of interdependence, or we will be the luckiest who destroyed the world.

We are both the answer and the problem. I will not be a knight on a white horse delivering us into a better place. The task is ours; I would suggest we get to work.

Hakan Altinay, President of the Global Civics Academy, Director of the European School of Politics (Turkey)