On December 14, 2017, the Committee hearings on “Principles of E-Governance in the Electoral Process” were held including presentation of the Policy Paper “Proposals for Policy on Cybersecurity Reform in Ukraine”.

The event was organized by the Agency for Legislative Initiatives in cooperation with the Committee on Informatization and Communications of the Verkhovna Rada of Ukraine with the support of the International IDEA.

The Policy Paper “Proposals for Policy on Cybersecurity Reform in Ukraine” identifies and describes the problem; examines the regulatory principles of cybersecurity; analyzes the respective reform of EU legislation and its implications for the cybersecurity of Ukraine; offers alternatives and analyzes the barriers and ways to overcome them.

The paper was presented by one of its authors – Yegor Aushev, Project Manager of the Cyber Guard, co-founder of HACKEN. 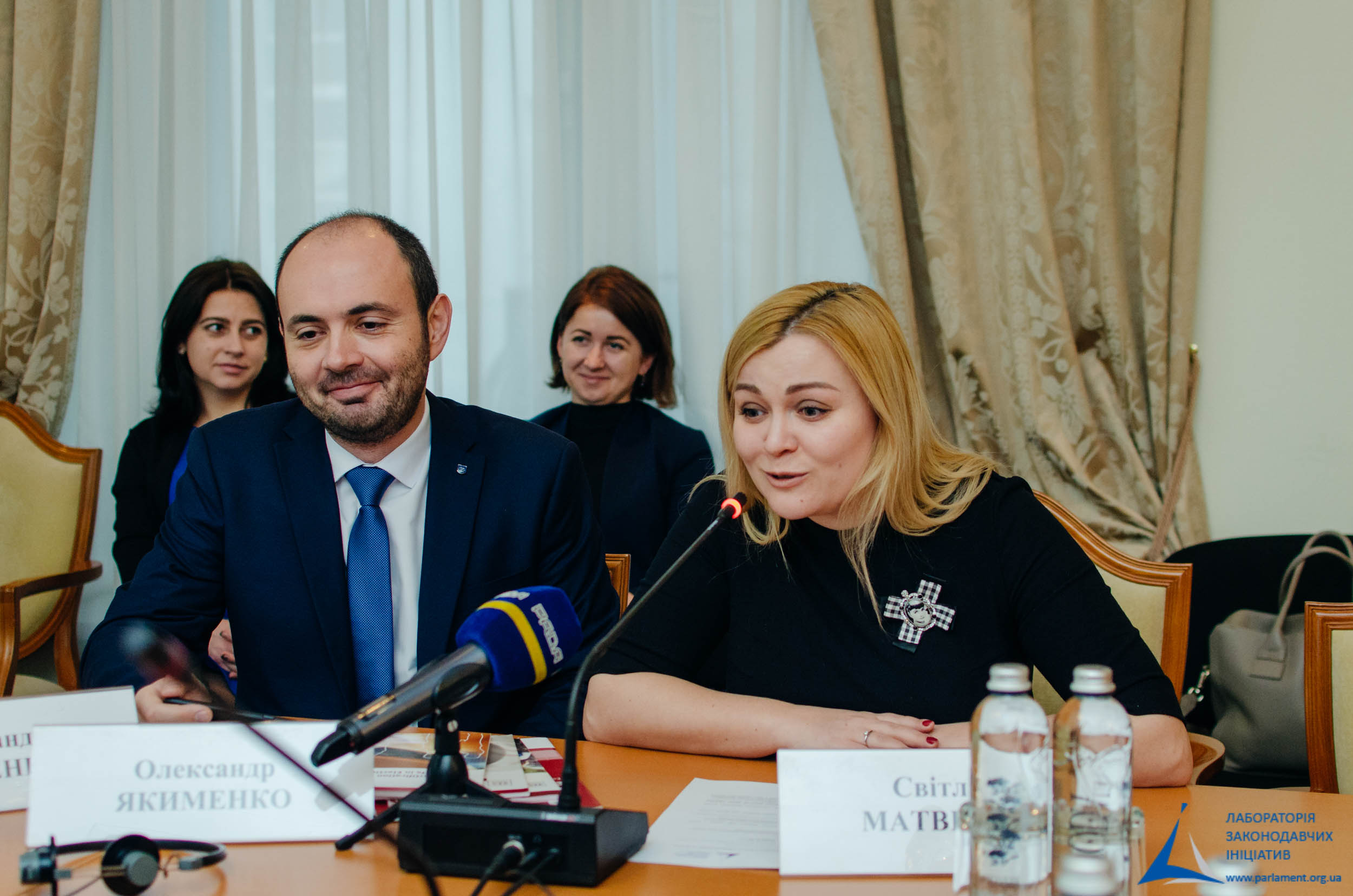 Svitlana Matviienko, Chairwoman of the Board of the Agency for Legislative Initiatives, noted that changes taking place around the world were encouraging Ukraine to change too. In particular, this concerns the prospect of the introduction of an electronic electoral process in Ukraine by 2024. However, it would be a great exaggeration to claim that our country is ready to this process. The Green Paper on the Information Security of the Electoral Process, which will be finalized following today’s discussions and recommendations, aims to at least partially fill this gap. 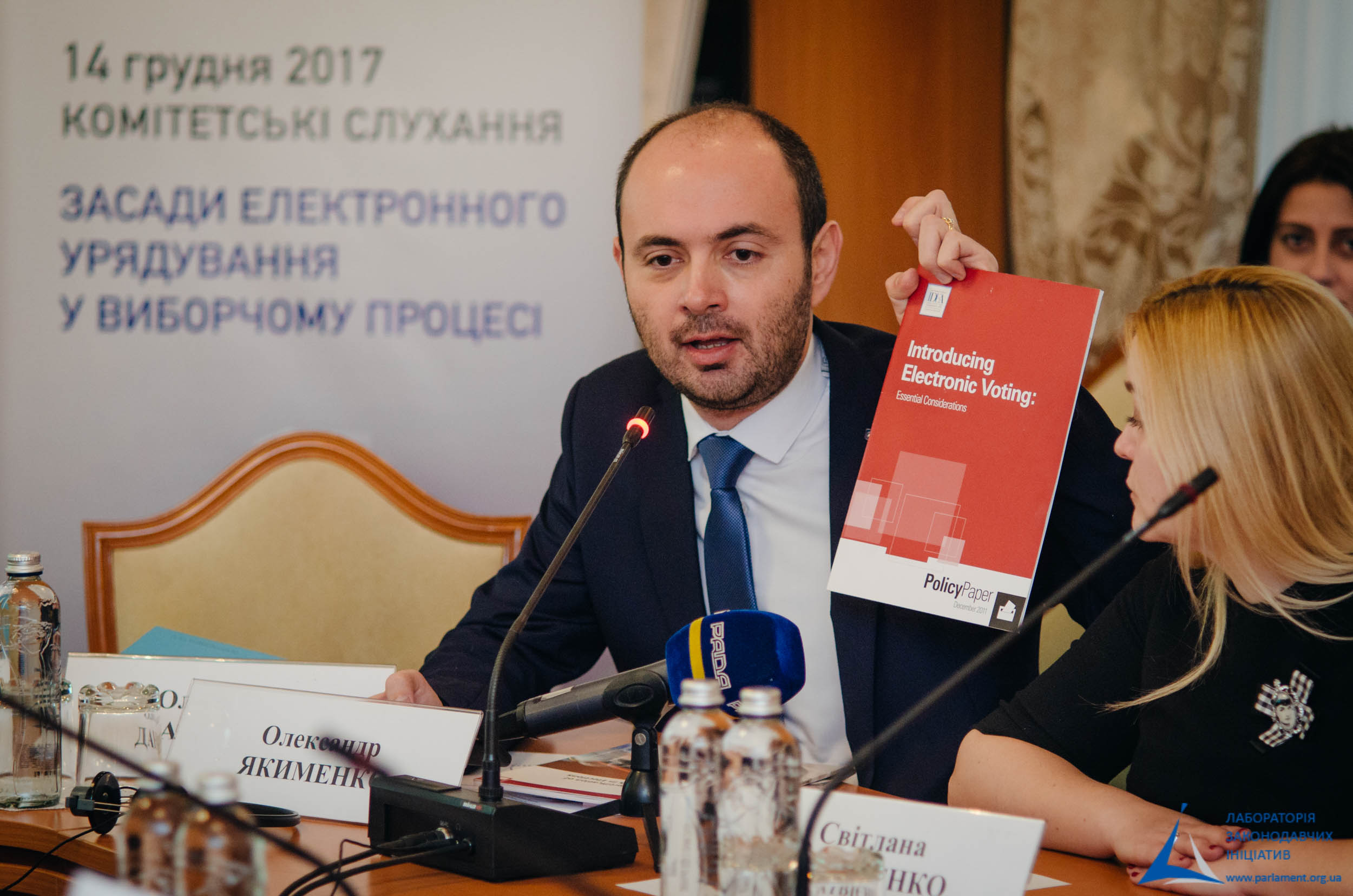 “We believe that the issue of introducing e-voting, the challenges and risks associated with it, as well as a number of other related and important issues, are extremely topical for Ukraine.

E-voting is not only a tool one can use to find out the result of the popular vote, we see it as a tool that makes the entire electoral process more effective and increases the level of trust in managing this process.

When correctly applied, solutions in the field of e-voting, can step up the protection of vote, accelerate the processing of results, and simplify the voting process. However, such decisions are fraught with significant problems. If they are not properly planned and carefully designed, they can undermine confidence in the entire election process.” 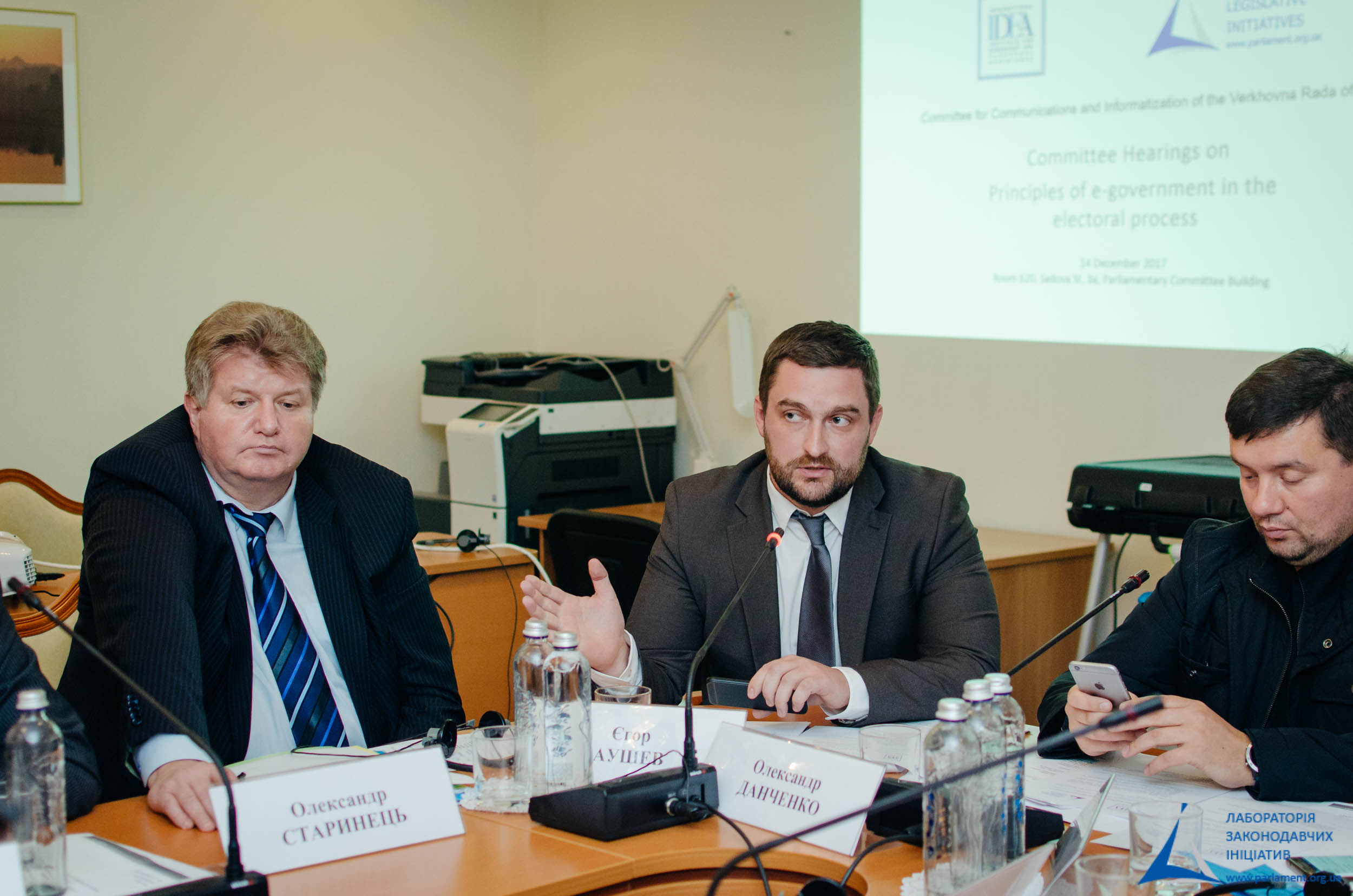 “The Internet, the Internet of Things (IoT) and information technologies open up boundless opportunities for mankind, but also generate new, very serious threats. More and more information is being transferred online; and according to recent estimates, presently more than 20 billion devices are connected to the Internet, which is several times more than the Earth’s population. Billions of gigabytes of different data are being accumulated on servers. The world is becoming open, and this rapid growth requires that “rules of the game” should be set forth.

“Under conditions of hybrid warfare, lack of a legislative framework for cybersecurity in Ukraine significantly increases the risk of collapse of the national cybersecurity system (if any) and challenges the possibility of integration of Ukrainian cybersecurity components at European and world levels. To date, Ukraine has established no single center for coordinating the work on legislative and regulatory support to ensure effectiveness of the system of cybersecurity based on a comprehensive analysis of the current state of affairs in this area, challenges, existing and potential threats that would take into account the interests of all stakeholders, would be integrated into the European and global international cybersecurity system, and would have sufficient financial, organizational, technical, and personnel support.”