EventsNEWS 24 Nov 2017
Comments Off on Presentation of the paper “Problem of Creating Parliamentary Service. Principles of Reform, Foundation of Functioning, Guarantees of Activity” Twitter Facebook Telegram

On November 24, 2017, the Kyiv Hotel hosted the roundtable “Parliamentary Service” organized by the USAID RADA Program including a presentation of the analytical study “Problem of Creating Parliamentary Service. Principles of Reform, Foundation of Functioning, Guarantees of Activity”.

The event involved 10 procedural discussions aimed at promoting the implementation of parliamentary reform.

The discussion covered the following issues: 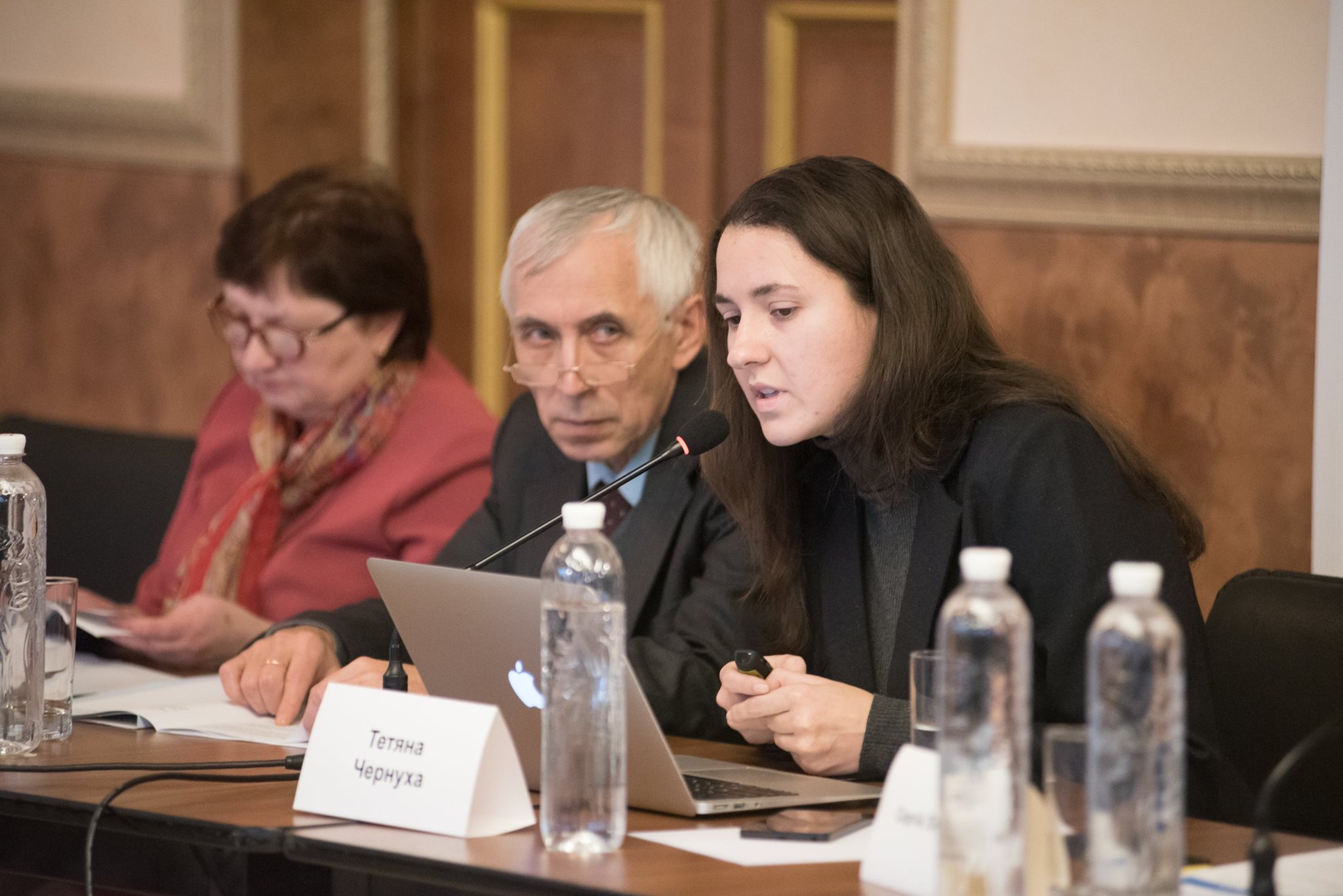 Presenting the paper, Tetyana Chernukha, Program Coordinator of the Agency for Legislative Initiatives, drew attention to the principles of reforming the parliamentary service, including reinforcement of the institutional autonomy of the Secretariat of the Verkhovna Rada of Ukraine; development of a staffing strategy of the Secretariat; codification of internal parliamentary policies; and drafting of the law “On Regulatory Legal Acts”.

Outlining the functions of the parliamentary service of Ukraine and its role in decision-making, Ms. Chernukha noted that the VRU Secretariat carried out organizational, expert and analytical, financial and technical support of the work of the Verkhovna Rada of Ukraine; prepared draft decisions important in planning the work of the VRU (i.e. estimates, plans of legislative work, draft agenda, draft assessment of bills for the main committees, draft opinions of the Scientific and Expert Department and Legal Department, and registration of draft laws).

Ms. Chernukha emphasized that based on the results of the survey of Secretariat employees (anonymous poll of the expert department and committee secretariats), 100% of respondents indicated that their political views did not affect their work in the VRU). However, 40 % of respondents noted that they had witnessed political pressure on their colleagues. According to Ms. Chernukha, the possible ways of reforming the parliamentary service include designing an effective mechanism that would enable the Main Scientific and Expert Department and the Main Legal Department to suspend inadequate bills; development and introduction of a mechanism of protection against political pressure on employees of the relevant departments; as well as creating an anonymous online platform for employees to complain about political pressure on themselves or their colleagues. Each complaint should be dealt with and investigated.

Having analyzed the current personnel policy of the VRU Secretariat, Ms. Chernukha proposed a number of ways to improve the work of the parliamentary service, including elaboration of clear job descriptions; standardization of the form and establishment of clear-cut requirements for the expert opinions and legal reviews prepared by the Secretariat, the relevant job descriptions must contain references to them; classification of professional positions; appropriate training of the members of the competition commissions; elaboration of test tasks, which should vary depending on the job description and the grade level of the job. The selection of the VRU Secretariat employees and their further work may greatly benefit from the following: arrangement of selection planning so that specific requirements should be checked at each stage of the selection; reducing the scope of subjective assessments of commission members by introducing answer-keys to situational tasks; improving data collection and reporting on human resources in the civil service with a view to effectively supporting HR planning, HR management activities and monitoring can also significantly improve the process of selecting the staff of the Verkhovna Rada staff and their further work. 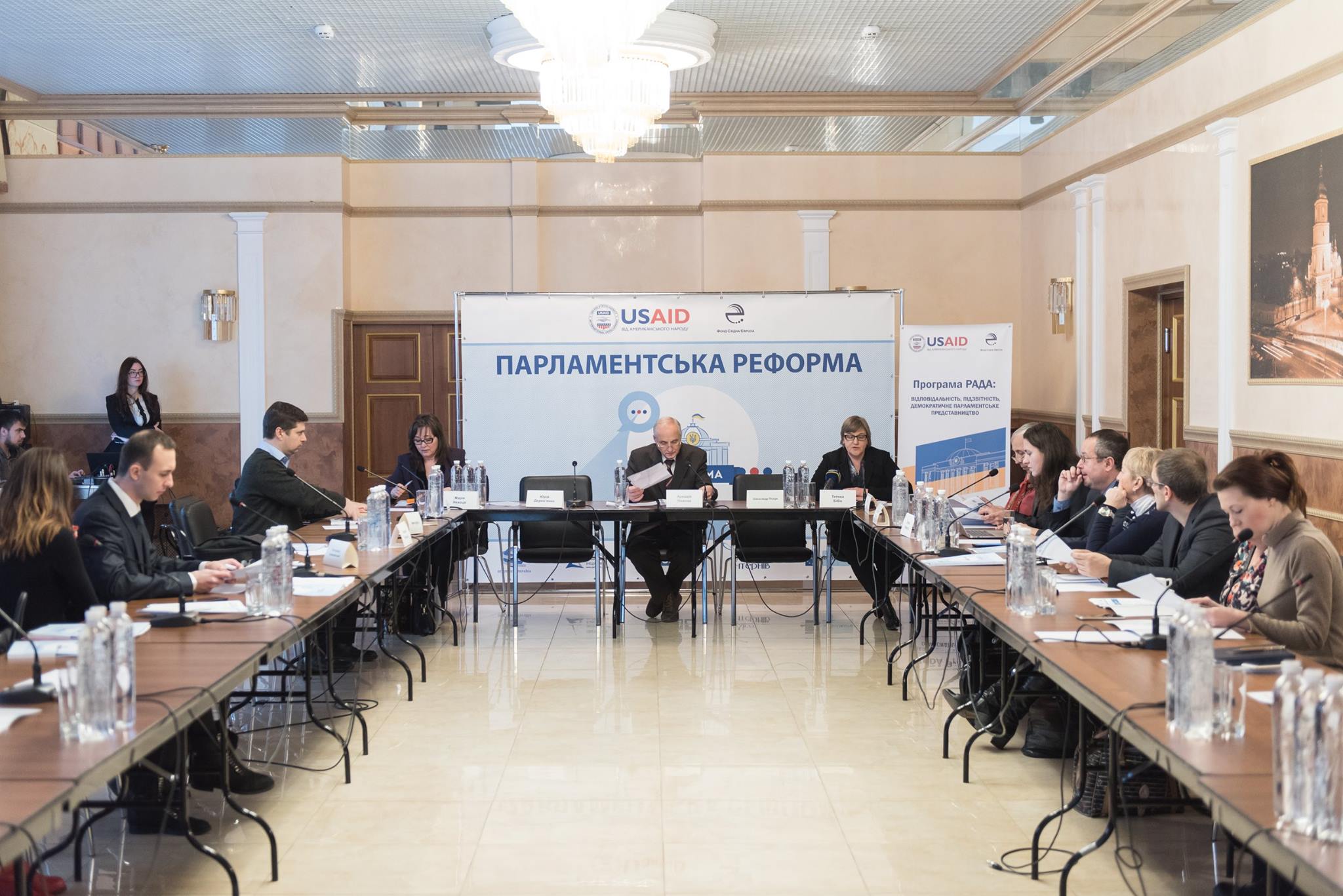 What is happening with public administration reform?

Corporatization of defense enterprises in the draft law №3822 – what and why?