On November 15, 2017, the Ukrainian Crisis Media Center hosted a presentation the policy paper on “Proposals Concerning Policy on Conflict of Interests of MPs of Ukraine”.

The event was organized by the Agency for Legislative Initiatives within the framework of the USAID RADA Program: Responsible, Accountable, Democratic Assembly implemented by the East Europe Foundation. 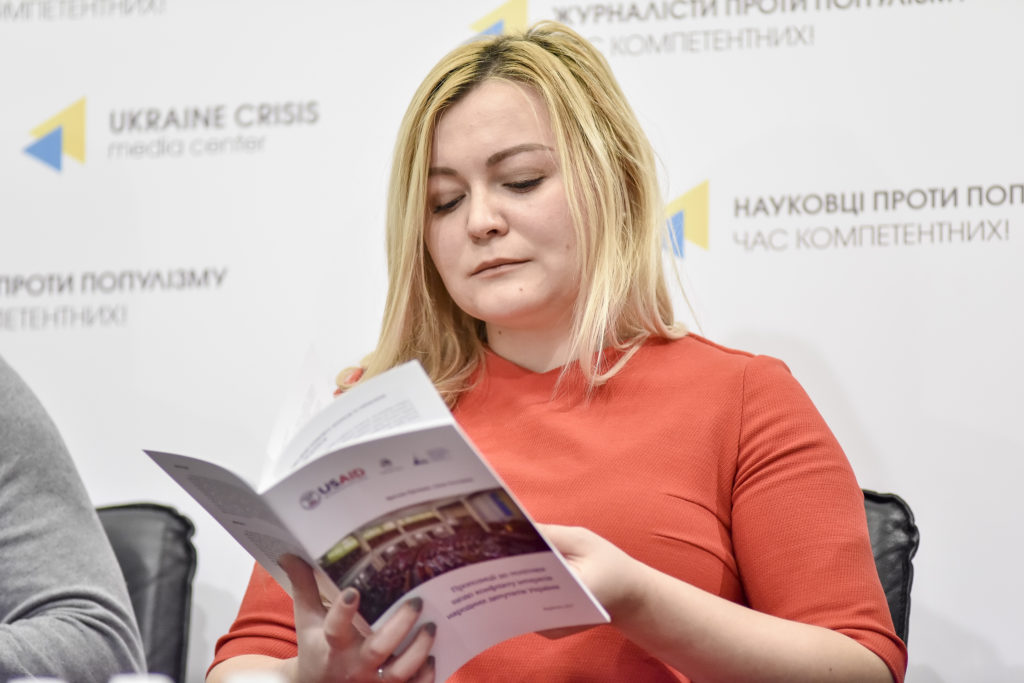 Svitlana Matviienko, Chairwoman of the Board of the Agency for Legislative Initiatives:

“The issue of conflict of interests arose in the context of our cooperation with MPs of Ukraine when drafting a Code of Conduct for parliamentarians. This is an extremely important and topical issue for Ukraine and we have been working on it for many years with a number of international partners. Due to the proposed codification for MPs including the main provisions of the Law “On the Status of the People’s Deputy of Ukraine”, the Law “On the Rules of Procedure of the Verkhovna Rada of Ukraine” and the Constitution of Ukraine, we created the basis for every MP to understand what exactly is included in ethical codification, how it is regulated and how we can prevent corruption of the work of MPs. Because the MP’s work is a professional activity that must be regulated, just like the activity of a doctor or teacher.”

Ms. Matviienko emphasized that this study was done as a Policy Paper, a standard format for documents prepared within the framework of the RADA Program. The paper offers proposals concerning policies, that is, it suggests specific solutions as to preventing MPs’ conflicts of interests based on the current legislation and proposals for the future in the field of regulation of parliamentary activity as such. 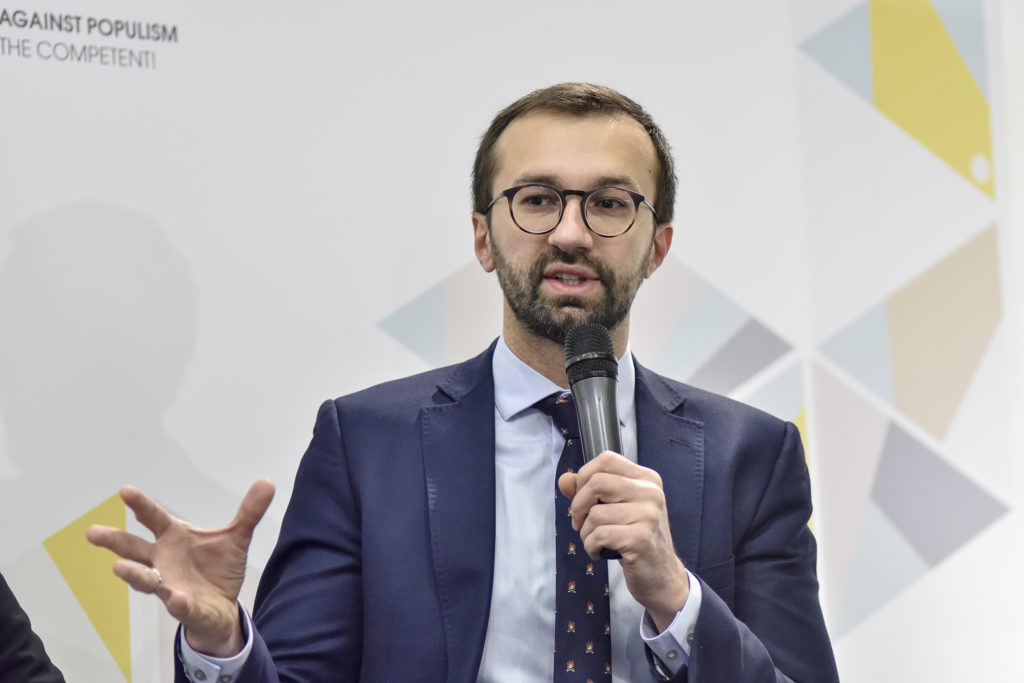 “The current situation in the Ukrainian parliament is the result of the lack of proper regulation of the issue of conflict of interest. Because when an MP is elected to parliament, there appears a customary and constant drive to use the position for self-enrichment through the use of opportunities given by the parliamentary seat. This is especially true for MPs who have permanent business connections with their either previous companies, or the ones they presently continue to manage having withdrawn from business pro forma, on paper only.”

Mr. Leshchenko claims that he has become used to hearing MPs in the session hall blatantly discussing the most effective ways to attract budget funds to the area of their interests. Mr. Leshchenko believes that a Code of Conduct can help avoid corruption problems that keep arising. MPs who are involved in business cannot make decisions in the relevant area.

Mr. Leshchenko argues that this study shows how acute the problem is and how it is settled in different countries of the world. He hopes that after the adoption of the Code of Conduct the Ukrainian parliament will have fewer conflicts of interest. It is better to prevent them than to spend money to fight their consequences. The present study will contribute to the elimination of conflicts of interest. 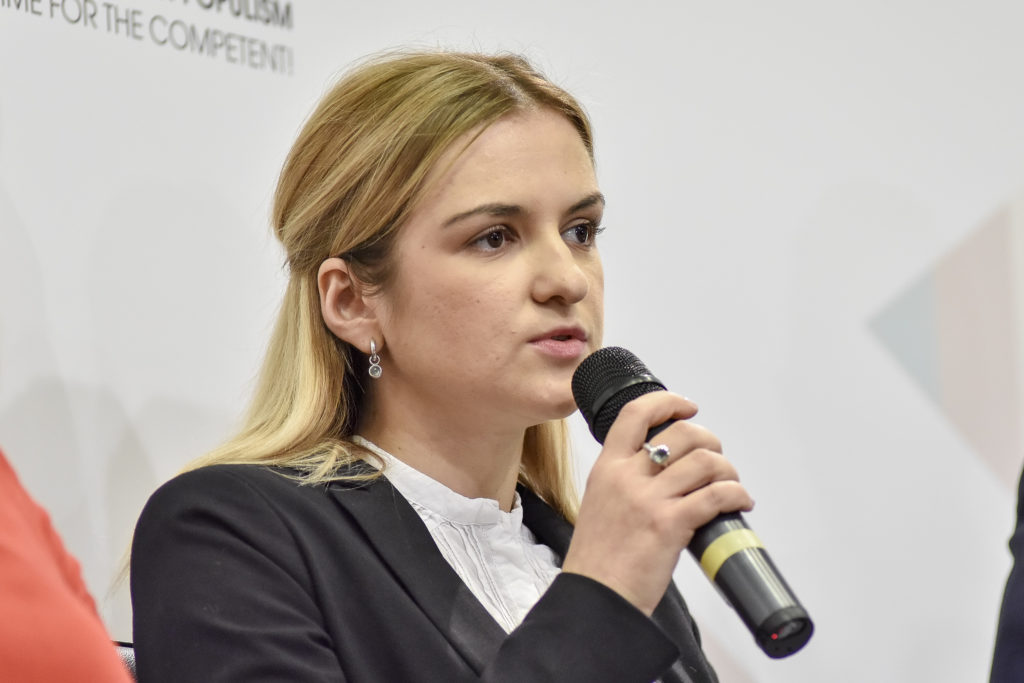 Ulyana Poltavets, Program Director of the Agency for Legislative Initiatives:

“Parliament’s role in combating corruption is not limited to adopting anti-corruption laws. First of all, a democratic parliament must conform to its own standards of openness and transparency. Of course, the main obstacle to adhering to these principles is MPs’ conflicts of interests. The Ukrainian parliamentary practice abounds in examples when a representative of a particular industry is a member or the head of the specialized parliamentary committee. Despite the popularity of the term “cronyism”, the phenomenon of “a conflict of interest”, which essentially illustrates this term in the Ukrainian parliament, is not a priority on the agenda of parliamentary reform and corruption counteraction. However, MPs’ conflicts of interests are the prime source of corruption. MPs make extensive use of the impunity for existence and exploitation of private interests.

According to the analysis of the 2016 electronic declarations of 422 MPs of Ukraine of the 8th convocation, 31% have equity rights, and 25.6% are the final beneficiaries of legal entities. At the same time, the analysis revealed that 38 MPs have a conflict of interests, including two chairpersons of committees (Chairperson of the VRU Committee on Health Care and Chairperson of the VRU Committee on Transport). The record holders in terms of the number of members with conflicts of interests are the Committee on Agrarian Policy (20 MPs) and the Committee on Construction, Urban Development and Housing and Communal Services (7 MPs).

Some enterprises may belong to family members rather than MPs themselves, which anyway is contrary to the provisions of the Law of Ukraine “On Prevention of Corruption”: rights cannot be transferred to the benefit of family members. However, only 3 out of 131 MPs who have equity rights indicated that their company was put in trust for a management entity. However, neither the Committee on Rules of Procedure nor the NACP takes the necessary measures to eliminate existing conflicts of interest, not to mention avoiding them. MPs exploit their status and enjoy impunity by voting on issues of direct interest to them.

Given the above described, it is advisable to introduce a comprehensive conflict-of-interest policy. This policy will include a series of measures that will help to effectively manage conflicts of interest, as well as prevent them. To this end, according to the OECD recommendations, policies will be developed in following key areas: completeness of the definition of the concept of conflict of interest in legislation, transparency, openness and accountability, conflict of interest management, raising awareness concerning conflicts of interest, enforcement and monitoring of enforcement of the current regulations.” 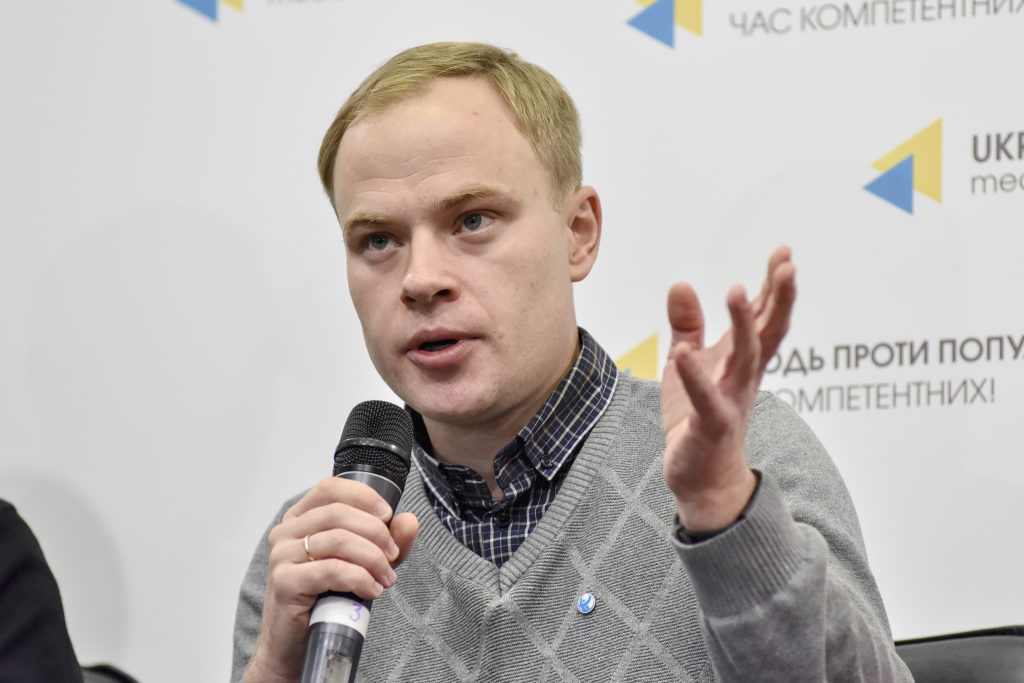 Yaroslav Yurchyshyn, Executive Director of Transparency International Ukraine, emphasized the importance of the study that draws attention to the permanent violations of conflict-of-interest principles, focusing on the precedence of private interests over public ones in the actions of some politicians. Mr. Yurchyshyn argues that Ukraine is gradually moving towards solving the conflict-of-interests issue. The importance of this problem lies in the fact that combating the effects of corruption is rather complicated since corruption schemes remain in place, they can easily be resuscitated and re-channeled. It is more effective to prevent such situations by setting rules that inhibit corruption. Also, Mr. Yurchyshyn emphasized that in the realities of Ukraine the Code of Conduct would only be effective if major penalties were imposed for violations. According to Oleksandr Lemenov, Senior Expert, RPR Anticorruption Group, despite the anti-corruption regulations integrated into Ukrainian legislation since 2014, neither the specialized anti-corruption institutions nor MPs can settle this problem in their activity. Mr. Lemenov drew attention to the fact that very often senior officials did not even understand the very essence of the principle of conflict of interest. That is why it is extremely important that MPs should study the paper in detail.

The first module of the School of Community Leaders 2020 is coming to an end!