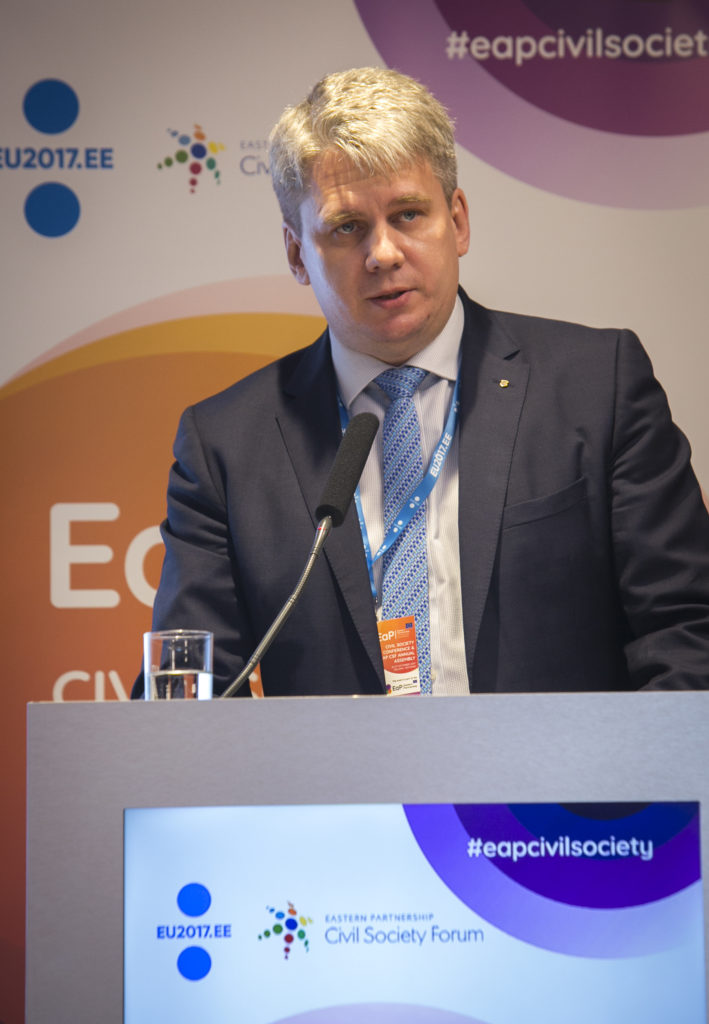 The opening speech was delivered by Jaan Reinhold, ‎Estonia’s Ambassador-at-Large for the Eastern Partnership, and Hennadiy Maksak, Co-Chair of the EaP CSF Steering Committee, the alumnus of the Ukrainian School of Political Studies. 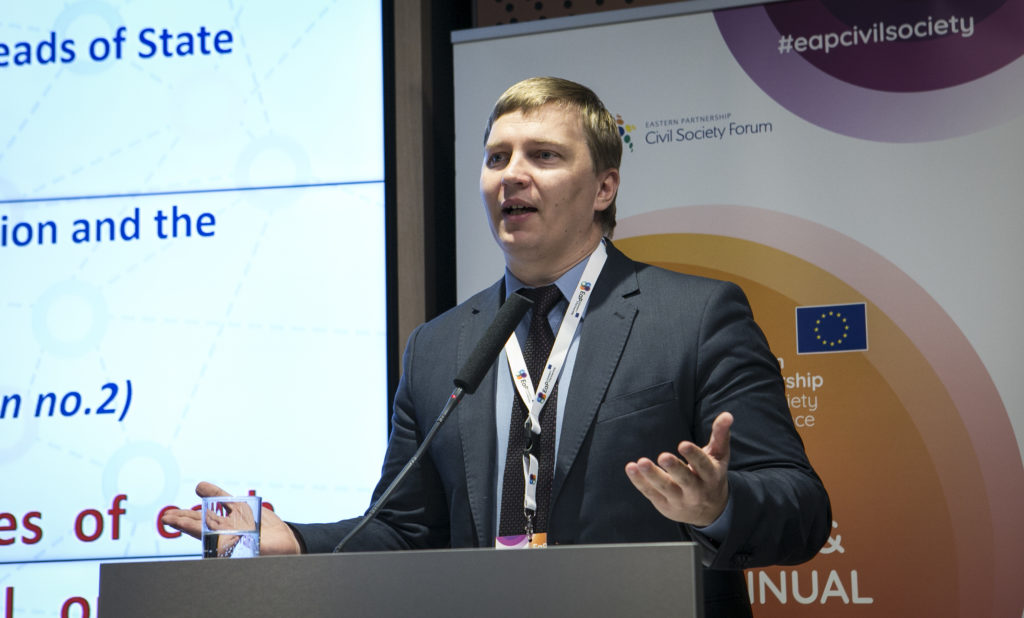 Hennadiy Maksak emphasized that the 9 years of the Forum’s work confirmed that it was an effective instrument for a multilateral dialogue between the EU, the governments of the Eastern Partnership countries and civil society. Public activists significantly contribute to overcoming regional challenges: fighting corruption, promoting respect for human rights and defending democratic values.

The first day of the Annual Assembly was devoted to outlining the agenda of the entire event. The greatest attention was paid to the cooperation of governments and civil society in the Eastern Partnership countries, which was discussed at the first plenary session. During the session, a number of issues were raised: the prospects of regional and economic integration; media and misinformation in the media; digital instruments as a means of democratic governance. Marian Lupu, Co-President for the Eastern component of the Euronest PA, Kakha Gogolashvili, member of the Steering Committee of the EaP CSF, and Diana Jablonska, representative of the EC Directorate General for Neighborhood and Enlargement Negotiation, expressed their opinions on mechanisms to strengthen and broaden civil society involvement in policy development in the Eastern Partnership region. 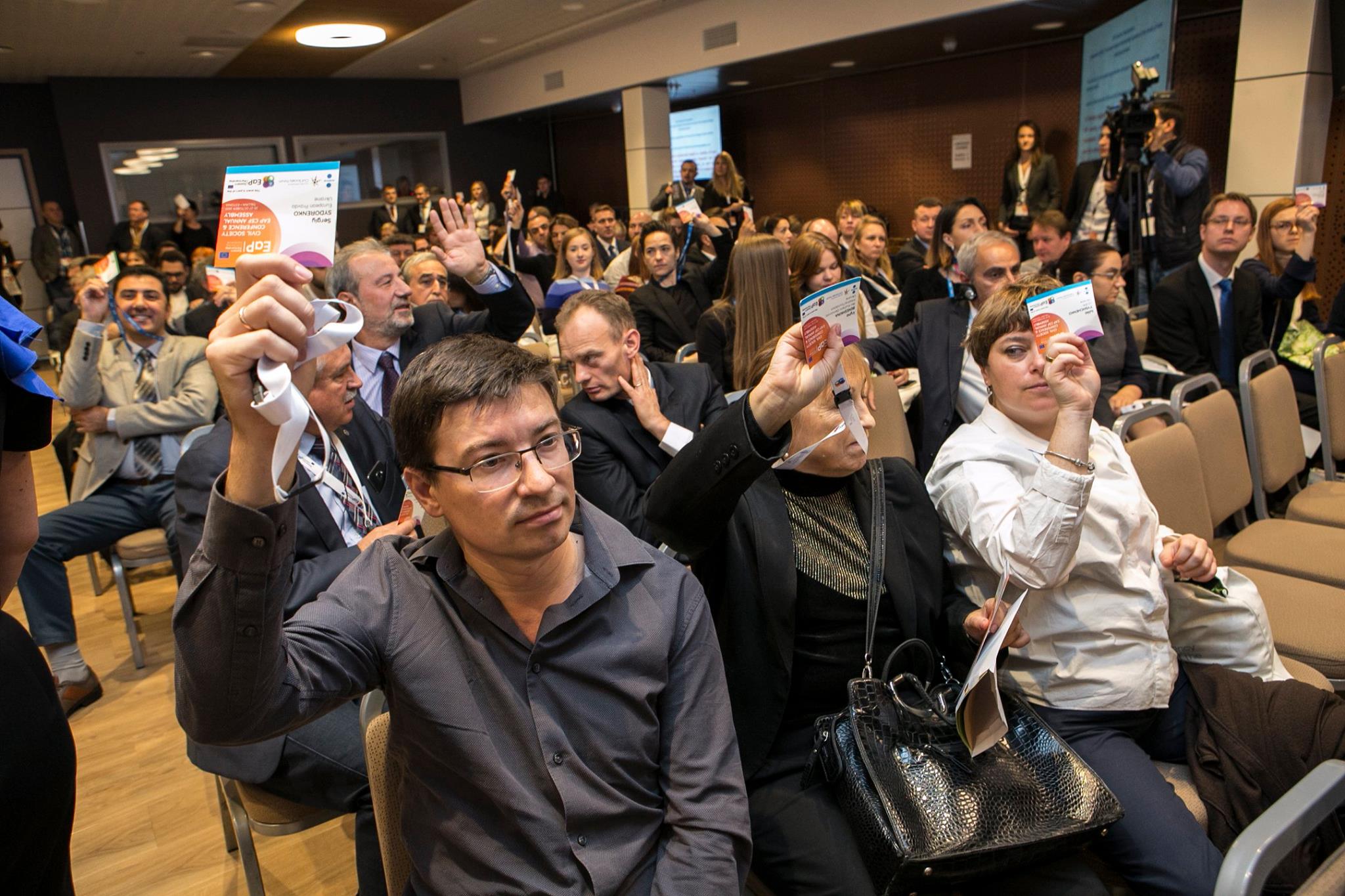 The first day culminated in the adoption of the Declaration of Civil Society. However, the Ukrainian and Georgian delegations opposed certain paragraphs of the Declaration concerning the presence of independent Russian media in the media sphere of the partner countries. Since the rules of procedure did not allow to introduce changes on the voting day, the consensus was reached via a separate opinion to the Declaration added by the delegations of Ukraine and Georgia: “Given the Russian-Georgian conflict and the Russian-Ukrainian conflict, the Russian occupation of the territories of the region and the enormous influence of the Russian media in the hybrid warfare, and taking into account the regulations of our countries, our delegations insist that the relevant paragraph should not apply to Georgia and Ukraine.”

The second day began with the ceremony of EaP CSF Pavel Sheremet Journalism Award. Last year, the award went to Mykola Semena, and this year the winner is the imprisoned Azerbaijani journalist Afghan Mukhtarli, who was kidnapped in Georgia during protests. Afterwards, representatives of the EaP CSF Steering Committee Hennadiy Maksak and Haykuhi Harutyunyan presented the adopted Civil Society Declaration upheld by 130 organizations from partner countries. 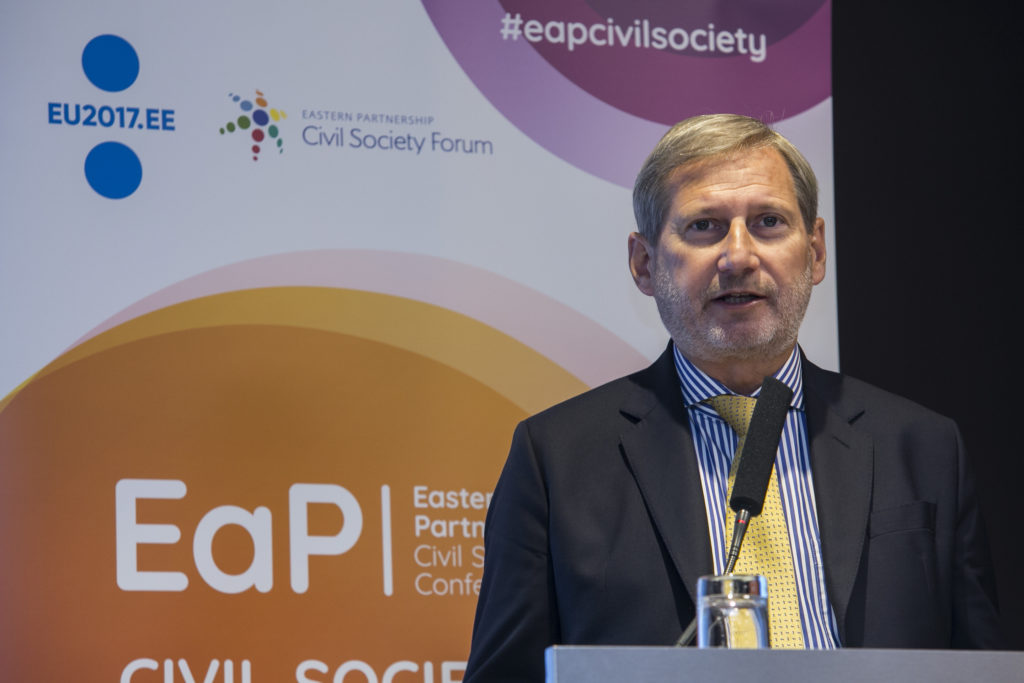 In his speech, Johannes Hahn, Commissioner for European Neighborhood Policy & Enlargement Negotiations, mentioned the achievements of Ukraine, Georgia, and Moldova in fulfilling their commitments under the Association Agreements and outlined plans for cooperation with other partner countries. The Commissioner also noted that “20 Key Deliverables for 2020 for the Eastern Partnership” could be viewed as a roadmap aimed at achieving the set goals and observed that the European Union and civil society had high mutual expectations: civil society had its vision of cooperation discussed at the Brussels Summit, while the European Union expected the maximum awareness of the population of partner countries, as well as close cooperation with a wide range of European institutions. 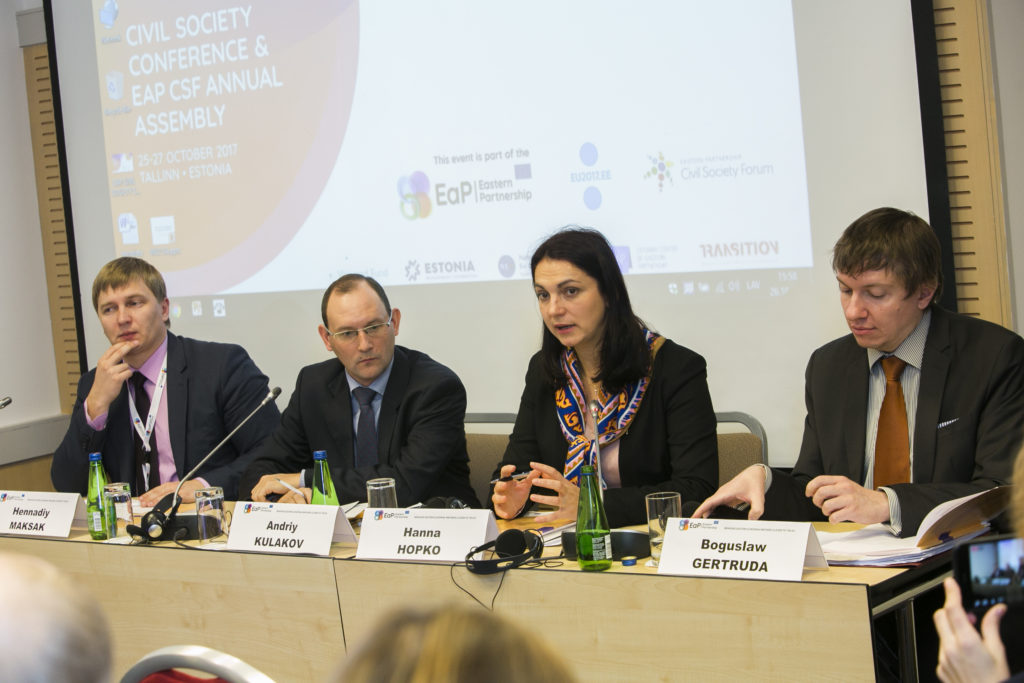 After several parallel discussions that were thematically distributed by working groups, the Ukrainian National Platform of the EaP CSF presented a study entitled “Ukraine in the Coordinates of the Eastern Partnership 2017-2020”, where UNP experts assessed the relevance and feasibility of the 20 deliverables and identified the priorities for Ukraine. The discussion was attended by Hennadiy Maksak, National Coordinator of the UNP, Hanna Hopko, Head of the Committee on Foreign Affairs of the Verkhovna Rada of Ukraine, and Bogusław Gertruda, Team Leader for Ukraine, Eastern Partnership Bilateral Division, European External Action Service. All the participants of the discussion agreed that without active participation and support of civil society, none of the reforms, including medical, pension and educational reforms, could succeed. The participants identified the key areas of sectoral cooperation, i.e. strengthening the energy component and security of the EU’s eastern borders. 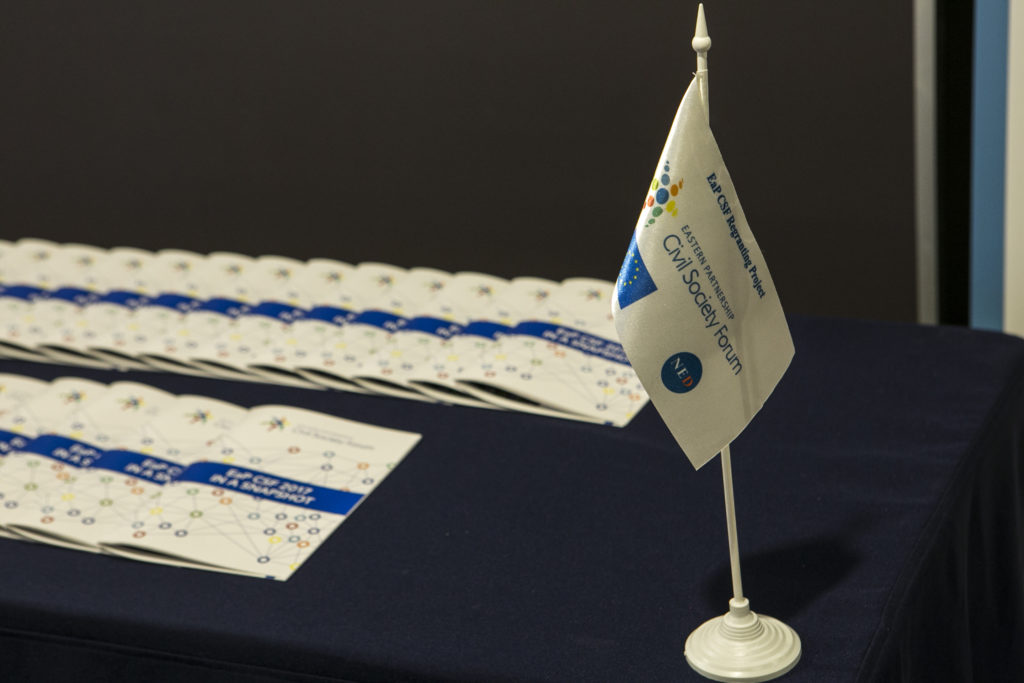 The last day was devoted to discussing the EaP CSF strategy for 2018-2020, namely the importance of its advocacy function and organizational reform. However, because of the lack of a quorum, none of the documents was adopted, therefore the Working Groups will work on them during the year and vote remotely. Lifebuoy: How do Ukraine’s neighbors support the economy during the corona crisis?

Why is a one-time politics bad?

Is the remote voting in the Verkhovna Rada possible?

Who can declare a state of emergency?