On November 1, 2017, the Shadow Report “Memory Policy Reform: Interim Results of Enforcement of the ‘Decommunization Laws’” was presented within the framework of the roundtable on “Legislation on Condemnation of the Communist and National Socialist (Nazi) Totalitarian Regimes in Ukraine: Enforcement Status”.

The event was organized by the Agency for Legislative Initiatives in co-operation with the Subcommittee on Decommunization of the Verkhovna Rada Committee on Legal Policy and Justice within the framework of the USAID RADA Program: Responsible, Accountable, Democratic Assembly implemented by the East Europe Foundation.

De-communization is one of the Ukrainian reforms implemented thanks to the joint work of the public and the legislative and executive branches of government. The initiators and supporters of the law held a lot of public discussions and roundtables in the specialized committees of the Verkhovna Rada, examined the expert opinions of commissions consisting of historians, ethnographers, archivists, sociologists and other researchers. Such programs as “Open Archives” and “Leaving the USSR” (the study of the experience of Central and Eastern European countries), launched by the Center for Research of Liberation Movement as far back as in 2010, helped to formulate proposals for policy and eventually made up its basis. National memory issues were included in one of the sections of the Coalition Agreement, signed by the parliamentarians of the VIII convocation, as well as in the Action Plan for Implementation of the Program of Activities of the Cabinet of Ministers and the Coalition Agreement for 2015, Plan on Legislative Support to Reforms in Ukraine and Action Plan of the Cabinet of Ministers for 2016.

In late 2016, the Ukrainian Institute of National Remembrance, the central executive body for implementing the policy of national memory, published the first results of decommunization in Ukraine. The Verkhovna Rada adopted 13 decrees on the renaming of settlements and toponymic sites in settlements. All in all, 52,480 objects were renamed (51,493 streets, 987 settlements (including 32 towns) and 25 districts) and 2,389 monuments (including 1,320 Lenin monuments) were dismantled. There are still 2 oblasts and one district to be renamed. Oblasts can be renamed only by introducing changes to the Constitution of Ukraine. 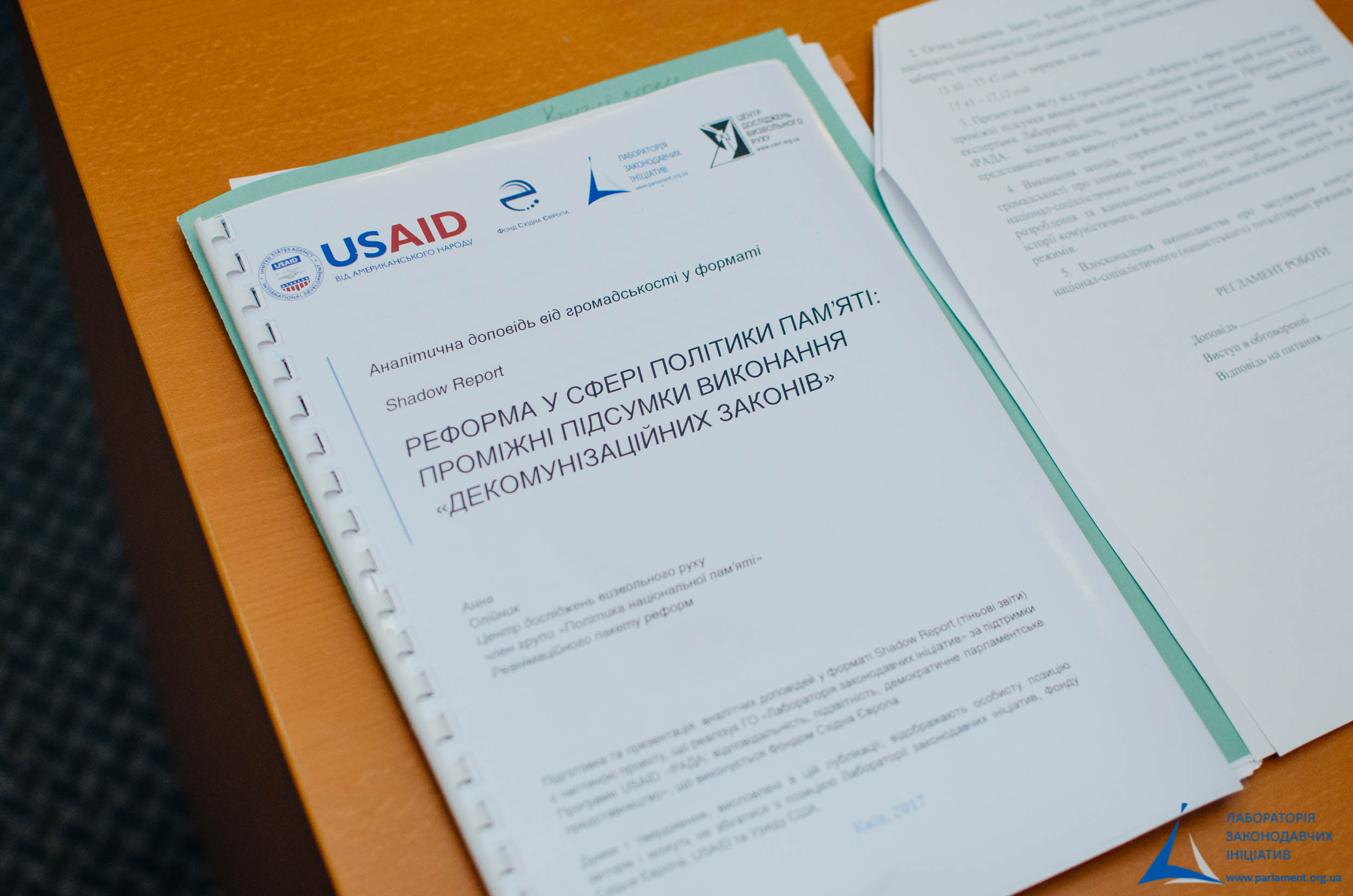 The Shadow Report “Memory Policy Reform: Interim Results of Enforcement of the ‘Decommunization Laws’” summarizes the interim results of the decommunization reform and highlights the issues that need to be further elaborated. The document examines the objectives of the reform (what was planned and what has been implemented at the legislative level); analyzes the reform planning at the level of Parliament and Government; discusses the principles for renaming toponyms and dismantling monuments; refers to the stages and persons who perform decommunization in Ukraine; provides official statistics on the implementation of the tasks within the decommunization package; examines the reform stakeholders, public perception of the policy and litigation; and suggests steps that need to be taken to complete the reform. 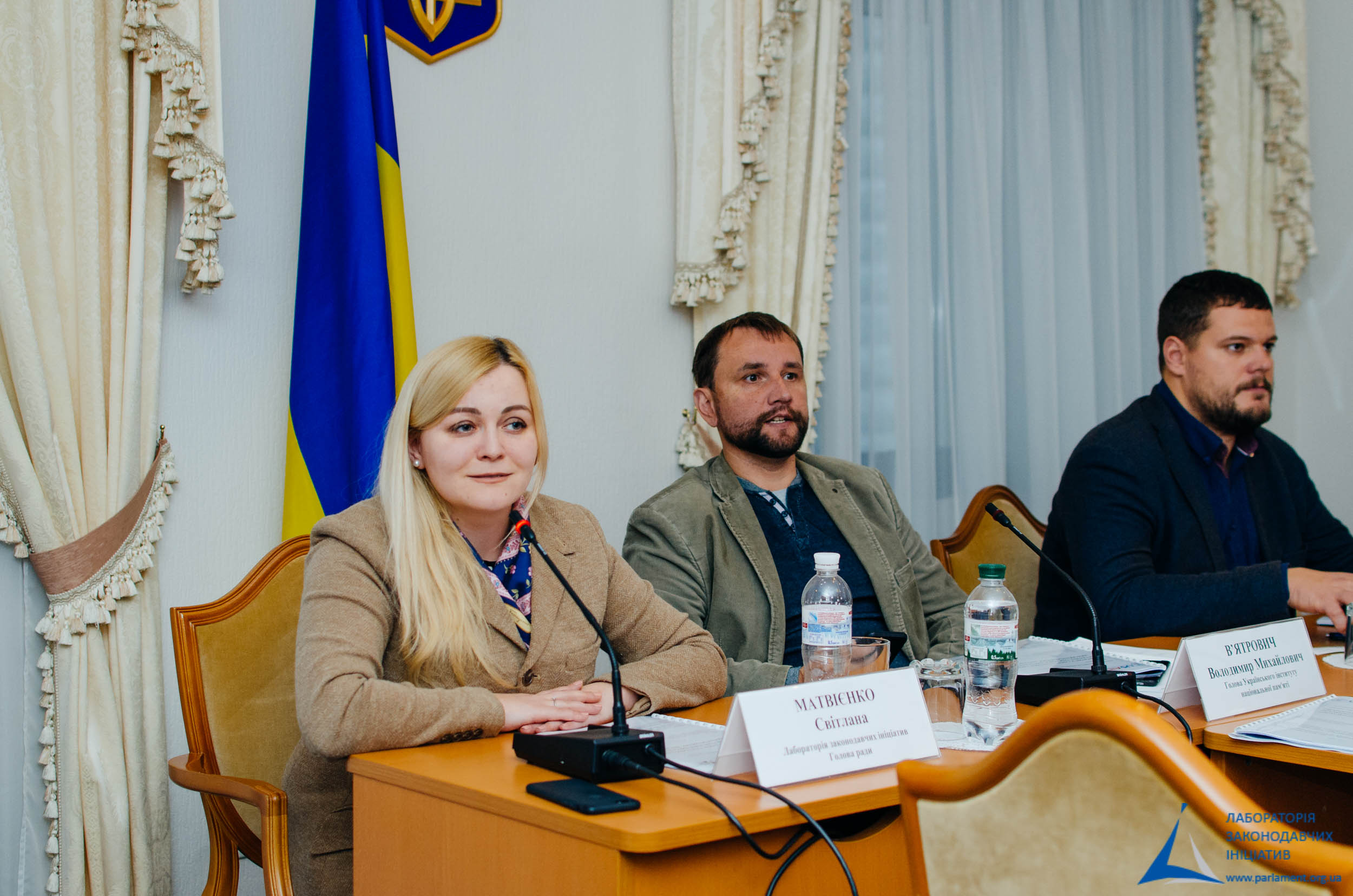 Svitlana Matviienko, Chairwoman of the Board of the Agency for Legislative Initiatives, emphasized that reform in the field of memory policy is one of the key humanitarian reforms that can change the fundamental ideological principles of Ukrainian society. 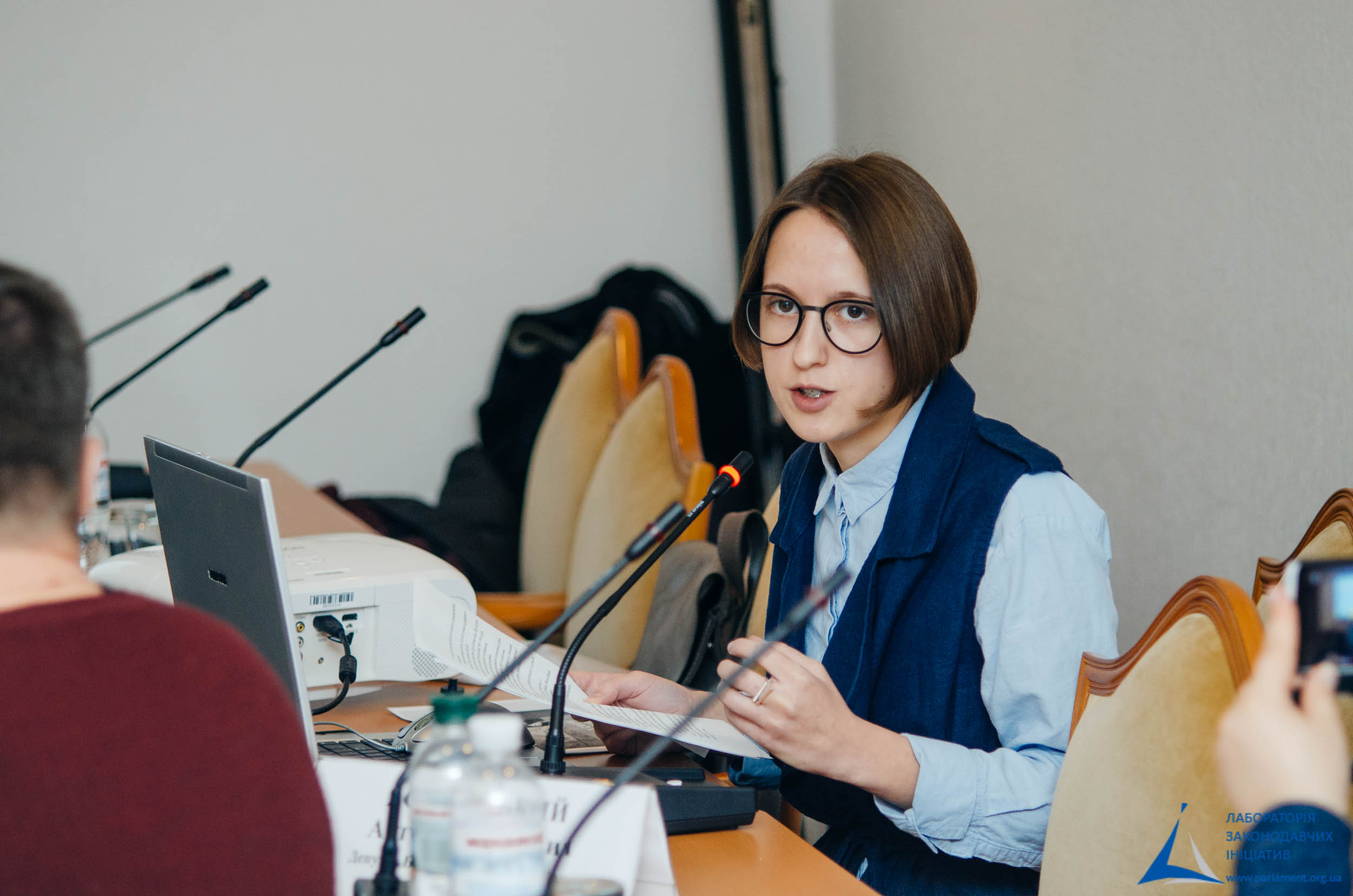 Anna Oliynyk, Analyst of the Center for Research of Liberation Movement, member of the National Remembrance Policy group of the Reanimation Package of Reforms, focused on the steps that need to be taken to make the decommunization reform comprehensive. Thus, in the legislative area, it is necessary to adopt the social part of the amendments to the law on the rehabilitation of victims of political repression; to adopt a law on the principles of national remembrance policy; to adopt a separate law to settle the issue of celebrating official public holidays; to amend the Law of Ukraine “On Protection of Cultural Heritage” in order to reconcile it with the decommunization laws. It is important to complete the work on the Branch State Archive of the Ukrainian Institute of National Memory. Ms. Oliynyk also pointed out the need to complete the establishment of museum institutions such as the Museum of Monumental Propaganda of the USSR and the Maidan Museum. Another critically important element is an outreach campaign to promote and make known new names among the public. 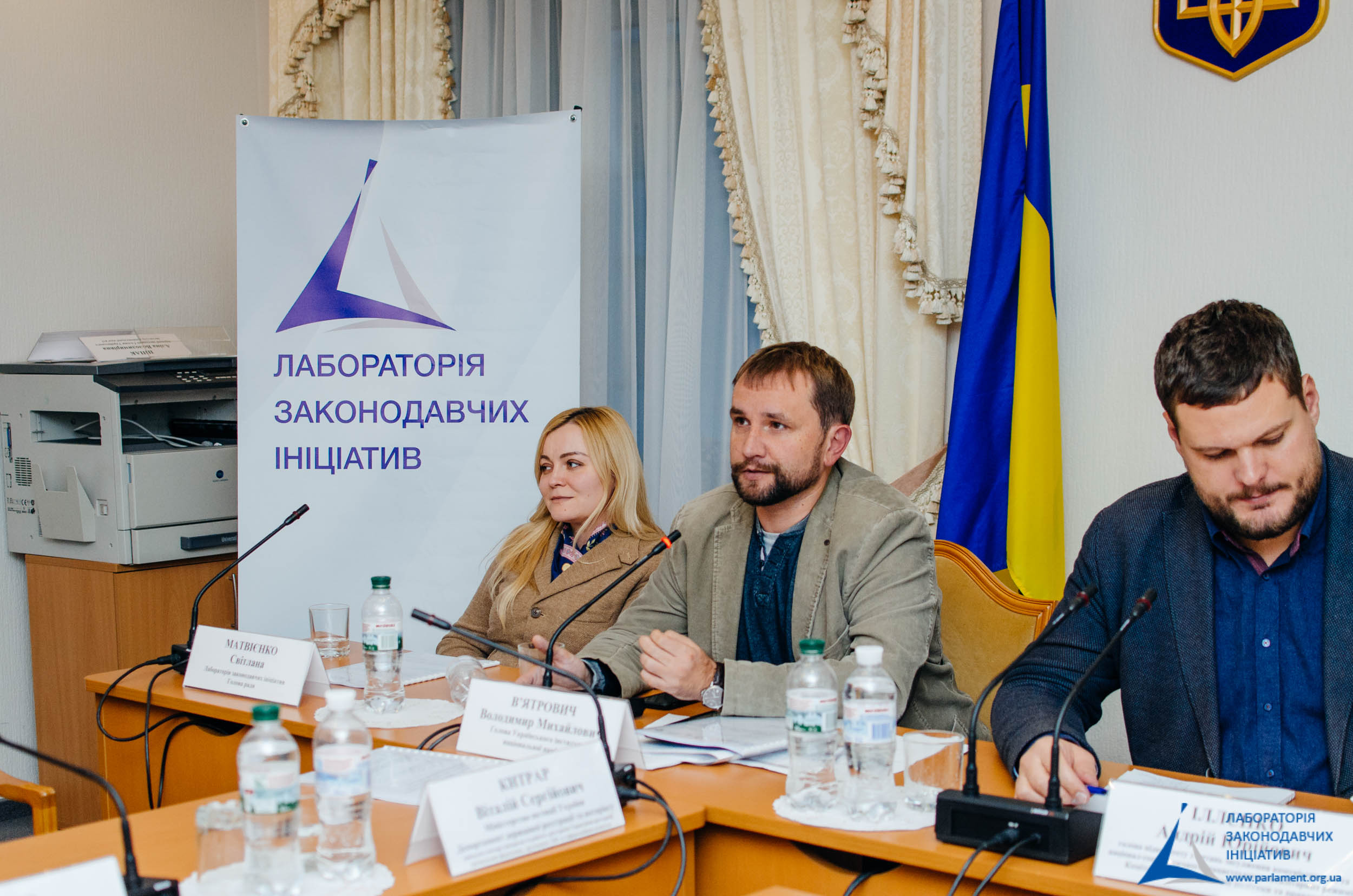