On October 31, 2017, the Museum of the History of Kyiv hosted the conference “Returning the Occupied Territories of Donbas. Ukrainian Plan”.

The conference, organized by the Ukrainian School of Political Studies in co-operation with the Mirror Weekly, was designed as a platform for exchanging views and an open discussion on the socio-political situation in the liberated and occupied territories of Donbas, on the issues of return and reintegration of the territories of Donetsk and Luhansk regions, management of the de-occupied territories, and development of a new economic model of Donbas. 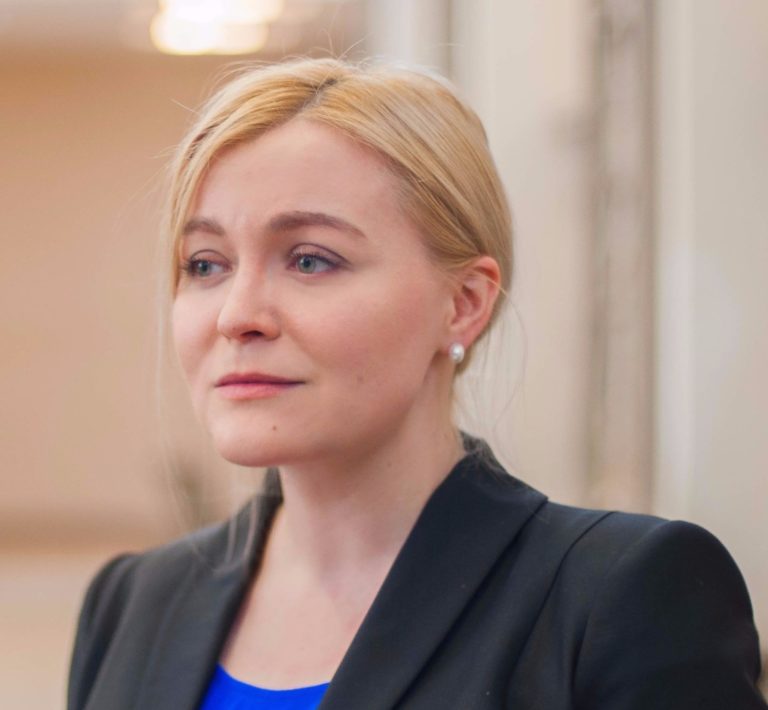 Svitlana MATVIIENKO, Chairwoman of the Board of the Agency for Legislative Initiatives, addressed the guests and participants of the conference with a welcoming speech, pointing out to the fact that only through the large horizontal networks could things change in our country.

“The Agency for Legislative Initiatives, with the support of many international donors, has been building up various networks for 12 years and it seems to us that we have a more clear idea of the atmosphere in the country. Because we can feel the beat of change throughout the country and alteration of approaches to socially important issues due to the network of the Ukrainian School of Political Studies, supported by the Council of Europe for many years, and the network of the School of Community Leaders, launched in co-operation with the International Renaissance Foundation, that has been proving its extraordinary capacity in recent years.”

“It seems to us that speaking about the Donbas problem we must, first and foremost, rely on very deep senses without the slightest flavor of any emotions. Most of all we need an analytical ability to talk about important things.” The conference began with a report by Iryna BEKESHKINA, Director of the Ilko Kucheriv Democratic Initiatives Foundation, senior researcher at the Institute of Sociology of the National Academy of Sciences of Ukraine, on the topic “Socio-Political Public Sentiment in the Liberated and Occupied Territories of Donbas: Expectations and Priorities”. Ms. Bekeshkina focused on the specific features of Donetsk and Luhansk regions and used sociological data to show why the concept of Novorossiya is not viable. In particular, she emphasized that the stereotypes concerning the uniform nature the Southeast are wrong since Donetsk and Luhansk oblasts strikingly differ from the rest of the region. The speaker elaborated on the attitude of Ukrainians to different solutions to the issue of returning the occupied territories of Donetsk and Luhansk regions and highlighted the difficulties of reintegration of these territories, given the entrepreneurial inertia of the region.

Discussion panel 1: Occupied territories of Donbass – return or farewell? The panel focused on issues of reintegration of the occupied territories of Donbas; a possibility of their separation; feasibility of a purely political way of settling of the problem of Donbas de-occupation without resorting to military force; and whether the possible deployment of UN peacekeepers can contribute to such settling. 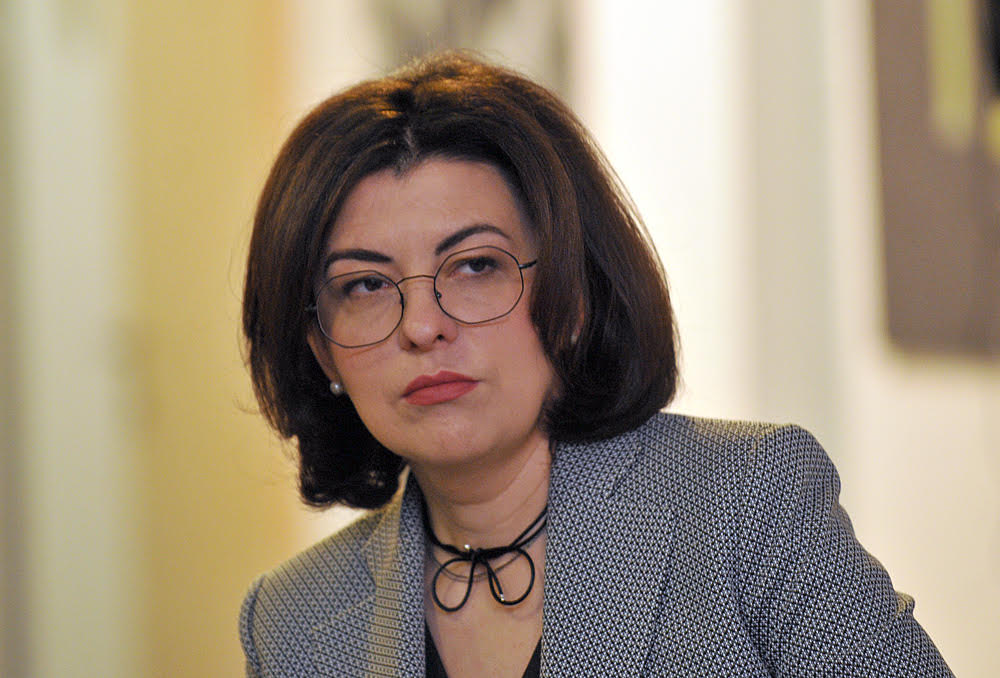 Oksana SYROID, Deputy Chairman of the Verkhovna Rada of Ukraine, observed that to discuss the issue of return of the occupied territories we should have a clear idea of our vision of victory in this context. Ukraine does not seek to defeat Russia through military means, but by returning only the occupied Donetsk and Luhansk regions we will surrender Crimea, and in no way is it a victory. For Ukraine, a way to return its territories is by strengthening our armed forces. It is absolutely unacceptable to return these territories at the expense of a loss of sovereignty. 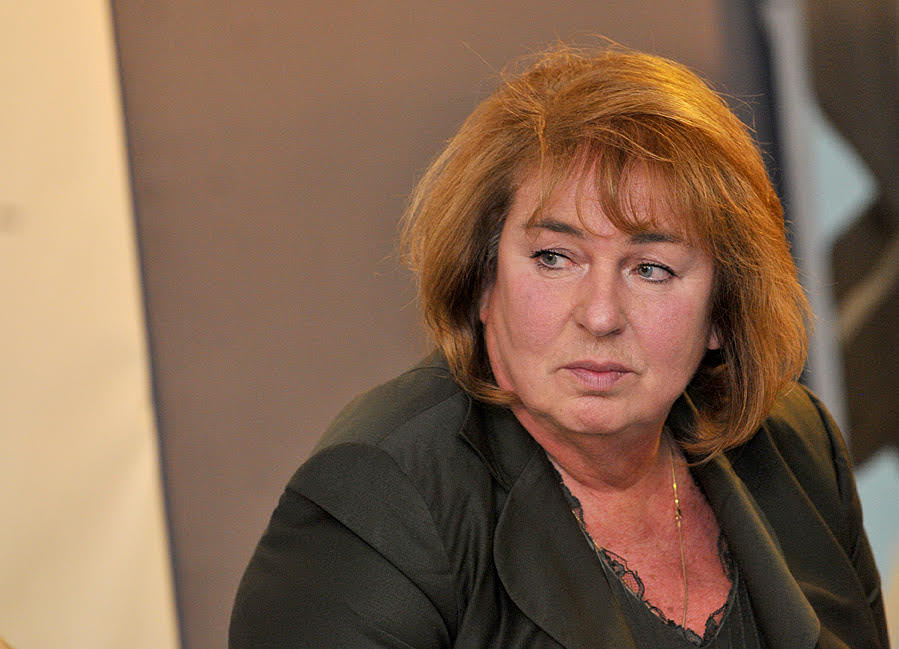 Ella LIBANOVA, Director of the Institute for Demography and Social Studies of the National Academy of Sciences of Ukraine, emphasized that the politician seriously speaking about “cutting off” Crimea and Donbas is suicidal, because this variant is unacceptable even to those who are not against it today. This solution is a compromise that Ukrainian society will never accept. Also, Ms. Libanova elaborated on the cost of returning the territories, noting that Ukraine, already actually living without the ORDLO territories, managed to adjust to the torn ties. Donbas development will require both significant financial infusions and saturation with the new workforce since the most competitive residents of the region were the first to leave it and are not going to come back.

“Today, we do not have a split society, but we have a division of society. The main task of today’s meeting is to awake to the need to prevent transformation of the divided society into a split society.” 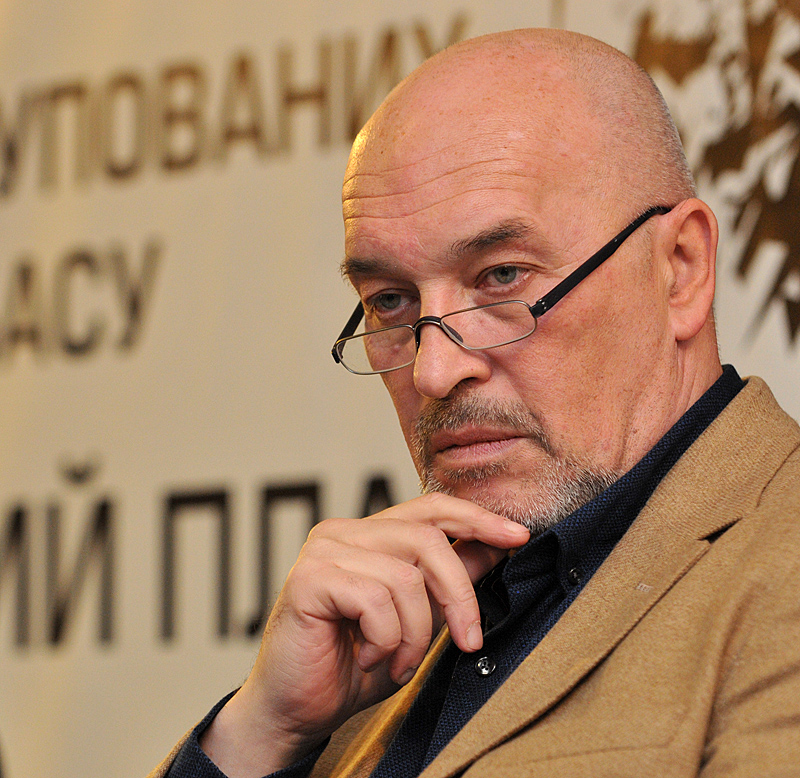 Heorhiy TUKA, Deputy Minister for Temporarily Occupied Territories and Internally Displaced Persons of Ukraine, drew attention to the fact that it is necessary to counter the “separation infection” – i.e. the idea that we should not return the occupied territories of Donbas, which permeated entire Ukrainian society. Instead, we should focus on the opportunities and initiatives that help engage young people from the ORDLO in nationwide events. In addition, Mr. Tuka believes that Ukraine can rely on the European Union’s economic assistance in the development of Donbas. 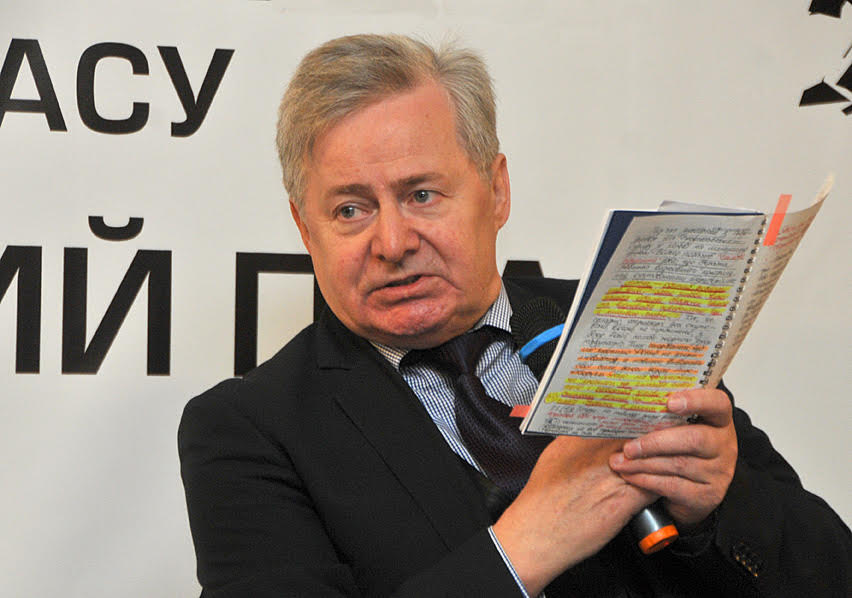 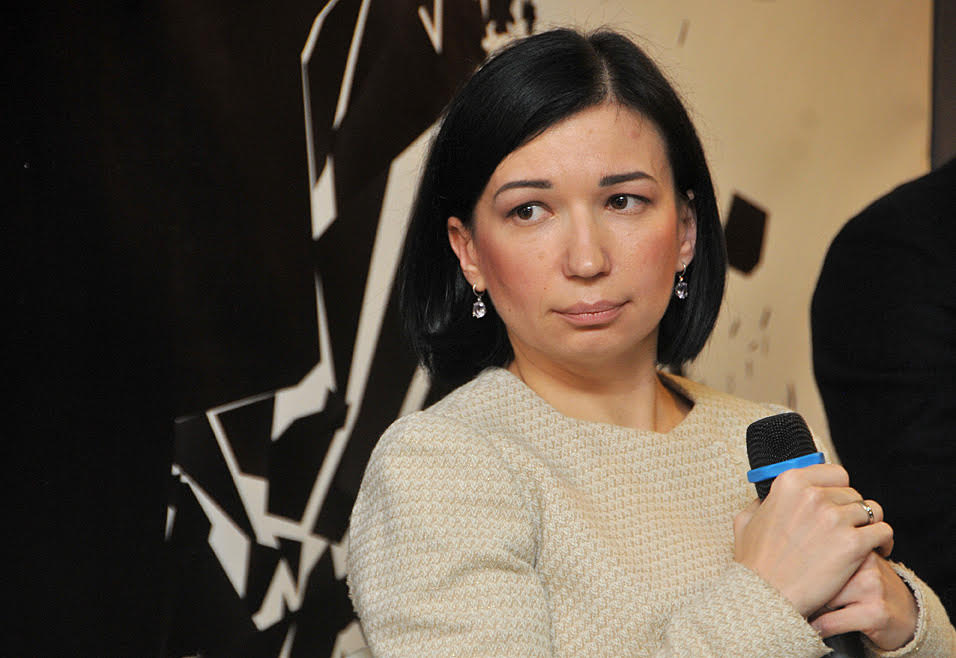 Olga AYVAZOVSKA, Chairwoman of the Board, Coordinator of the election and political programs of the Civic Network OPORA, Representative of Ukraine in the political subgroup of the Trilateral Contact Group on Donbas. Ms. Ayvazovska observed that we should first of all deal with the fundamental question of what we are after: people or territory; what is of value to us: human rights, the Constitution, international standards; is there a political consensus within the country as regards returning of the occupied territories of Donbas and Crimea.

Another important thing is refraining from generalizations since the generalization is an adversary of truth; and when we talk about the people staying in the occupied territories, claiming that they are ignorant, inert and incapable of commerce, we betray them.

Ms. Ayvazovska paid special attention to the need to resort to various platforms and means to solve the problem of de-occupation, otherwise, the process will fall apart. 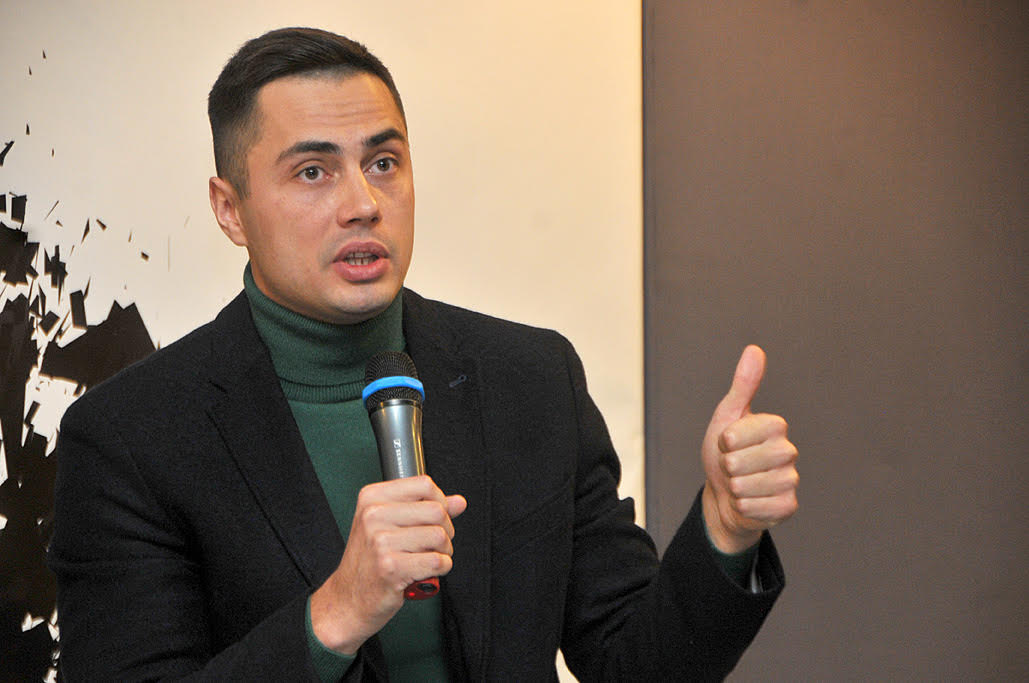 Yegor FIRSOV, Head of the Alternative Initiative, presented a detailed plan for administration of the de-occupied territories during the transition period, emphasizing the need to establish military civilian administrations for the first three years to ensure law and order and help come back to the norm.

The moderator of the first and second panels was Serhiy RAKHMANIN, first deputy editor-in-chief of the Mirror Weekly. Ukraine. Alexander PASKHAVER, Advisor to the President of Ukraine, outlined the economic issues Ukraine is bound to face when rebuilding the de-occupied territories. Mr. Paskhaver suggested creating free economic zones, like the ones at one time established in China with their special laws, preferential terms for investors and restrictions on migration for the population.

“A ‘swampy’ reintegration without Stalin’s methods will simply pull our country down”, said Alexander Paskhaver. Serhiy TARUTA, MP of Ukraine, also supported the idea of creating a free economic zone in Donbas. Mr. Taruta emphasized the need to create a strategy for the development of the de-occupied territories of Donetsk and Luhansk Oblasts. The strategy is key, then a team should be selected based on the strategy, and money should be found for the team. We should not ignore natural resources, because only an idiot will back off from turning them into opportunities. Besides, Mr. Taruta noted that the future of Donbas depended on human resources. 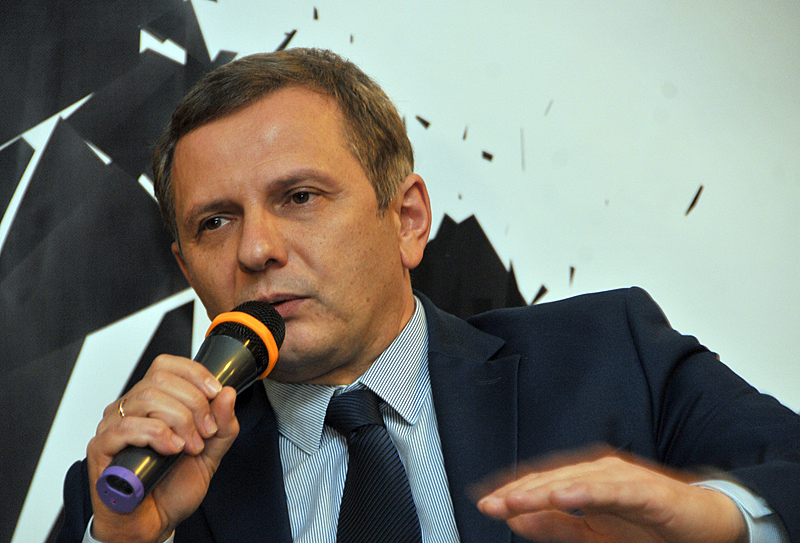 Oleg USTENKO, Executive Director at the Bleyzer Foundation, gave special attention to the impossibility of solving the Donbas problem while maintaining the status quo. He warned against focusing on commodity markets and outdated economic models. The speaker pointed out that the most important issue is the investment attractiveness of the region for investors and introduction of fiscal privileges. One of the ways to attract investors can be increased sensitivity – i.e. resolving conflicts in London and Stockholm arbitration. 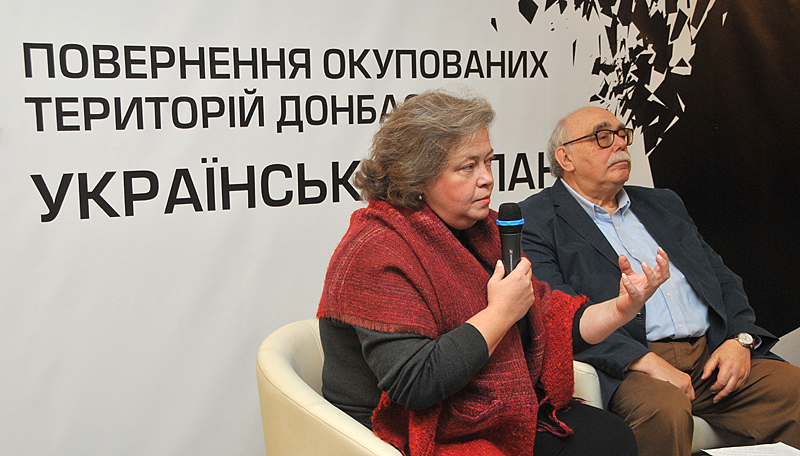 The moderator of this panel was Yuliia MOSTOVA, editor-in-chief of the Mirror Weekly. Ukraine, who summed up the discussion and observed that we need a plan to construct the future:

“We must understand what we want from ourselves, from our country, including from its occupied part. We have to watch our step to avoid falling, but just as important is to look forward in order to get off the ground. Because, marking time and hiding stones in our pockets, we will simply vanish. I don’t mean just one or two regions, the country will disappear, we will not become what we could be.”