Analysis of laws registered and adopted during the 4th and 5th sessions shows that during this period 1,506 draft laws were registered, of which the total of 187 (12%) were passed. The Parliament remains hostage of the “legislative tsunami” of parliamentary initiatives. The President continues being the most effective subject of legislative initiative (29 of the 30 registered initiatives adopted). While the governmental efficiency is 25% (63 of 252 registered drafts approved). At the same time, 50% of all approved draft laws are those of MPs.

Moreover, the ease with which MPs of Ukraine can enter draft laws, regular violations of parliamentary procedures, lack of an established practice of long-term planning or streamlined communication among actors of the legislative branch condition the general chaotic nature of policymaking. Initiating completely different – often inconsistent among themselves or with the government’s program – legislative initiatives a priori cannot ensure stable and gradual development of Ukraine in any certain direction.

Thus, development of an effective system for policy formulation, coordination, approval, evaluation, and revision remains an extremely important challenge both for political leadership, and for the Ukrainian society in general.

The proposed document contains an analysis of current practices, a review of international experience, and proposals for the legislative process reform concept “From End to End” with an emphasis on strengthening coordination among subjects of legislative initiative. This is what is discussed in the first recommendation of the Roadmap on the Internal Reform and Enhancement of Institutional Capacity of the Verkhovna Rada of Ukraine, prepared by the European Parliament need assessment mission chaired by Pat Cox. 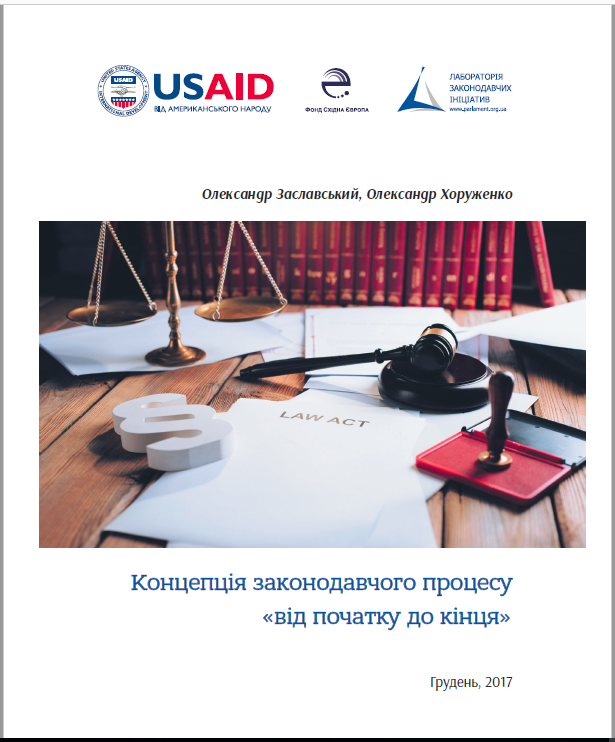