On March 6 the IDF Reforms Lab hosted a facilitation training for participants of city meetings in the format of Town Hall Meetings.

The training was organized by the Agency for Legislative Initiatives in cooperation with the League of Interns within the framework of the  USAID RADA Program: Responsible Accountable Democratic Assembly, implemented by East Europe Foundation. 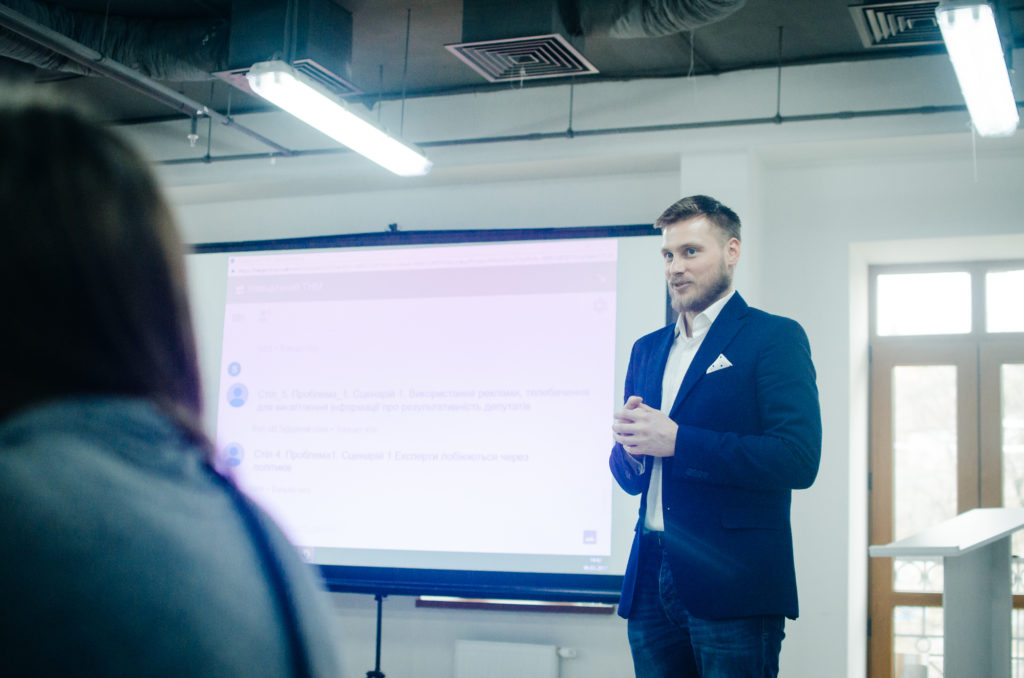 Oleksandr Zaslavskyi, Deputy Chairman of the Board, Agency for Legislative Initiatives, presented the mechanism and experience of holding city meetings, and also stated the purpose of the training:

The USAID RADA Program aims to make the activities of the parliament and deputies more transparent, predictable, responsible, as well as to establish communication between deputies and voters. Town Hall Meetings, in particular, is one of the innovative tools aimed at achieving this goal. This year, we decided to engage in the training facilitation experts as coaches in order to train future facilitators to properly negotiate with the participants of the discussion. Traines will also teach how to improve the interaction between facilitator and note-taker, which is necessary for receiving informative notes during the discussion. Thease notes can be analyzed after the event and based on these data to work out a solution.

The participants of the training gained the skills of professional facilitation of the discussion and together with the trainers-facilitators of the NGO “Institute for Peace and Common Ground” worked out an algorithm for working with scenarios and a sense return exercise, a powerful tool for conducting constructive dialogue.

The practical part of the training was aimed at mastering and applying the acquired knowledge in practice. During the simulated city meeting each participant had the opportunity to try him- / herself as a facilitator and a note-taker, as well as to participate as an ordinary citizen to discuss the problem of “Parliamentary reform: finding ways to reduce legislative spam and prevent non-personal voting. The scenarios for the probem discussion were deeloped by Oleksandr Zaslavskyi and Volodymyr Khryzhanivskyi, Senior Advisor at USAID RADA Program, Member of the Parliament of Ukraine (I convocation). 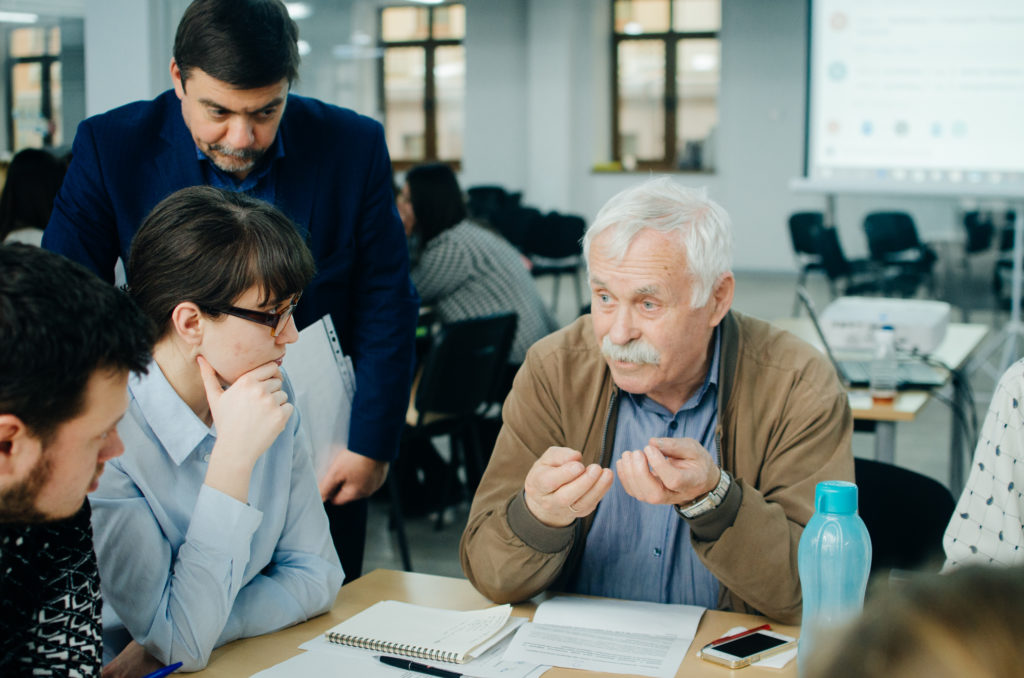 60 participants took part in the training and will partiiapte in Town Hall Meetings scheduled for 2017. Volodymyr Khryzhanivskyi noted that mastering of the facilitation method of work in groups can be considered successful:

The atmosphere of work was lively, all the participants were engaged as much as possible in the discussion. The methodology forcees the active work of all participants, who must keep track of the entire course of events during each scenario discussion. It is great that a day before the participants got general information about the issues to be considered. This approach allowed almost immediately to work in groups, without spending much time examining the problem.

Media Gallery of the event