The first three draft laws appeared for discussion on the Public Bills Discussion Portal, launched in November, 2016, with the support of  USAID RADA Program: Responsible, Accountable, Democratic Assembly, implemented by the East Europe Foundation, at the initiative of Computer Systems Office of the Verkhovna Rada of Ukraine Secretariat, namely Draft Law 2295a On Public Hearings and Draft Laws 5144 and 5144-1 On Lobbyism.

We urge all interested parties to contribute to the discussion of the draft laws en bloc or their individual provisions! 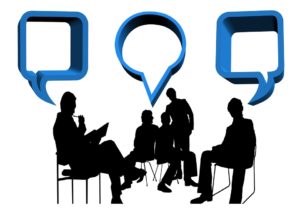 The Public Bills Discussion Portal allows citizens to get acquainted with the bills that are to be submitted to the Verkhovna Rada of Ukraine and are under consideration by parliamentary committees, as well as participate in their discussion.

The Public Bills Discussion Portal was developed in response to the recommendations of the European Parliament concerning internal reforms of the Verkhovna Rada of Ukraine in order to improve its institutional capacity and encourage wider public involvement in the legislative process.