On November, 25-26, the Art Arsenal hosted the opening of the XI Annual Ukrainian School of Political Studies. The opening was attended by about 250 distinguished guests, alumni of different years, partners and friends of the School. During the opening ceremony, the participants were addressed by Ihor Kohut, founder and Honorary Director of the USPS, Svitlana Matviienko, Chairwoman of the Board of the NGO Agency for Legislative Initiatives, Morten Enberg, Head of the Council of Europe Office in Ukraine, Regis Brillat, Representative of the Secretary General in Ukraine, Shigeki Sumi, Ambassador of Japan to Ukraine, Yevhen Bystrytskyi, PhD, Executive Director of the International Renaissance Foundation, Oleksandr Chalyi, PhD, President of Grant Thornton, Ambassador Extraordinary and Plenipotentiary, member of the Supervisory Board of the USPS. 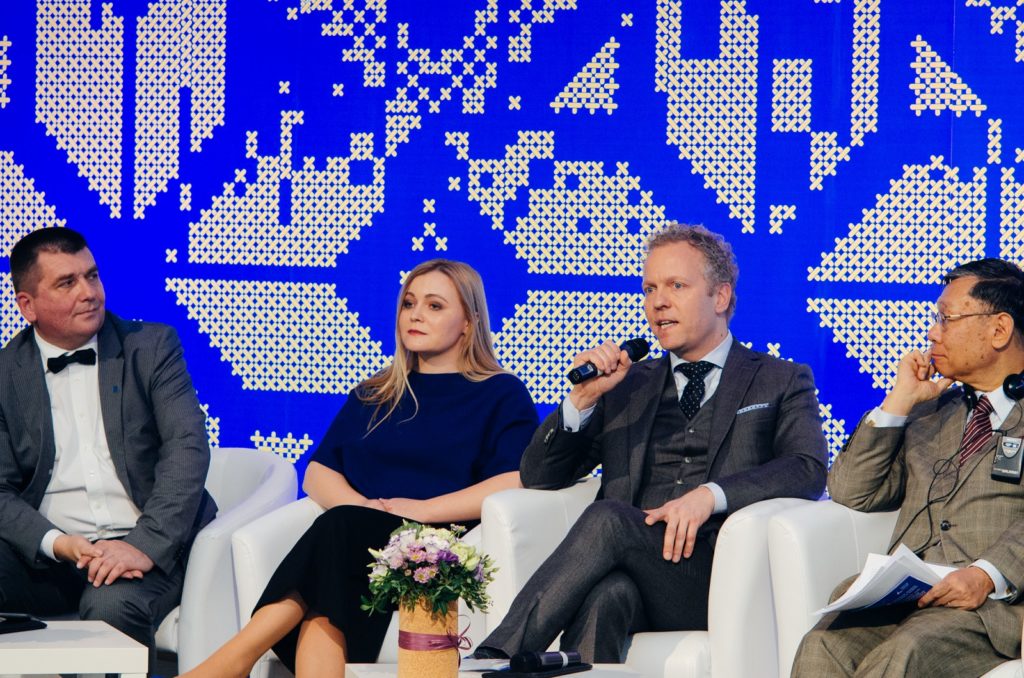 The first day panel session was devoted to global issues – Ukraine’s place on the map of the new Europe, scenarios awaiting the EU after Brexit, and our prospects in the EU. Along with the guests, the following honorable speakers took part in the discussion: 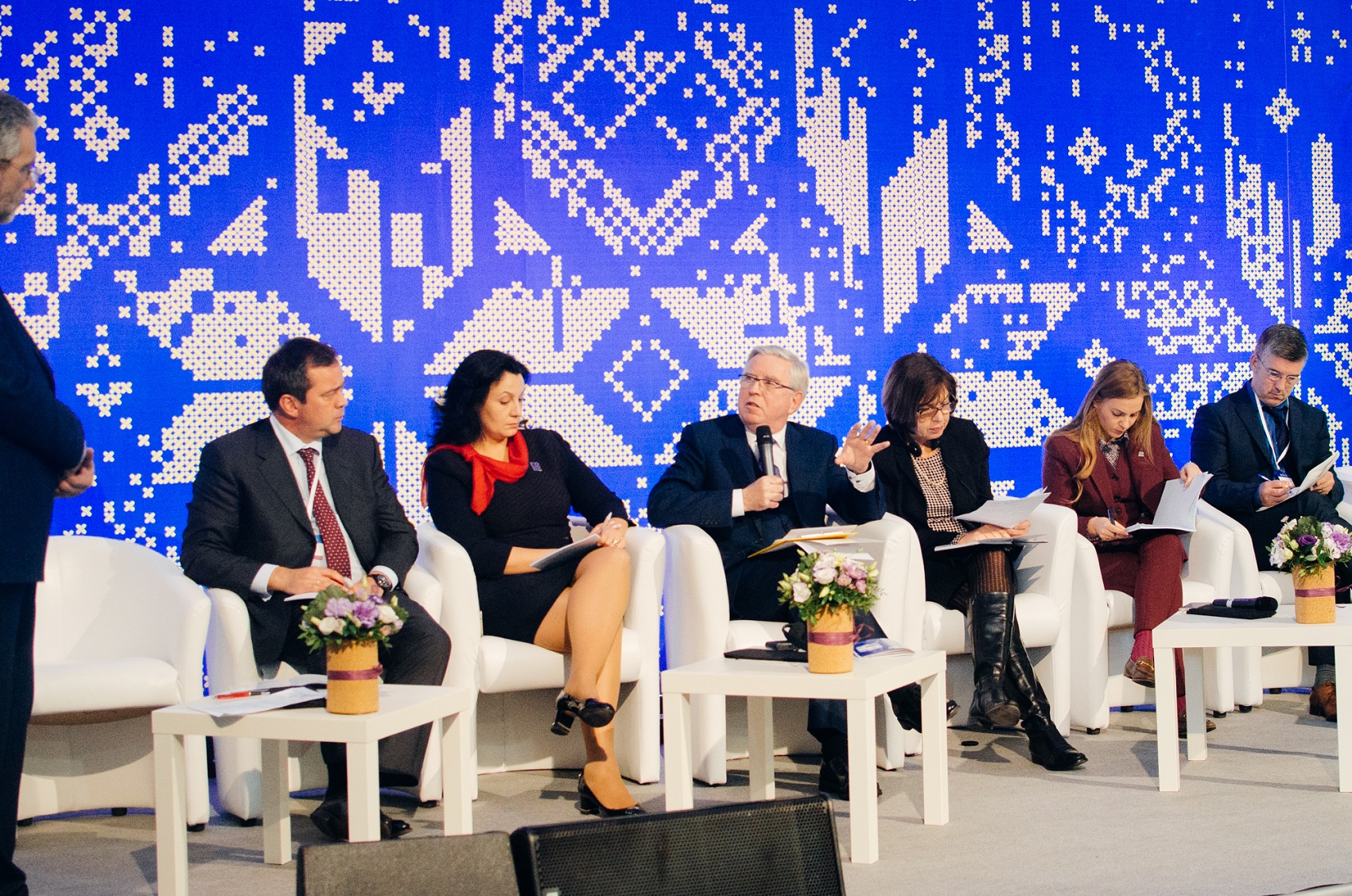 The panel was summarized and commented by Olena Sotnyk, MP of Ukraine, member of the Permanent Delegation to the Parliamentary Assembly of the Council of Europe, USPS alumnus, and Sergey Kuznetsov, PhD, Head of the Regional Cooperation Program of the Venice Commission of the Council of Europe. The Chairman of Hromadske Radio Andriy Kulykov moderated this panel. Answering the panel question concerning the future of the European Union, most of the attendees supported the scenario whereby after Brexit the EU would have to be reformatted in a new political format. On November 26, the second day of the conference began with a discussion around key issues related to the emergence of a democratic Ukraine: what are pragmatic results after the romantic expectations of independence? What is Ukraine’s contribution to the “architecture” of Europe? What is Ukrainian democracy in the post-oligarchic era? The following speakers voiced their ideas on these topics: 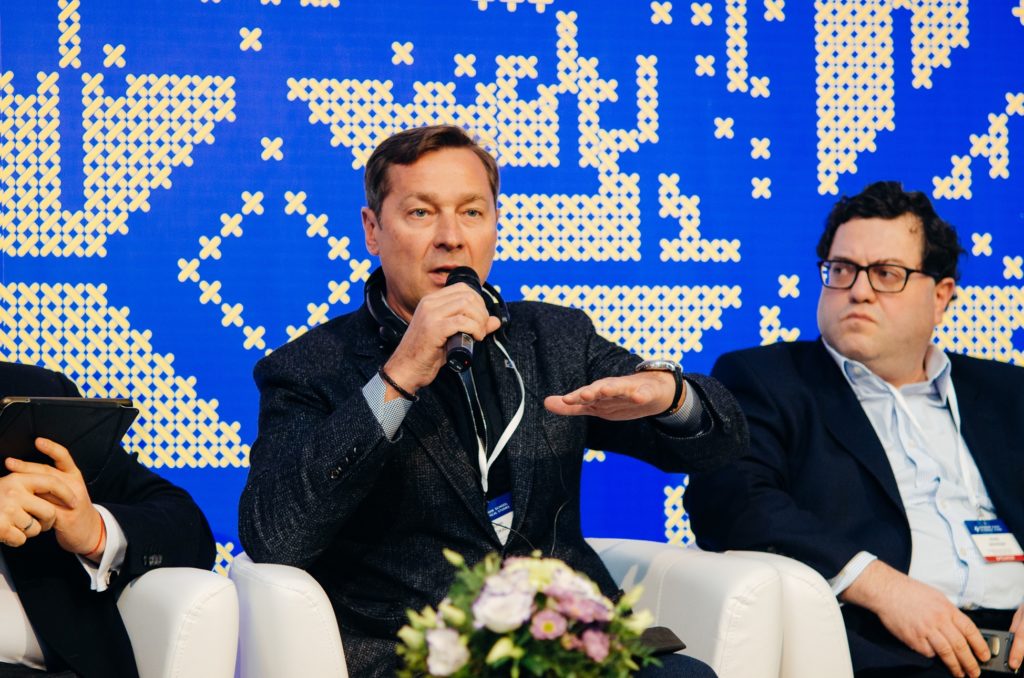 The second panel of the conference shifted the emphasis from politics to economy focusing on the question “How to make reforms real?”. Speakers and participants generated a heated debate trying to understand how to overcome the post-Soviet economy syndrome and “reload” the Ukrainian economy. They assumed that local development might become such a driving force. In the survey most of the participants, who voted through the special mobile application of the USPS, favored an increase in funding for education and science since the 21st century economy cannot rely on one industry. The following speakers took part in the heated discussion:

The panel was moderated by Ivan Khilobok, Advisor to the Presidential Administration of Ukraine and the Cabinet of Ministers of Ukraine on the reform of public administration, USPS alumnus. It was commented by Serhiy Vlasenko, MP of Ukraine, Chairman of the Committee of the Verkhovna Rada of Ukraine on State Construction, Regional Policy and Local Self-Government, and Anatoliy Amelin, DBA, Director of Economic Programs of the Ukrainian Institute for the Future, USPS alumnus. This year, Artūras Zuokas joined the Supervisory Board of the USPS. 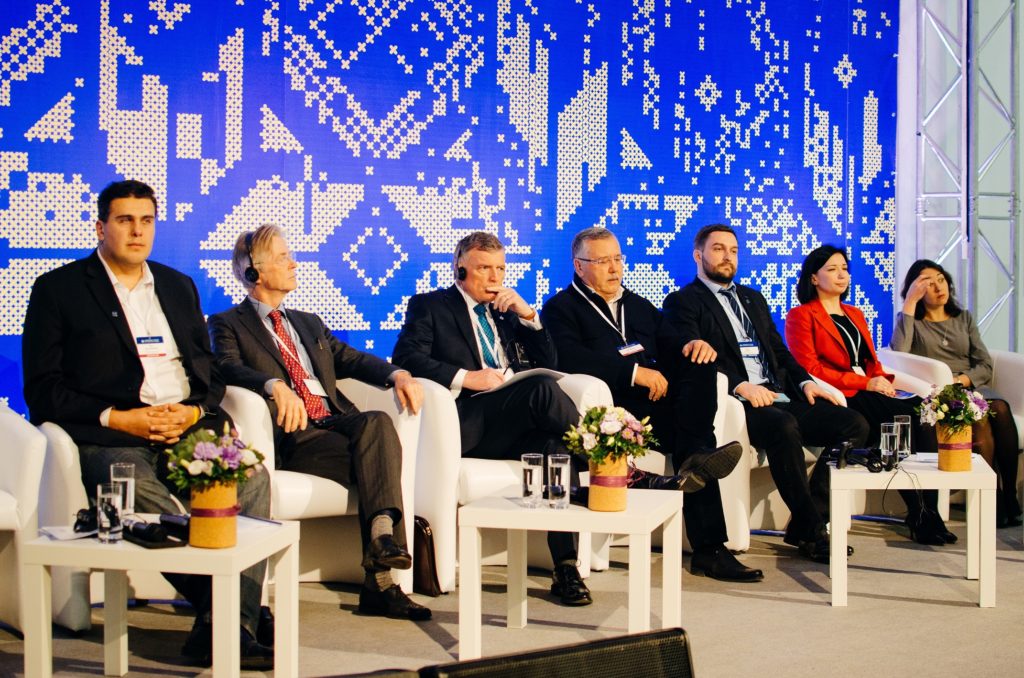 Yegor Aushev, Ph.D., founder and Head of the Information Security Group, USPS alumnus, made a presentation on cyber weapons and targeted persistent threats. The same subject was elaborated on in the presentation of Nick Bilogorskyi, Senior Director of Threat Operations and co-founder at Cyphort, founder and co-chairman of the NGO Nova Ukraine (USA), former malware researcher and Facebook’s security team representative.

The panel was commented by Olga Aivazovska, Chairwoman and Coordinator of Electoral and Political Programs at OPORA Civil Network, representative of Ukraine in political subgroup of the Trilateral Contact Group on Donbas, USPS alumnus, and Tetyana Durneva, Executive Director of the Public Holding Group of Influence (Donetsk regional organization Committee of Voters of Ukraine), expert of the Institute for Socio-Economic Research on Internally Displaced Persons, USPS alumnus. 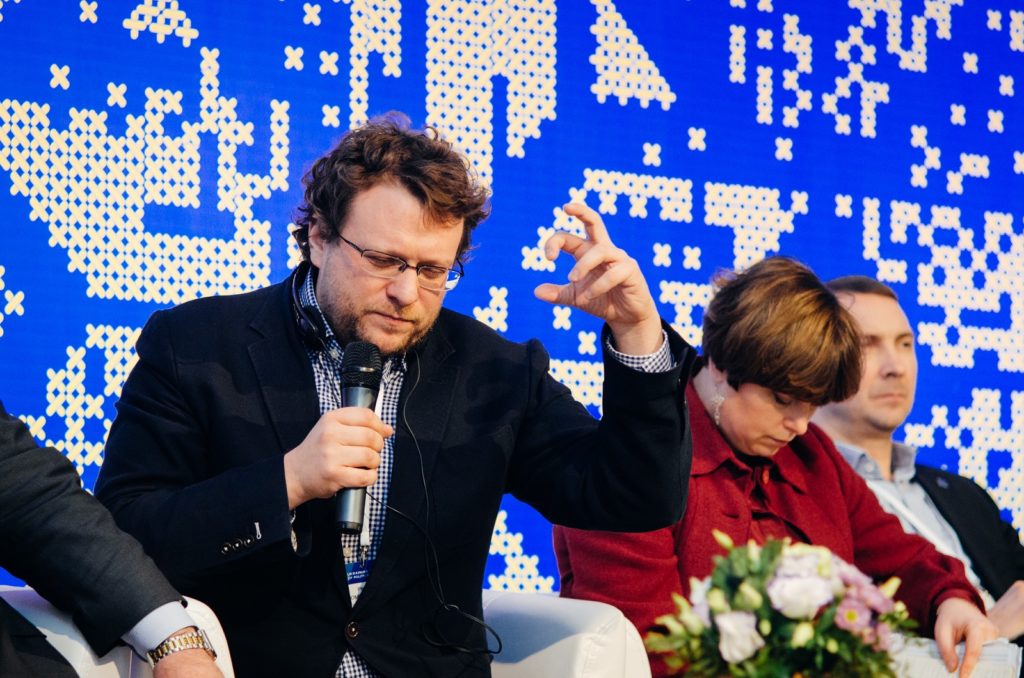 The final panel discussion of the conference honored the memory of the Noble Prize-winning President Shimon Peres. The previous discussions continued urging the audience to reflect on ways to restore confidence in the Ukrainian society as a way to restoring peace.

Peter Pomerantsev, British author and journalist, spoke about mutual understanding in the fragmented post-truth world, information war, and Russian propaganda. Refat Chubarov, MP of Ukraine, Chairman of Mejlis, outlined his vision for the reintegration of Crimea. Krzysztof Stanowski, President of the Solidarity Foundation (Poland), shared the experience of reconciliation of the post-communist Poland. The panel was moderated by Tetyana Ogarkova, PhD (Paris-Est), Head of the International Department of the Ukraine Crisis Media Center, reporter at Hromadske, lecturer at NaUKMA. 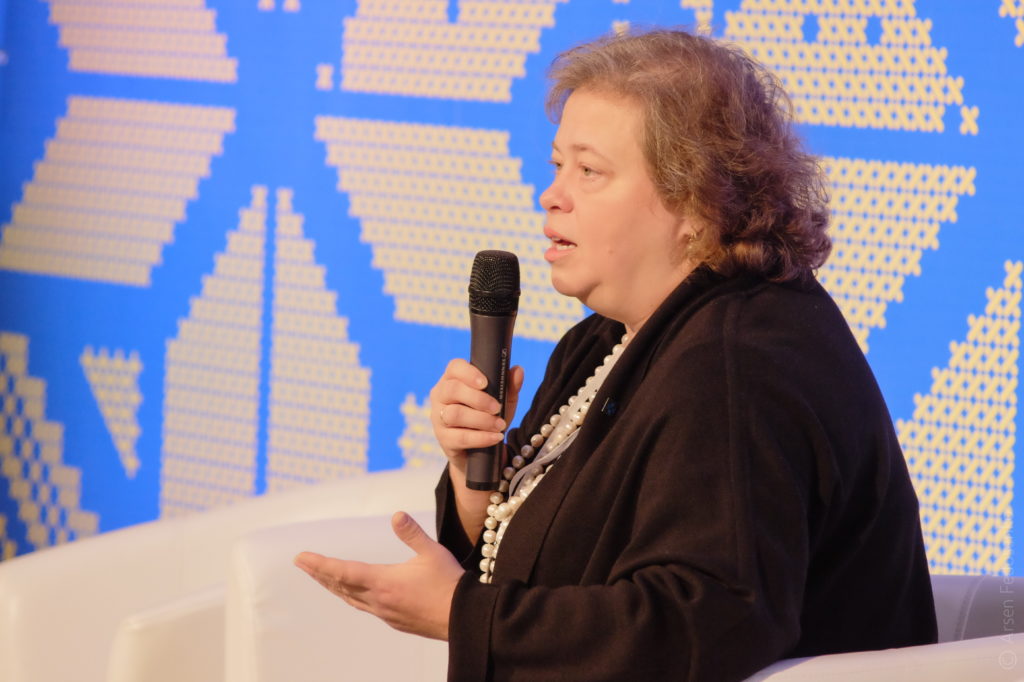 Prior to the official presentation of certificates to the alumni of this year, Yulia Mostova, Editor-in-Chief of the information and analytical weekly Dzerkalo Tuzhnia (Mirror Weekly), addressed the audience with a special speech. Ms. Mostova also joined the Supervisory Board of the Ukrainian School of Political Studies.

Photos from the conference: Oleksandr Kovalenko and Arsen Fedosenko

This year the Conference was made possible thanks to: