On November 22, 2016, the Verkhovna Rada Committee on Legal Policy and Justice held a roundtable discussion on “Reforming Parliamentary Procedures: Constitutional and Legal Analysis”.

The event was held jointly by parliamentary Committees on Legal Policy and Justice and on Rules of the Parliamentary Procedure and Support to Work of the Verkhovna Rada of Ukraine in cooperation with the Agency for Legislative Initiatives and USAID RADA Program: Responsible Accountable Democratic Assembly, implemented by the East Europe Foundation.

The roundtable was attended by MPs of Ukraine, representatives of state authorities, NGOs and associations, academics, and experts. 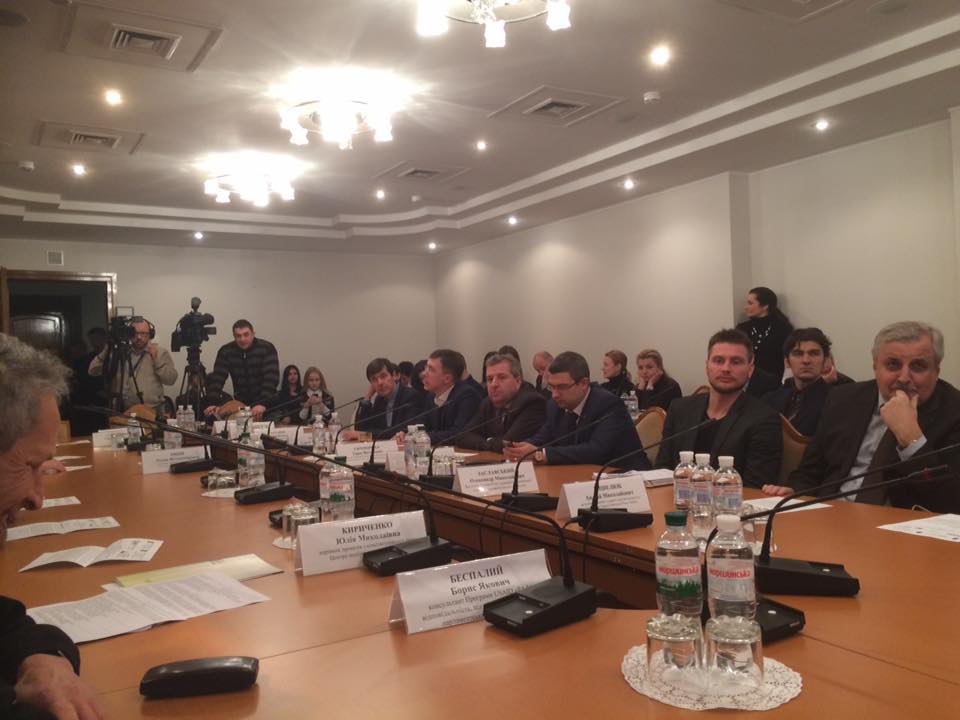 The roundtable discussion focused on the necessity of reforming the Ukrainian Parliament, present-day challenges, and possible ways of improving the work of the Verkhovna Rada of Ukraine.

The event was coordinated by V.P. Yanitskyi, Deputy Chairman of the Verkhovna Rada of Ukraine on Legal Policy and Justice. The People’s Deputy drew attention to the fact that the effectiveness of the legislative function of the Verkhovna Rada in Ukraine tended to be evaluated solely by quantitative indicators.

“At the moment, the prevailing approach is based on the idea that the more laws are adopted and the sooner amendments are introduced (which is not properly enforced), the more effectively Parliament operates. People are trying to solve the problem of the lack of governmental control over the implementation of laws, as well as a failure to apply sanctions for violations, by reviewing adopted legislative acts, creating new supervisory bodies, and increasing punishment for offenses. However, many of these problems can only be resolved by proper enforcement of existing laws.” 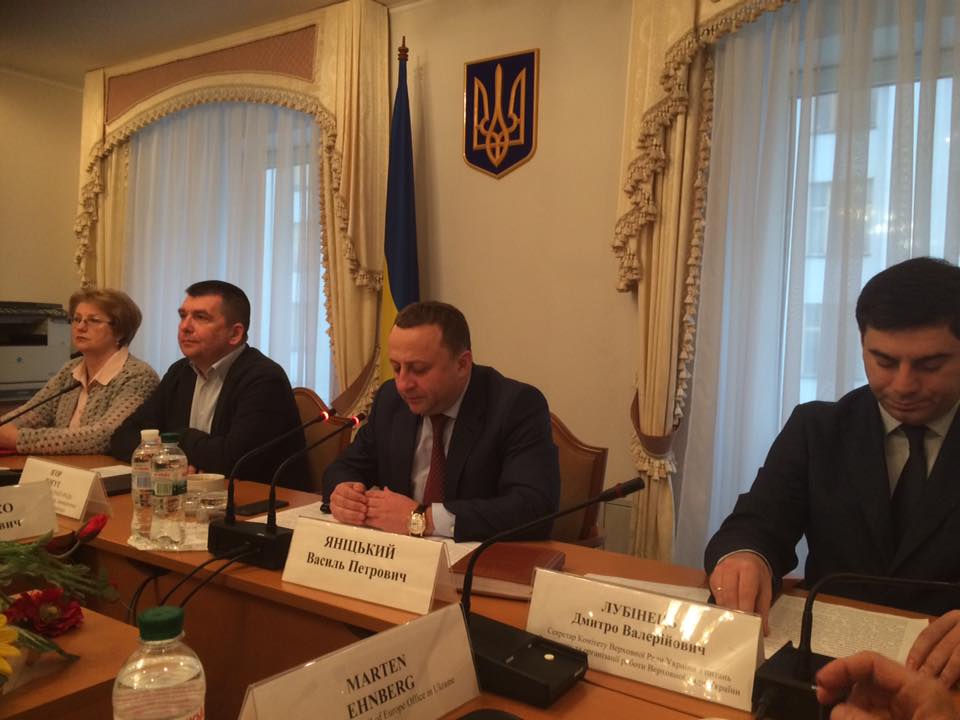 Ihor Kohut, Director of USAID RADA Program: Responsible Accountable Democratic Assembly, pointed out to the significance of the event which brought together the two Parliamentary Committees to advance the parliamentary reform. He drew attention to donors’ assistance in strengthening the Committees’ capacity, through the use of electronic tools for public involvement in particular.

The following main problems of the legislative process in Ukraine were singled out:
• poor predictability,
• MPs’ abuse of the right of legislative initiative combined with their insufficiently active role in the legislative process,
• increase in the functional load on the Verkhovna Rada’s Secretariat due to the increase in the number of bills being put to the vote,
• “necessity” of prompt adoption of bills, which results in their low quality,
• adoption of instruction-like laws,
• disregard of the provisions of the Constitution when adopting laws, and
• continuous violations of the Rules of Procedure (ad hoc solutions, or even neglect thereof).

“At the same time, we have repeatedly drawn attention to the fact that the Rules of Procedure of the Verkhovna Rada of Ukraine is a constitutional law which serves as the source of the parliamentary law of Ukraine and specifies relevant procedures to regulate the work of the Verkhovna Rada of Ukraine, its bodies and officials, as well as the practices of fulfilling its functions and different parliamentary procedures. Therefore, the Committee on Rules believes that the reform of parliamentary procedures should begin with bringing the provisions of the Rules in compliance with the relevant provisions of the Constitution of Ukraine. At the same time, although it is necessary to introduce certain measures specified in the above recommendations, some of them can be implemented only by amending the Constitution of Ukraine”.

According to the information contained in the report and the Roadmap on Internal Reform of Parliament, from October 2014 to October 2015 MPs registered two thousand draft laws, of which 626 were discussed but only 140 passed. The coefficient of efficiency is only 7%. We can compare this to 45 draft laws submitted by the President with the efficiency coefficient to be 84% and 215 legislative initiatives of the Cabinet of Ministers with the coefficient to be 40%. 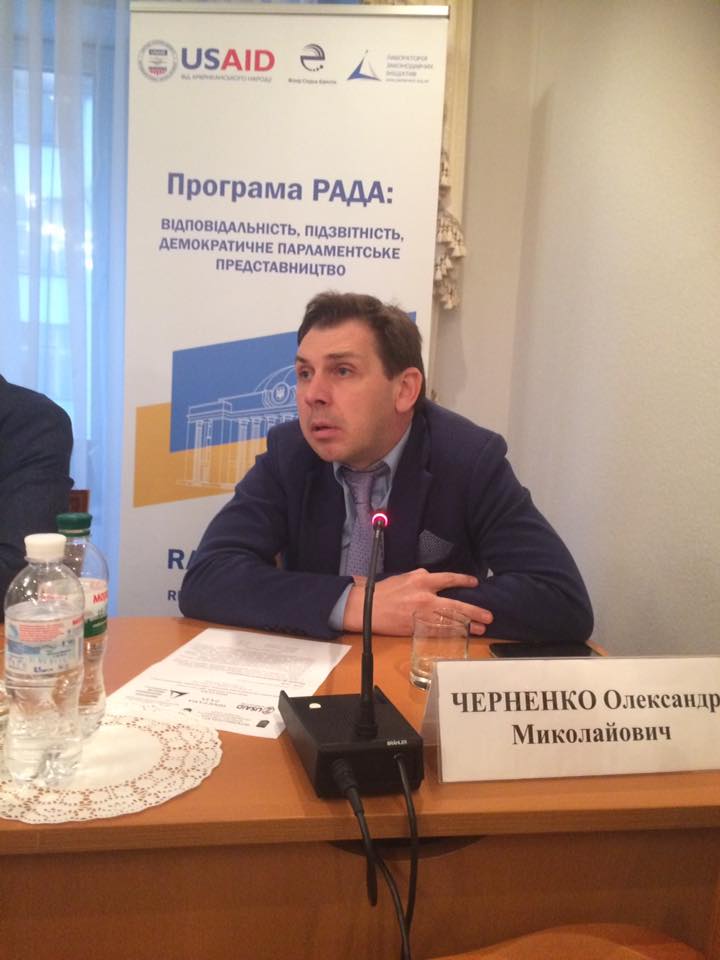 “Each of the items discussed has merit, but one needs to proceed from the realities of the VRU of this convocation. Bizarre bills have unfortunately become rather common nowadays. I’m not sure that the tie-in of the number of signatures to the size of the smallest faction (now 19 deputies) will be acceptable for subsequent convocations. Maybe there will be 40-50 deputies in the factions, and it will be extremely difficult to collect signatures. Probably, it is a good idea to take a certain constant value, which will not be discriminatory. In addition, I would not rush to impose the 20 bills limit per session – there will be laws from the President and the Government anyway. This rate is suitable for more stable societies.”

During the roundtable, representatives of state authorities, experts, and academics discussed the quality of bills registered by the Verkhovna Rada of Ukraine and expressed their vision of how to improve the legislative process in Ukraine. The roundtable also raised the question of expert opinions on draft laws, as well as the advantages and disadvantages of conducting examination of bills.

What is happening with public administration reform?