On November 16, the Agency for Legislative Initiatives held a Training on Interparty Dialogue Skills for MPs of Ukraine in cooperation with the USAID RADA Program, the Netherlands Institute for Multiparty Democracy, and the OSCE ODIHR in the office of the USAID RADA program.

During the two-hour presentation and interactive discussion on the interparty dialogue, the participants examined the significant differences between the notions of unanimity, compromise and consensus, as well as things that might go wrong in political negotiations in the case of wrong style and goals. 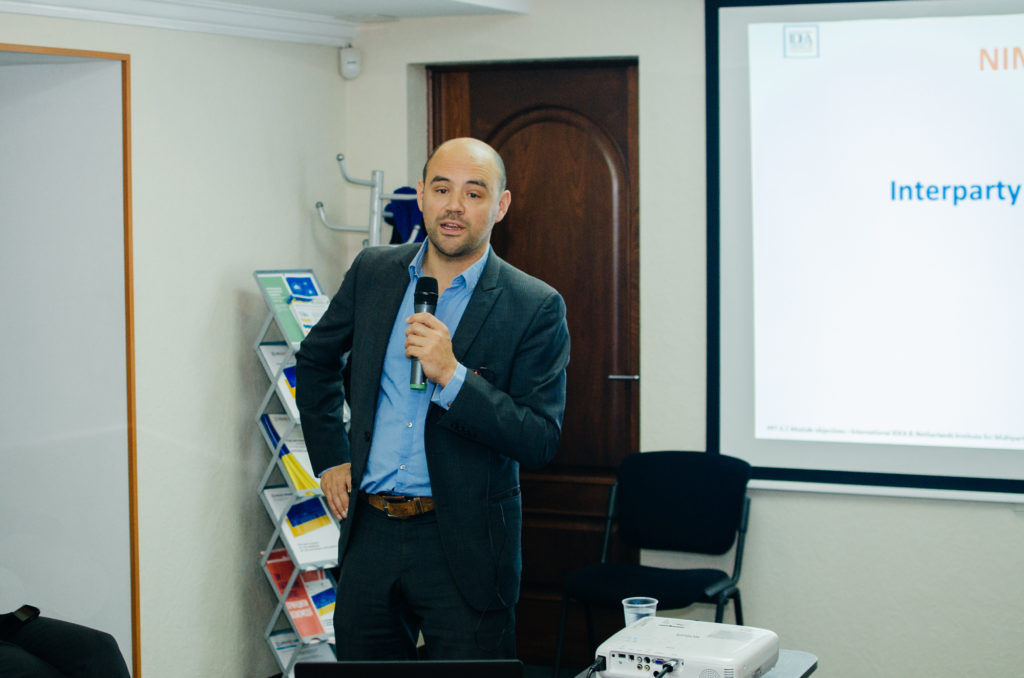 The trainer of the Netherlands Institute for Multiparty Democracy Jerome Scheltens explained the difference between negotiation, mediation, and dialogue and why the latter can ensure sustainable win-win results.

Concerning the organization of intraparty and interparty processes, confidentiality is good when transparency is ineffective. The real art is to find areas of possible agreement and reduce the risks of agreement breakdown after the formal “handshake”. 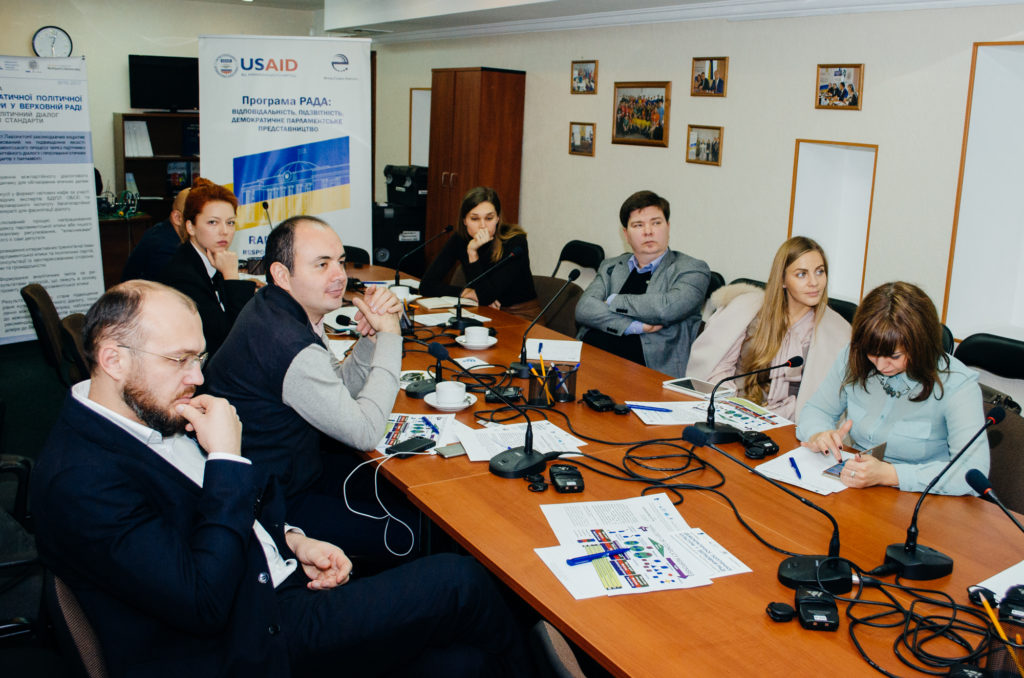 The MPs bombarded the trainer with pointed questions, and to answer them, Mr. Scheltens had to use the entire arsenal of international experience.

The activity takes place in the framework of the project of the Agency for Legislative Initiatives “Support for Democratic Political Culture in Parliament through Political Dialogue and Ethical Standards” implemented with the support of MATRA Program (Netherlands Embassy) and in partnership with the OSCE ODIHR Project “Strengthening Dialogue Among Civil Society and With Key Government Stakeholders in Ukraine on Human Dimension Issues”, the Netherlands Institute for Multiparty Democracy and USAID RADA Program: Responsible Accountable Democratic Assembly.

The project implies creating a dialogue platform for discussion of ethical dilemmas, which will provide for an inclusive process of the elaboration of a Code of Conduct for the Parliament or another mechanism to regulate parliamentary ethics, the approximation to international standards in accordance with the recommendations of the mission of the European Parliament, and the restoration of confidence in the Verkhovna Rada.