On October 27, 2016, Poltava hosted the Colloquium Presentation of Teaching Materials on Social Studies.

The event included the presentation of methodological guidelines for secondary school teachers of senior forms concerning the introduction of civic education in school curricula and testing of the role-playing game “AGORA: Democratic Procedure of Law Adoption in the Parliament of Ukraine”, which simulates the legislative process in Ukraine. The opening speech was delivered by Olena Kharchenko, Director of the Department of Education and Science of the Poltava Oblast State Administration. Ms. Kharchenko observed that it was extremely important to update the curriculum that provide students with knowledge about the place of the citizen in society, the role of citizens in state governance, and the fundamental rights and duties of a person and of a citizen. She said the following:

We, educators, cannot fail to notice to what extent today’s curricula are out of touch with reality, and teachers’ efforts are inefficient when it comes to the civic consciousness of students. Therefore, we are pleased to support the initiative for introducing a mandatory course or courses of civic education based on new approaches and methods of teaching. Undoubtedly, a role-playing game that will give students an idea of the real work of legislature should contribute to improving the quality of teaching, and will increase students’ interest, their performance, and, consequently, their level of internalization of the information. We will be glad to continue our cooperation with the Agency for Legislative Initiatives in this sphere. Natalia Amelchenko, PhD, professor of political science (NaUKMA), explains the essence of the Agora game that simulates the legislative process in the Verkhovna Rada. 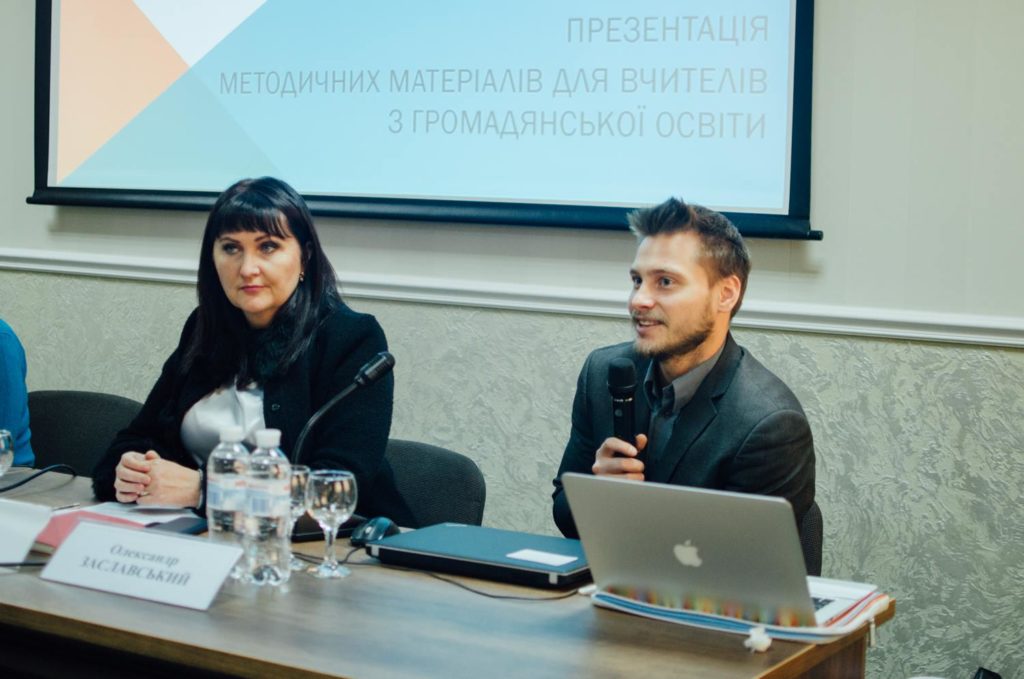 Oleksandr Zaslavskyi, Deputy Chairman of the Agency for Legislative Initiatives, emphasized that the introduction of civic education in schools would neutralize unreasonably high expectations of the Parliament and will raise the political culture in general. He argues that ever since the early 2000s the improvement of the functioning of the Verkhovna Rada – which the Agency for Legislative Initiatives has been working upon – had been problematic in view of the problems that lied outside the Parliament and distorted the legislative adoption process:

Manifestations of the so-called “lack of political culture” include imperfect legislative procedures, non-compliance with these procedures as such, and lack of transparency in the work of committees and individual MPs. Nevertheless, it is precisely the domain of distorted public perceptions about the work of Parliament, corrupt practices of interaction between voters and MPs, and, consequently, unreasonable expectations that give rise to the problems of the Ukrainian Parliament, which experts can see with the naked eye. 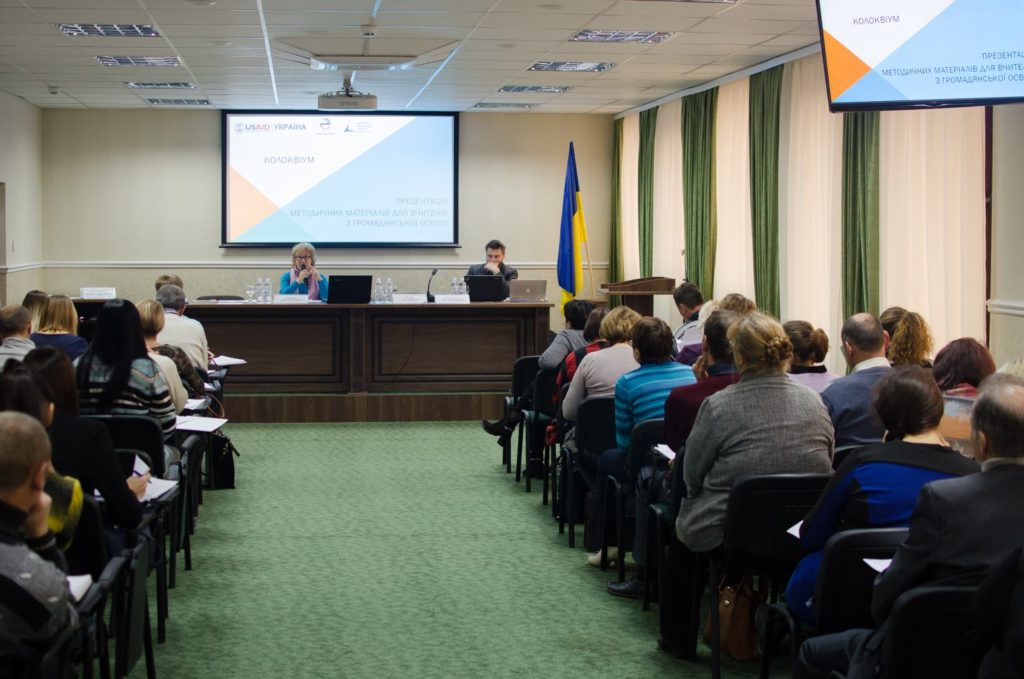 The project is aimed at strengthening the political culture, making basic information and skills of “citizenship” available to the widest possible range of people, consolidating new practices of interaction between citizens and institutions of governance. It is only under such conditions one can expect qualitative changes in the activity of authorities themselves. Changes in the political culture should begin with the secondary school when the basic ideas of future citizens emerge.

Guidelines for the Colloquium are prepared by Agency of Legislative Initiatives with the support of USAID RADA Program: Responsible Accountable Democratic Assembly, implemented by East Europe Foundation.

Colloquium for teachers to present methodological guidelines for the subject of social studies, Chernihiv