“White Paper” is an analytical paper that describes the tasks and logic of the government’s actions in a certain area of public policy, established for public discussion with the public and stakeholders and further implemented by executive authorities. White Papers are published as regulatory documents and may include a short version of the draft law that is to be adopted. 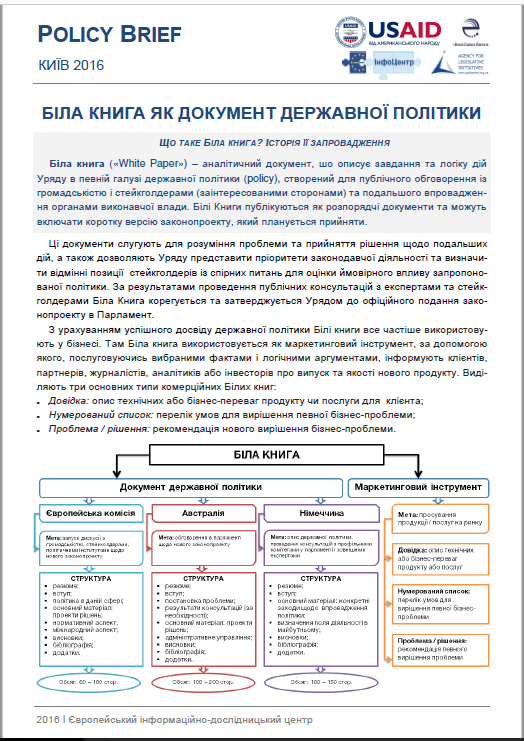 The preparation of Info Briefs is part of the project embodied by the Agency for Legislative Initiatives, supported by the USAID Rada Program: Responsible Accountable Democratic Assembly, implemented by the East Europe Foundation.