On May 19, 2016, (2 p.m. – 4 p.m.), within the framework of the Day of Europe in the Verkhovna Rada of Ukraine, the Agency for Legislative Initiatives held a presentation of the study “Expert Analytical Support of the Legislative Process in the European Union”, involving discussion of the annual report of the European Information and Research Center at the VRU. The event took place in the assembly hall (room No. 12), at the address 18/2 Hrushevskyi St.

The European Information and Research Center is a parliamentary research service that carries out search, analytical and research work into the principles of legislative regulation in other states (first of all, EU countries). Establishment and support of the work of the Center is a step towards reforming the work and approximation to the European standards of the Ukrainian Parliament.

The event was organized by the Agency for Legislative Initiatives under the aegis of USAID RADA Program: Responsible Accountable Democratic Assembly, implemented by the East Europe Foundation. 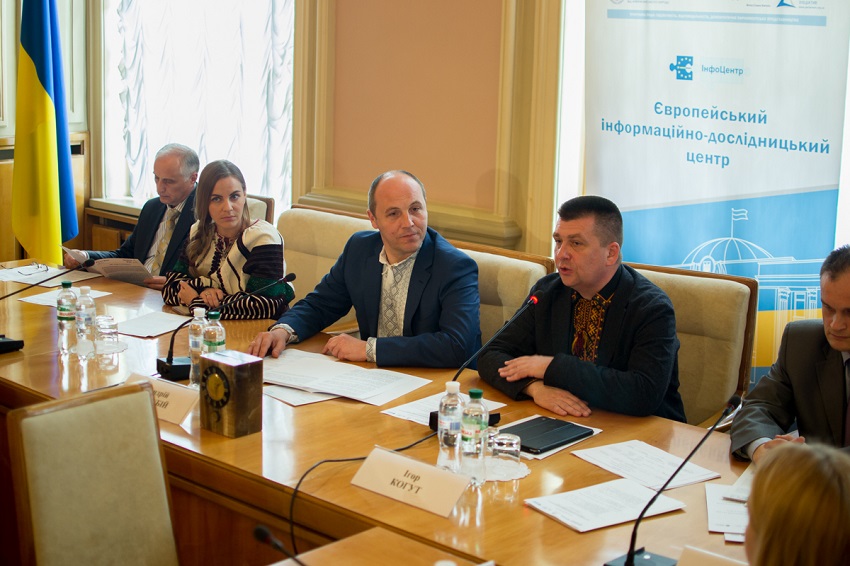 Andriy Parubii, the Chairman of the Verkhovna Rada of Ukraine, welcomed the participants in his opening speech and highlighted the Center’s potential to improve the quality of draft laws submitted to the parliament:

“I fully support the work of the European Information and Research Center and hail it as an institution that aims to step up analytical work and, most importantly, to step it up before bills enter the session hall.”

“Today is the anniversary of the work of the European Information and Research Center at the Verkhovna Rada of Ukraine, supported by the USAID RADA Program: Responsible Accountable Democratic Assembly. Creation of a research service at the parliament and improvement of the library of the Verkhovna Rada of Ukraine are very topical issues, as often mentioned in the recommendations of the European Parliament.” 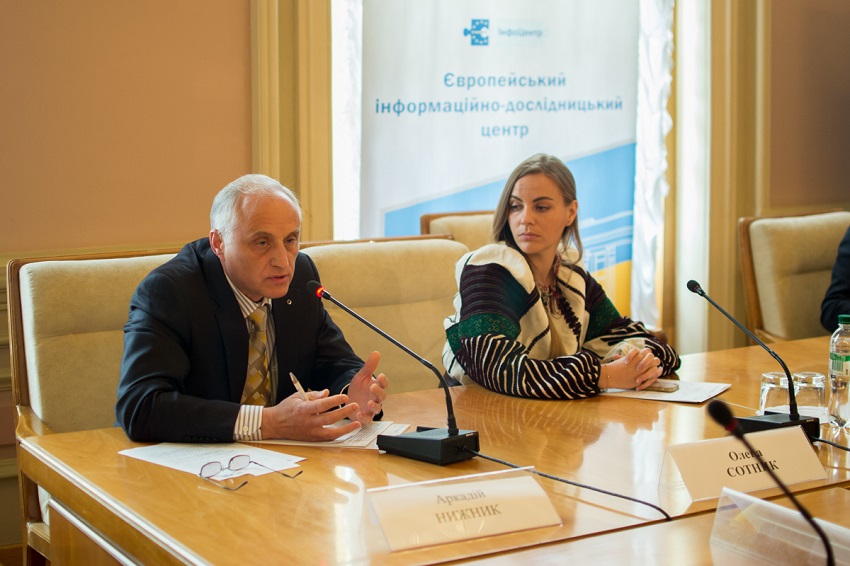 MP Olena Sotnyk, the most active user of the European Information and Research Center, spoke about the benefits of the analytical support provided by the Center in work on draft laws:

“I am a young parliamentarian, and I must say that the first problem I faced in the Verkhovna Rada is the issue of analytical support. It is not a secret that the secretariats of the committees have limited time and resources to provide adequate analytical support for draft laws and to provide information on any aspects of the EU legislation that are of interest to parliamentarians. While working on the draft law which I initiated (Draft Law No. 4649 on Amendments to the Fundamental Principles of the Ukrainian Legislation on Healthcare (regarding admission of family members, guardians, and caregivers to patients in intensive care units) dated 11.05.2016, I relied on the materials provided by the European Information and Research Center in response to my request. Due to this analytical work, we were able to quickly draft the bill that has already been registered in the Verkhovna Rada.”

Arkadii Nyzhnyk, Deputy Head of the Main Legal Department of the Verkhovna Rada of Ukraine, is also convinced of the urgent need to improve the quality of bills currently submitted for consideration in the session hall.

“The European Information and Research Center is a good tool, especially for the committees of the Verkhovna Rada of Ukraine, because it is these committees that are charged with the task of drafting bills”. 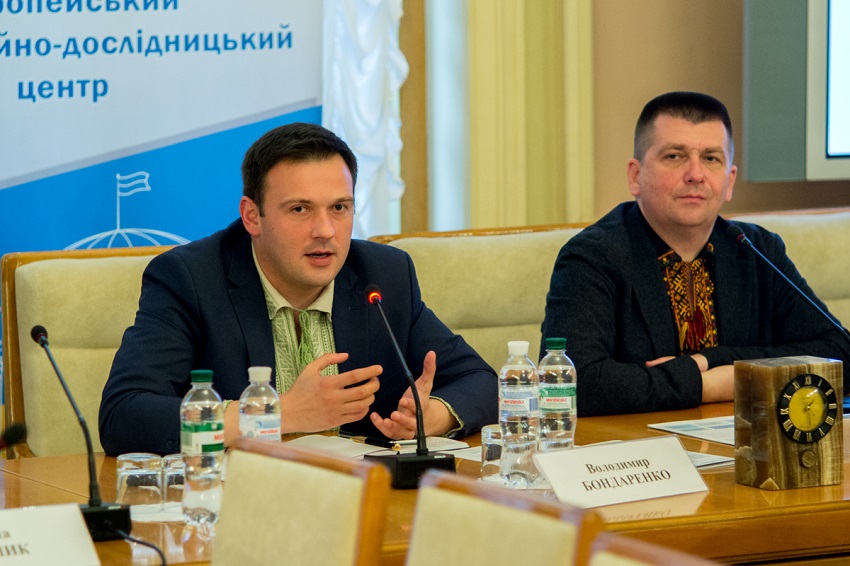 Volodymyr Bondarenko, Deputy Head of the Secretariat of the Verkhovna Rada of Ukraine, Head of the Central Organization Office.

“The Secretariat of the Verkhovna Rada of Ukraine pins great hopes on the research centers at the Verkhovna Rada, since such a format for providing analytical support should facilitate and improve the quality of MPs’ work in terms of productivity as they have to go through an entire array of draft laws on the agenda and, accordingly, adopt a decision to support a certain initiative by their vote”. MP Oksana Yurynets stressed the importance of getting acquainted with the experience of implementation and consequences of certain policies or reforms in European and other countries, because this information will help to predict the possible consequences of such policies for Ukraine:

“When drafting bills, it is very important to have access to relevant information on their implementation and the experience of implementation of similar laws in other countries. Because when drafting legislative initiatives, parliamentarians often do not have a complete picture of how it will work and the possible implications of its implementation.” Tymur Tashtanov, Local Coordinator for the European Parliament’s Capacity Building Program for the Verkhovna Rada, focused on the feasibility of introduction of White Papers as an instrument for establishing communication between the Government and Parliament of Ukraine:

“On the one hand, MPs often complain about the quality of bills coming from the Government, and, on the other hand, representatives of the Government complain that MPs do not vote for their initiatives and block them by alternative bills. In this case, we witness a certain crisis of confidence between the two institutions. Introduction of the White Book institution is aimed at solving this problem. In Ukrainian realities, we can conduct an experiment as early as this year and arrange that the Government, before drafting the bill itself, will prepare a concept, the so-called White Book, present it in the committee and to MPs, make a public discussion, receive comments and remarks, finalize it in an appropriate way, and only then will draft the text of the bill”.